HAUNTED WALK III The haunted-attractions business ain't got nothin' on the Cassadaga Spiritualist Camp, which hosts its own annual walking tour through narrow streets and shady lanes tarted up in pulse-quickening Halloween finery. With so much contacting of the Great Beyond taking place on the premises at all times, it logically follows that your chances of running into something genuinely paranormal are significantly higher than in the average church basement. This year's walk welcomes the participation of the Lake Helen Boy Scout Troop 590, whose "Village of the Damned" subdisplay sounds scary enough to make a Brownie soil her leggings. And isn't that the real reason for the season? (7 p.m.-11 p.m. at Cassadaga Spiritualist Camp; also Saturday, Oct. 29; $10; 386-228-2880; www.visitcassadaga.com) 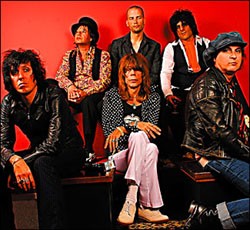 NEW YORK DOLLS Talk about a great warm-up for Halloween: Not only are the New York Dolls back from the dead, David Johansen is looking the part of a walking corpse … of course, he's always looked like that. Although only two Dolls remain alive to take part in this full-fledged reunion – Johansen and Sylvain Sylvain – bassist Arthur Kane was able to take part in the very first reunion show last year before he passed away. With a phenomenal foursome of musicians helping them out, Johansen and Sylvain are wowing crowds across the country with this incarnation of the Dolls. No, seriously. The shows have been knock-down, drag-out rock & roll monsters, and you know that, if nothing else, David Johansen knows how to put on a show. Don't show up expecting a competently middling nostalgia show; show up expecting to get your ass handed to you. (with Fantasie; 7:30 p.m. at House of Blues; $23.50-$52; 407-934-2583) 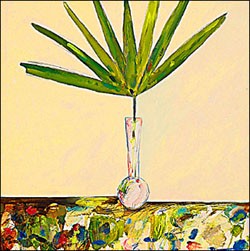 ART TO THE RESCUE At a time when the national news brings word of one catastrophe after another, even the most optimistic soul can start to get cynical about the ability of art to ease suffering. Faced with images of entire communities washed downstream – perhaps for good – the pitch-in efforts of painters and other aesthetic Eagle Scouts run the risk of looking as naively hopeful as the proverbial Band-Aid on cancer. Thank God nobody told the organizers of "Art to the Rescue," a show and sale that will donate 100 percent of its profits to Katrina relief. No glorified yard sale, the show will feature works donated by 46 creatively fecund local luminaries, including Cindy Anderson, Cheryl Bogdanowitsch, Victor Bokas, Donna Dowless, Nancy Jay, Carl Knickerbocker, Theo Lotz and Christine Peloquin. If a dream team like this can't make a dent in Katrina's campaign of carnage, no one can. There! We feel less cynical already. (6 p.m.-9 p.m. at Maitland Art Center; free; 407-896-5506)

DREAMING IN AMERICA Orlando loves Lucero, and if you needed further proof of our city's passion for the twangy troubadours, witness how many people will turn out to see the band … on a movie screen. Park Ave CDs and DMAC are teaming up to present Dreaming in America, a film that documents the band in their on-the-road glory. We're loving this revived trend of making good movies about good bands, and though Lucero may not be the most popular band in the world, they seem to be the most popular band in Orlando. (7:30 pm at DMAC; free passes available at both locations of Park Ave CDs; 407-992-1200)

STARS Though it's a financially extravagant pursuit, we enjoy watching opening acts steal the spotlight from highly touted headliners at big-venue gigs. Much as Rilo Kiley outfoxed Coldplay, Stars will outshine Death Cab for Cutie. These bills are similar, pairing a sprightly band that attaches barbed relationship insights to its hooks with an act that's become too broadly earnest to communicate recognizable intimacy. Although Stars boasts two stellar vocalists, Torquil Campbell and Amy Millan, the Montreal-based band's smart, tart lines ("I'm not sorry there's nothing to save") and deceptively dreamy melodies often seem to emerge ventriloquist-style from Morrissey's mouth. We were so curious about this phenomenon that we called Campbell, oblivious to the fact that it was Canadian Thanksgiving at the time. "I've listened to a lot more Smiths than is probably healthy," he explained from his parents' countryside cottage. "Other than my family and the people I love, I think the Smiths were the most important thing in my life. They saved my life on many occasions." Stars named its 2004 album Set Yourself on Fire, and Campbell's philosophical explanation of the title reveals the fuel for its stage-searing sets. "It means to bring new passion and vitality to anything you do," he says. "It means making yourself vulnerable and letting people see you burn. When you're most near death, whether it's literal death or the death of your childhood, you're incredibly powerful." Artists who simulate emotional immolation to write better love songs tend to be hard acts to follow. (with Death Cab for Cutie; 7 p.m. at Hard Rock Live (also 7 p.m. Monday); $22; 407-351-5483) 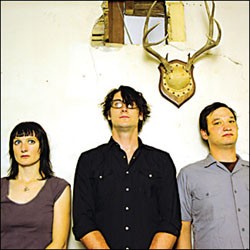 ADULT OK, so it didn't take us long to figure out that Liquid Sky is a shitty movie – shitty bad, not shitty good; that cocaine hangovers are the pits; and that icy, Kraftwerkian ditties about sex robots aren't quite as compelling the 784th time around. But while we pray to the music gods never to hear from the likes of Fischerspooner, Peaches, Client and A.R.E. Weapons ever again, we would've been sad if Adult – the genuinely unsettling Detroit tech-punk outfit helmed by married glower couple Nicola Kuperus and Adam Lee Miller – had gone down with the S.S. Electroclash. That's because Adult was one of the rare acts in that short-lived movement to actually deliver substance with their style (Kuperus sure owns some nice shoes), fashioning solid and deliciously paranoia-laced songs out of vintage Motor City electro, industrial squelch and malevolence, Miller's slithering post-punk basslines and Kuperus's synthetic tongue-lashings and Siouxsie-like caterwauling. Of course, the duo was smart enough to publicly disavow kinship with electroclash well before that boat sprung a leak. They also walk the walk on Adult's latest full-length, Gimmie Trouble (featuring new member Sam Consiglio, also of like-minded Detroit provocateurs Tamion 12 Inch, on guitar), further distancing themselves from the old scene by stripping away most of their dancier (i.e., accessible) synth habits, leaving behind a twitchy, straitjacketed no-wave electro-skeleton that turns even creepier and more confrontational in the live setting. Now that's a party! (with Genders; 8 p.m. at The Social; $10; 407-246-1419)

JESUS CHRIST SUPERSTAR A glance at its debut-season lineup indicates that Impact Theatricals Inc. is going to be a pretty mainstream theater company: After Jesus Christ Superstar, there's The Lion in Winter, Master Class and Aida. So where's the appeal to us "edgy" types? Well, there's the delicious irony of knowing that, exactly one year ago, Superstar's Judas, Ward Ferguson, was emerging from a meat locker every night as Eddie in Theatre Downtown's The Rocky Horror Show – meaning that he's eking out a cottage industry of playing disillusioned, doomed sidekicks who fall out of their masters' favor. And it could be interesting to see how a slight delay and venue change (Superstar was originally slated to open a few weeks ago at The Plaza Theatre) has allowed Impact to make some promised improvements in its presentation. Letting Jesus survive, we're assured, is NOT one of the alterations, though we hold out hope that somebody has seen fit to outfit Judas with a sweet ride. Because if you ask us, that's what the show has always needed. (8 p.m. at Orlando Repertory Theatre; through Nov. 19; $12-$25; 407-896-7365)

BENEVENTO/RUSSO DUO We can't figure out if they're psychedelic freaks, punk freaks or post-jazz freaks, but one thing's for sure, we love these two freaks. Thudding drums and droning funk organ get all swirled up in a distorted jam that's super-way-out, and these two guys define what it means to flail purposefully through a song. Although it pains us to have to share a band this awesome with all the hippies who love 'em, it's a small price to pay to witness such lovely freakishness. (9 p.m. at The Social; $13-$15; 407-246-1419)