As a full-time travel writer, I'm used to flying across the country for research, but thanks to the pandemic I haven't strayed more than 50 miles from my home since early spring. That was until two weekends ago, when I ventured outside the Orlando area for the first time in almost six months for a brief vacation in Siesta Key. Home to the "best beach in the USA," this tiny Gulf Coast village has long been my favorite spot for escaping Orlando's crowds, but what I found there frankly shocked me. Despite it being the traditional "slow season" for tourism, the downtown sidewalks were swarming with mostly unmasked visitors, and prime portions of the shoreline were saturated with sun umbrellas and beach chairs, leaving little space to find a six-foot radius of empty sand.

While some of those folks may well have been spreading COVID-19, they were also spending stacks of cash in the local shops and restaurants, and our hotel's staff said occupancy was approaching what they'd typically see during peak holiday periods. Contrast that with the situation in Orlando, where the summer's brief post-reopening bump in business has begun to backslide. Universal Orlando recently shuttered two more of its hotels, laying off 1,291 employees, and is now keeping its Volcano Bay water park closed on Tuesdays and Thursdays. Walt Disney World has reduced operating hours at all four theme parks, and despite last month's widely reported announcement from the Actors Equity union, still hasn't restarted most of its stage shows.

With previously unheard-of discounts being offered to Florida residents – such as $50/day Disney tickets and "buy a day, get the rest of 2020 free" at Universal – the parks have been packed with locals on weekends, but during weekdays they remain depressingly deserted without out-of-state travelers to fill them. While those major resorts are likely too big to fail any time soon, the downturn's domino effect has been devastating on smaller attractions, especially those along the International Drive corridor that thrived on convention attendees.

The latest example of this terrifying trend, and one that hit me particularly hard, was the hopefully temporary closure of Sleuths Mystery Dinner Shows on Aug. 23, only weeks after celebrating its 30th anniversary. More than merely serving tourists witty whodunits with surprisingly tender prime rib and bottomless beer, Sleuths provided a much-needed steady second paycheck for many of the theme parks' most talented performers, and also served as one of Orlando's best springboards for independent theater outside of the Fringe Festival. I have many wonderful memories of attending shows at Sleuths, and look forward to their most triumphant return in the future. 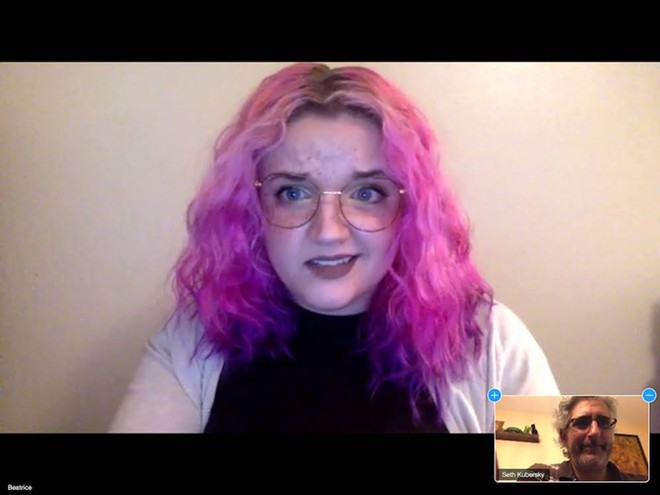 Unfortunately, many of the elements that made Sleuths so memorable – gathering with strangers around a communal table, mingling face-to-face with the performers, shouting questions across a crowded room – are decidedly problematic during a pandemic. However, Orlando's women-led theater troupe Phoenix Tears Productions (phoenixtearsproductions.com) has been experimenting with a new form of interactive storytelling that takes much of what I loved about Sleuths, gives it a sinister cyber-twist, and transports it into the brave new world of socially distanced online performance.

Recovery is a 90-minute participatory performance whose high-concept sci-fi premise posits a world where human souls can be digitized upon death and uploaded into an idealized afterlife, instead of risking purgatory or oblivion. Audience members become newly hired employees of Posthumous, a seemingly benevolent corporation providing virtual nirvana, and are tasked by trainers (William McCoy, Megan Markham) with helping newly deceased customers (Michelle Papaycik, Timothy Watt) accept their eternity by helping them recall memories leading up to their demise. The main mechanism involves watching conversations among the clients' companions (Stephanie Rae, Amanda Boldt, Jade Roberts and Melanie Leon), then interrupting their dialogue with questions to provoke revelations about the protagonists' past; it's a bit like playing a collaborative game of What's My Line? on Star Trek's holodeck.

The story, which was conceived by artistic director Mallory Vance and devised by the cast, combines a fairly pedestrian domestic melodrama with some far-out metaphysical concepts that may feel familiar to fans of Vanilla Sky or Black Mirror. I've seen enough Twilight Zone episodes to know this sort of thing usually ends badly, but despite being a bit unsure of exactly what we were expected to do, my group's efforts resulted in a "good ending"; apparently there are four possible conclusions. There was some initial awkwardness as participants accidentally talked over each other, but the performers' deft improvisations saved the day; Papaycik even performed an unplanned song when prompted.

I've been burnt out on watching conventional plays via computer, but Phoenix Tears reignited my interest in Zoom's potential when used in an innovative, interactive way. There were some inevitable technical glitches; the worst was needing to constantly scroll my gallery view back and forth in order to see the active speaker, but a new patch permitting customized layouts could fix that. Vance plans to expand Recovery's limited "proof-of-concept" run into a larger experience titled Posthumous this December.

In the meantime, Phoenix Tears is hosting a haunted audio experience (similar to the headphone-based adventures they've staged at Fringe) called Infected Oct. 3-31; see phoenixtearsproductions.com/infected to learn how you (and up to 4 friends) can experience a viral apocalypse ... except this time, for fun.