New Museum of American Arts and Crafts Movement readies for its grand opening this winter in St. Pete 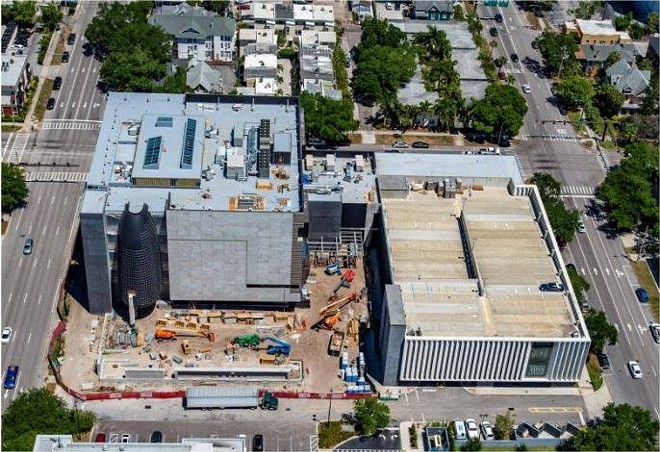 Image via MAACM | Facebook
St. Pete is already home to some of Florida’s most highly rated museums, but this winter another highly anticipated one will finally open its doors after nearly four years of construction. The first of its kind, 137,100-square-foot Museum of the American Arts and Crafts Movement in downtown St. Pete is spread across five floors and will house one of the nation's largest collections of art from the American Arts and Craft Movement.

After years of failed attempts at opening the museum, including one across the bay in downtown Tampa, founder Rudy Ciccarello followed other private art collectors in realizing his dream in St. Pete, which is home to other museums that grew from private collections including the Dalí Museum and the recently opened James Museum of Western and Wildlife Art.

Image via MAACM | Facebook
The granite and bronze-clad $90 million museum was nearly all privately funded, with substantial donations from Ciccarello. The museum will house his more than 2,000-piece collection of early 20th-century art, which ranges from small pieces like jewelry to full-size rooms by a who’s who of Arts & Craft Movement artists including Gustav Stickley, Alfred Stieglitz, Louis Comfort Tiffany, Charles Rohlfs, Alsop Robineau, Alvin Langdon Coburn and Frank Lloyd Wright.

A nonprofit was created to oversee the collection and has worked directly with Ciccarello on designing the museum. 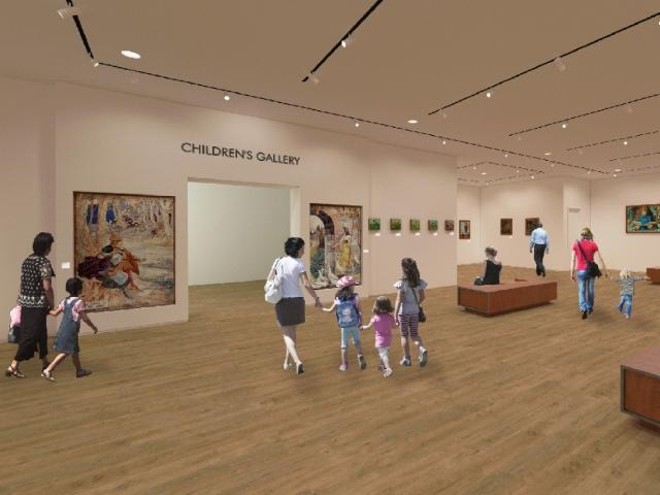 Image via MAACM | Facebook
Guests will enter a spacious atrium filled with natural light and an 80-foot-high tile mural. A spiral staircase will pull visitors to the upper floors, where 50,000 square feet of gallery space, including 10,000 square feet for rotating exhibits.

Image via MAACM | Facebook
Back on the first floor, there will be a fine dining restaurant, a café, an events hall, a 100-seat theater, a retail shop, a graphic arts studio, and an educational center focused on children’s programming. More than half of the museum will have quarter-sawn white oak flooring.

Once it opens, it's expected to greet more than 150,000 visitors per year. Major construction is now wrapping up, with the MAACM expected to host its grand opening by the end of the year.