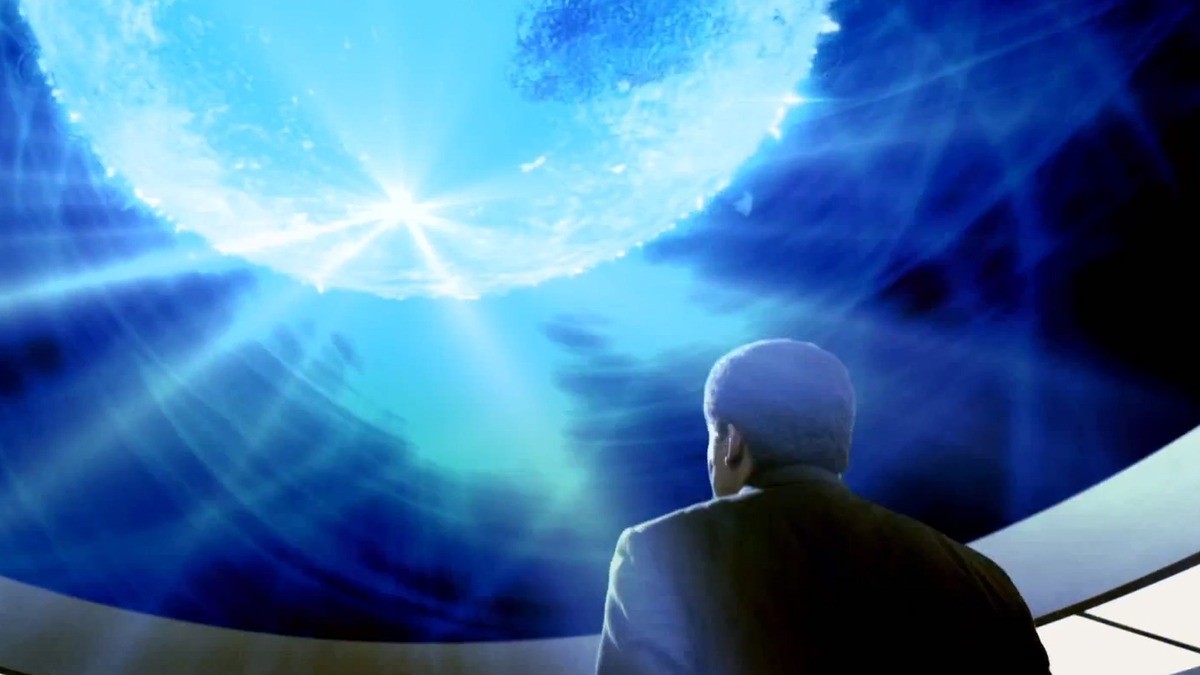 Though the Spaceship of the Imagination has been resigned from the star-bound dandelion seed into a sleek, tech-friendly cruiser with a Star Trek-y bridge for Neil deGrasse Tyson's Cosmos: Part Deux, the intent of the mini-series looks to be on par with what Carl Sagan set out to achieve in 1980 when the 13 part Cosmos: A Personal Voyage (available on Netflix and Hulu) hit PBS airwaves.

Sagan's original, co-written and co-produced by Ann Druyan and Steven Soter, was a landmark of educational television that remains as relevant today as it was 33 years ago. Watching the DVD set, there are a small handful of "updates" from over the years that either Sagan or Druyan has recorded and appended to the episodes, but you'd almost expect obsolescence three decades later instead of a few updates as new information has been discovered  in such a fast-moving, ever-evolving field as science -- especially space science where much of what we know is based on educated guesses that have changed and been rewritten over time (deGrass Tyson, for instance, was one of the key players in downgrading Pluto from planet status), something the series tracks in episodes about Galileo, Brahe, Kepler, Huygens and Hubble.

This new production is not so much a remake as it is another step on the scientific journey, one that seems to be as much about where we're going as where we've been.

It airs on Fox in 2014, and was co-executive produced by deGrasse Tyson, Ann Druyan and Seth MacFarlane.

With any luck, it'll have some choice lines to be autotuned into a new song.