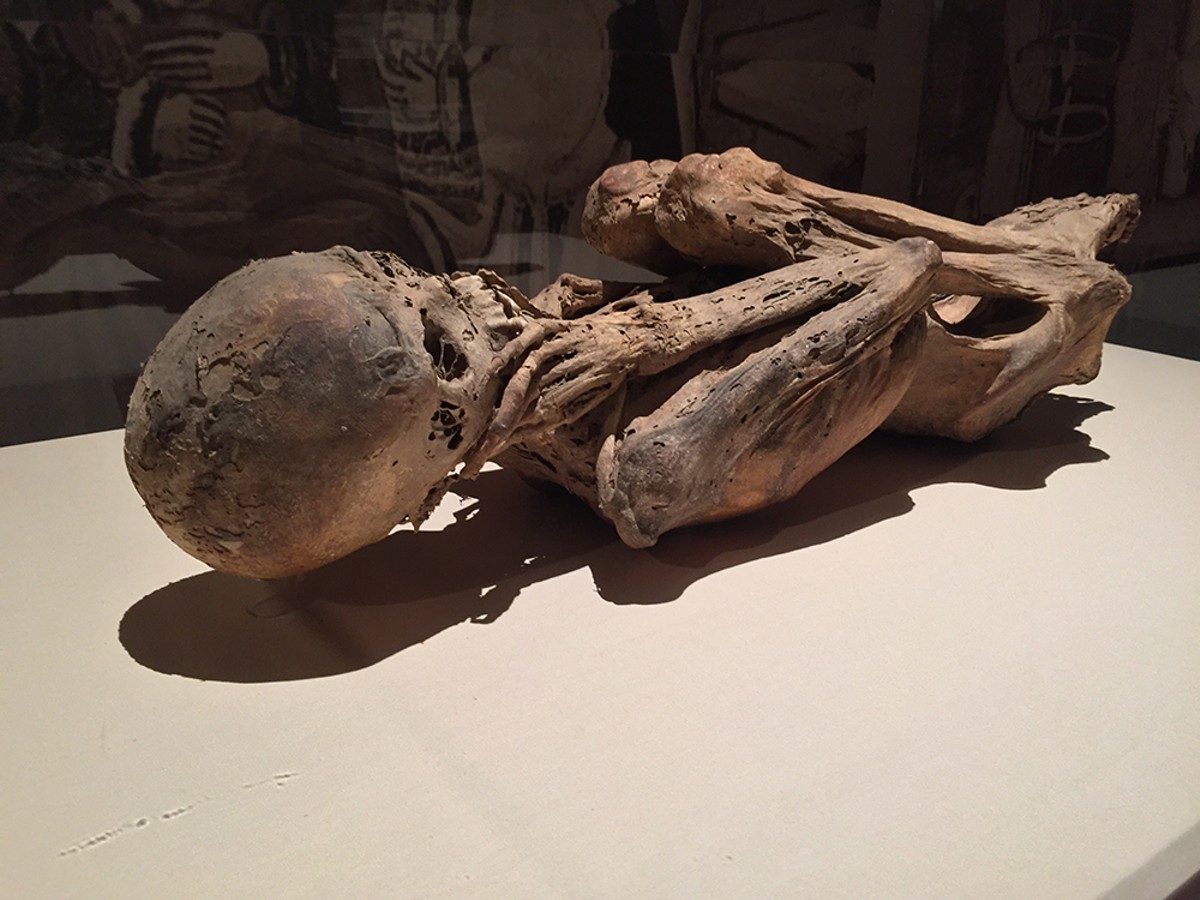 After being caught in torrential downpours at three different theme parks last week, I'm inclemently inclined to inform you of two new indoor attractions, for those afternoons when the family says, "Let's go out," but the sky screams, "Stay inside!"

Mummies of the World: The Exhibition at Orlando Science Center

Upon arriving at the Orlando Science Center for a media preview of the recently opened Mummies of the World exhibition (mummies.osc.org), I was delightfully disoriented by the sleek new entry area that had popped up since my last visit. A more open and obvious location for the ticket counters, and a relocated and expanded gift shop, should make a great first impression on guests drawn to OSC's latest traveling headliner, which will occupy much of the center's second floor for the summer (the "limited engagement" hasn't announced an ending date).

Inside, the exhibit begins with a short video, briefing viewers on the background of the bodies and artifacts they are about to see. Ahead lie dozens of preserved remains, both human and animal, whose decomposition has been halted by means natural and man-made. Their ages span millennia, ranging from second century BCE-era Egyptian priest Nes-Hor (accompanied by his elaborately adorned sarcophagus) to the MUMAB, created in 1994 by University of Maryland's medical school. The collection's highlights include a 17th century German baron and baroness, and an 18th century Hungarian family (father, mother and baby girl), all discovered decades later accidentally mummified.

Though the subject matter is certainly gruesome, all the remains are displayed with the utmost respect; unlike some "Bodies" exhibits, the corpses in Mummies of the World are spared the indignity of "lifelike" poses. Moreover, the build quality and aesthetics of the display cases and curatorial materials far surpass most traveling exhibits I've seen, including some sponsored by the Smithsonian; Mummies looks more like a permanent exhibit than a temporary set-up.

However, those without strong stomachs should be severely forewarned, as this experience is not for the squeamish. (Take the kids, though – they're sure to love it.) Unlike the aforementioned "Bodies," the subjects here have not been "plasticized" to look like shiny anatomical modes. Instead, they are shriveled and desiccated, with bones poking through delicate skin, or mouldering horrors straight out of The Walking Dead – the flayed child from the 19th century Burns Collection is as macabre as anything in Philadelphia's infamous Mütter Museum.

I've covered Artegon (the indoor arts market that's emerged in the extinct Festival Bay mall) a couple times in this column, and it's always been with equal parts enthusiasm for the idea and skepticism that it can thrive in the tough I-Drive market. After my most recent visits there, I'm still cautious, but starting to swing towards optimism. Artegon recently hosted a handful of reporters to show off some of their upcoming additions, including the 4,500-square-foot International Hot Glass studio, where a pair of former glassblowers for the Mouse will teach you how to manipulate a red-hot ball of liquid silicon into a Christmas ornament or paperweight for $45 and up.

Elsewhere around the market, a few of their original tenants have vacated (including RV's international gallery and the Daily City's pop-up shop), but most of the cage-like storefronts looked occupied and custom, themed treatments are being added to all the end-cap booths to alleviate the industrial feel. And the Cinemark, already one of Orlando's most underrated multiplexes, is actually reducing its occupancy from 4,200 seats down to 1,900 so it can install La-Z-Boy-like recliners. Even the Skytrail ropes course, which saw a fatality in its first weeks of operation, has been approved to reopen (though the section involved in the incident remains closed).

But the real buzz around Artegon is about Gods & Monsters, which at nearly 19,000 square feet is billed as the second-largest comic and collectible shop in the country. Its certainly the largest such store I've ever seen, and they've filled every inch with geek-friendly details, from the Blade Runner-styled Off World Lounge, to the amazing Arkham Asylum check-out area, festooned with fiendish props. On the shelves themselves you'll find a wide selection of graphic novels and trade paperbacks, along with a mystifying amount of mid-1990s movie toys, (a situation I hope will change soon). If you aren't into comics, card and board gamers are welcome at the oversized booth tables in the back near the classic coin-ops, and the Transmetropolitan Gallery has a good variety of genre artwork.

The Gods & Monsters grand opening (which included a fire-breathing appearance by my Phantasmagoria troupe) filled the mall's parking lot, but the test will come once the newness wears off. I stopped by on a recent Saturday night and found, if not a throng, at least a fair number of customers in there and around Artegon. Here's hoping this enclave of independent owners and artisans can hang on in the tourist land.