Ms. Helfer will not be shaking hands

Send a News Tip
I had honestly hoped to bring you all sorts of geek-flick news from the New York Comic-Con, but with the latest of their constant calendar changes having put the thing in early fall, major “gets” were as few and far between on the schedule as I feared. This just isn’t a time of year when there’s much to promote or exclusives to premiere; there was no chance for anything like the Up preview or extended Dark Knight trailer we had enjoyed in past years. 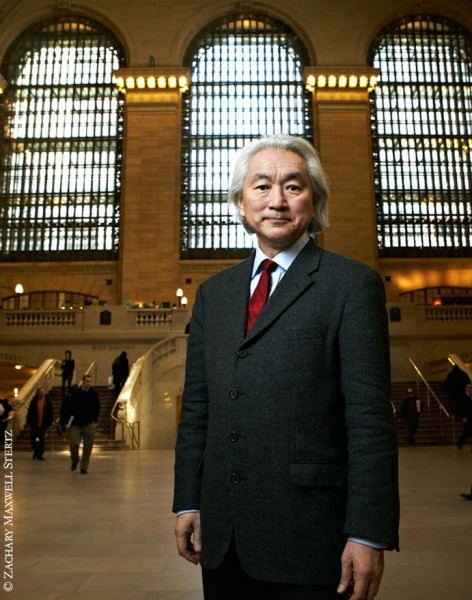 And hang me from the yardarm, but the movie and TV stuff that was on offer at this NYCC just generally wasn’t interesting enough to make me seek the intersection between blogging duty and my one day of pleasure a week. Wanna hear a bunch of Marvel staffers and mental-health professionals talk about how they’d like to see Peter Parker portrayed in the next Spidey film? Yeah, me neither. (You know what they say: Wish in one hand

) And the back-to-back panels with the ladies of Battlestar Galactica and V raised pesky memories of the Spirit panel back in ’08, in which every question Eva Mendes received ran along the lines of “Will you go out with me? No, really

There was only one moment I was genuinely sad I missed: At the Robot Chicken panel, some charming fellow – without any intended irony – reportedly asked Macaulay Culkin “Where have you been the last few years?” Hey, I saw Party Monster and I still don’t know.

So instead, I spent my time getting the lowdown on some actual books. (You remember them: They were the original 3-D entertainment.) There was a fun panel with contributors to Gotham City 14 Miles, a scholarly volume coming this December that will examine the cultural import of the 1966 Batman TV series from a variety of critical angles. (Hey, don’t laugh; I have a degree in this shit!)

Even better was a speculative forum with writer Nick (son of Carl) Sagan and theoretical physicist/activist Michio Kaku, who examined the interrelation of science fact and science fiction with the kind of earnest inquisitiveness you used to get at these conventions four decades ago, when they were about a little bit more than whoring the latest corporate product.

But if you wanna know what’s in, say, Hanna the upcoming collaboration between Joe Wright and Eric Bana, all I can say is, “Hell if I know.” And that’s not me seeking forgiveness for skipping out on the panel/trailer in favor of a tasty $8 hot dog/soda combo, but quoting somebody who went. Sounds like fans of maddening ambiguity and multiple ticket purchases are going to have a field day!

One thing I might be willing to wager on: Hanna won’t be getting a 3-D post-conversion. Because even while the NYCC crowd was spitting into its collective palm to welcome Sackhoff’s arrival, Warner Brothers announced that it’s downgrading its next Harry Potter installment to garden-variety 2-D.  Reading between the lines of WB’s statement, it appears the conversion job the studio had contracted sucked out loud. Like, so bad a major studio wouldn’t even ask you to pay extra for it.

Does this represent one conglomerate’s momentary concession to aesthetic responsibility, or the second death of an industrywide gimmick? I’m not only hoping for but counting on the latter. Forget that played-out Cameron-spew about tomorrow’s 3-D needing more quality control: If WB is willingly giving up that many value-added screens, they know the branding “in 3-D” is now construed as much as a warning as an enticement. And once you find yourself teetering on the precipice of that 50/50 over-under, there’s only one way to fall in a recessionary economy.

I look forward to our encounter with Flat Harry. And whatever future moves Macaulay Culkin might choose to make.