McKay Jenkins talks about "Staying Healthy in a Toxic World" 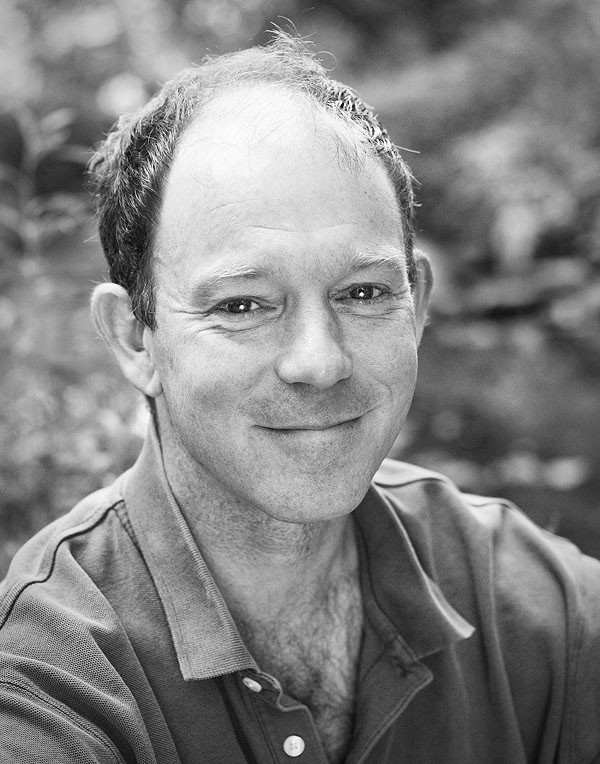 What's Gotten Into Us? Staying Healthy in a Toxic World

It's not McKay Jenkins' fault that I'm afraid of my coffee cup. During a recent interview, the journalist pointed out that the cup is made of plastic, that I have no idea what went into that plastic, and, perhaps most daunting, that the regulation of what goes into the coffee cup is so poor that there is no reason to assume that any of it is safe.

Still, it's not his fault. And what you begin to gather from Jenkins' new book What's Gotten Into Us? Staying Healthy in a Toxic World is that it's not any one person's fault - that as a whole, we've allowed our planet and our lives to be infused with synthetic chemicals, the safety of which is far from certain. Jenkins decided, after a near brush with cancer, to dissect the role of synthetic chemicals in our homes, our bodies, our water and our lawns. As he notes in Toxic, he found that there is quite a bit not to like: "In the last 25 years, the country's consumption of synthetic chemicals has increased 8,200 percent." "[T]he U.S. chemical industry, a $636 billion-a-year business, is so woefully underregulated that 99 percent of chemicals in use today have never been tested for their effects on human health." "Every day" - every day - "the United States produces or imports 42 billion pounds of synthetic chemicals, 90 percent of which are created using oil."

And all this before reaching the end of  the prologue.

Still, his tone is hopeful. By demanding more information and using that information to make better choices, we can begin to sweep up the mess the past six or seven decades has left us.

So, this book is terrifying. How did  writing it change you?

Well, terrifying is one response. My hope is that it will also be empowering, because when you realize the places where your food comes from and it really depresses you, then you kind of wake up to that, so then you can actually make some better choices. In my case, I had a really frightening health scare that turned out by pure luck to be benign, and so I had all the fear and horror and wisdom that you get going through a cancer scare without actually getting cancer, which is a real blessing. So the research led me to look into all these different products we have and all the compounds they're made out of.

In addition to fear, it left me with a sense of real anger about the way that products are made and not regulated. Let me put it this way: The things that go into the products that we use are totally mysterious to us. For example, could you have any idea what's in that cup? [points at the plastic coffee cup] No idea, right? And how would you find out if you wanted to know? There's no label, there's no source, if you're lucky there's a company name. It's very frustrating. So in addition to the anxiety that this stuff creates, it also creates a sense of frustration that you don't have access to information that you want to have so you can make better choices.

We're not stupid people; all we want to do is be able to make good choices.

When I read this, I kept thinking this is literally a story about the future of our race, because it's affecting our children and all of our reproductive health.

It's not just cancer we're talking about. There's really quite a bit of hormonal issues we're talking about, especially with some of these plastics, because they mimic hormonal activity. People should not just be worried that they're going to grow a tumor out of their face, they should also be concerned [about] some of these trends like early adolescence for girls; girls are starting to adolesce at 10 now. Boys, there's like this national, not an epidemic, but a downward trend in sperm density; sperm counts are dropping all over the place. And why would that be? Well, one possibility is that these chemicals are messing with  reproductive systems.

You start to recognize that everything that we use is made out of toxic chemicals, and therefore toxic chemicals are in every square inch of our lives … [and] we've been marinating in this stuff for, like, 70 years. Then you start to read these studies where they can find these chemicals in every inch of the earth. They can find toxic chemicals at the top of Mount Aconcagua, the highest mountain in South America. They can find beluga whales that have breast cancer. They test Inuit people in the Arctic and they've got it, and none of these people live near factories or anything, so you find that these chemicals blow around the world, and they just get into everybody's bodies. Then you've got scientists who say that in a laboratory these chemicals cause X, Y and Z problems for animals. So when an industry says something like, "Drinking out of that plastic cup is not gonna cause you to get cancer and you can't prove that it does," that's true. You can't prove that that cup is going to cause you to get cancer -

"You can't actually see your tumor grow while you're drinking out of  the cup."

Right, but the same argument said smoking one cigarette is not going to cause you to get lung cancer. What common sense seems to say is that you saturate yourself in this stuff over time, and from multiple sources, and it can't lead to good things … [I tried] to break it down chapter by chapter and just lay out all the various ways that people get exposed to this type of thing. And you realize, to your horror, that it's pretty much everywhere you go.

It baffles me that when they started using chemicals nobody stopped to think about this. Why wasn't it regulated from the beginning?

The people who were first introduced to this culture of chemistry were the post-World War II generation. I talked to all kinds of people [who] remember being kids playing on the street and a truck would go by and spray them. They'd be spraying the lawns, but [the kids] would be gagging in DDT spray. So why wasn't that horrifying? It's because people thought this new technology being able to rid the world of bugs was a good thing. Who wants mosquitos? What they didn't think of was that these chemicals don't just kill bugs. They kill other things, and they stick around in the environment.

One of the other big things I got by the end of this book is how everything you do comes out somewhere else. In the epilogue you link a tuna fish can to a light bulb, and it starts to really scare you that you can minimize your exposure, but you can't eliminate it.

One problem with this issue is that it's kind of like global warming … you can drive a Prius and limit your contribution, but it's not going to solve the problem, because the problem is enormous. You can't shop your way out. You need to start thinking about regulating  these chemicals.

Why are we so resistant to regulation in this country? How come we're the ones behind instead of leading on this?

In Europe, the standard line is that chemicals are guilty until proven innocent. Especially Scandinavia has this real tradition of concern for public health trumping concern for business. So what they will say is, if there's some credible reason to think that a chemical is bad for public health, then we're not just going to allow it on the market. And in this country what we say is, we're going to allow it on the market, and we're going to leave it up to you to prove that it's bad.

There's a pretty well-known study in Europe where they started to see evidence that flame retardants were ending up in breast milk, so they banned it, and the amount of flame retardants in breast milk dropped 30 percent in three years, just like that, boom. Now that would seem to be a logical model, but that's not the way things are talked about here. And I think the answer, without simplifying it too much, is that industry has a much stronger influence on things in this country than it does in Europe.

I'm still trying to get over this. I didn't realize how much worse we were than the rest of the world.

And it's not something to be particularly proud of as an American. Is your pride in your country only in the amount of stuff it can make? If that's all you think about, that's what you're going to get. If, on the other hand, you want to be proud of the general health of your population, that would be an entirely different thing to proud of. You would have a really high standard of health and therefore these chemicals would be unwelcome. That would be a really different way to view the world.