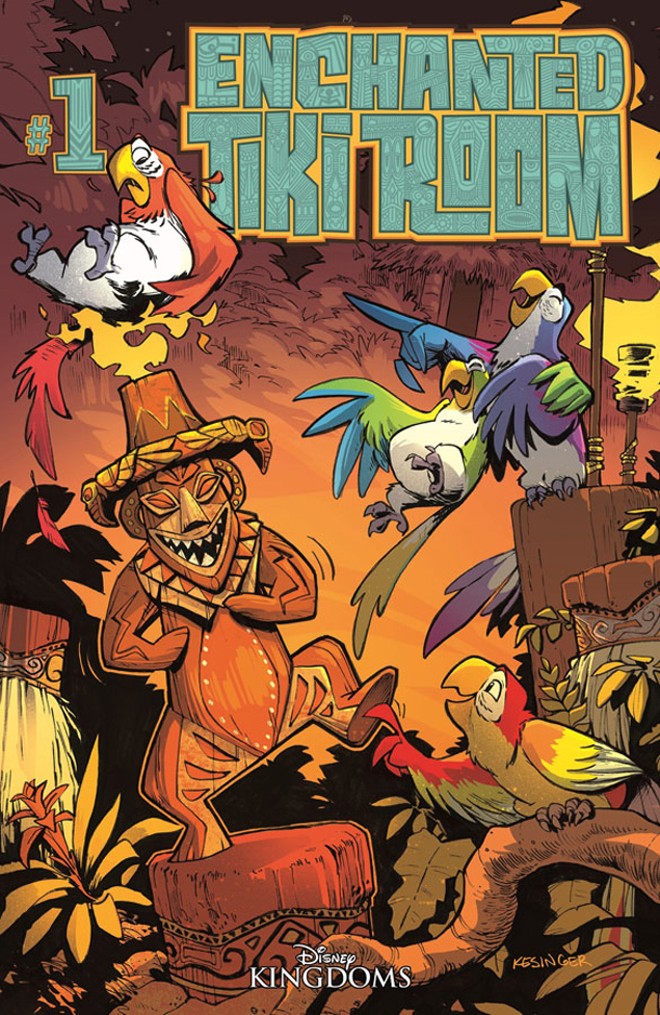 
One of the more interesting aspects of Disney owning Marvel is Marvel's Disney Kingdoms line of comic books. The line brings Disney attractions to life in newly imagined ways via comic books.

Launched in 2014 with the Seekers of the Weird series, Marvel's Disney Kingdoms line seems to be a perfect balance of comic-book fantasy and theme-park detail. Other series in the line have included a steampunk-style reimagining of Dreamfinder and Figment, a Haunted Mansion series that traced the story of two new characters, and a series on Big Thunder Mountain.

Now we have new details on the soon-to-be-released Enchanted Tiki Room series. The Disney Parks Blog recently posted artwork for the new series that will be released in comic stores Wednesday, Oct. 5.

The series will feature five unique, stand-alone stories that will follow visitors to an enchanted island where tiki gods, birds, and even plants all come alive in song and dance. The stories will have interconnected aspects but each story will also feature characters unique to it. Of course, Fritz, Pierre, Michael, and Jose (the famous tiki bird hosts) will all be featured.

Just like the previous ones, the Enchanted Tiki Room series combines the artful storytelling of Disney Imagineers with the creativity of Marvel.

Series writer Jon Adams explains what we can expect:

“The Enchanted Tiki Room is a place of legend, fantasy and mystery. I grew up watching shows where new characters were introduced each week into a familiar setting that had previously established characters. I wanted to apply that vignette storytelling concept to this new series. In each issue, new visitors will arrive by boat to an isolated island populated by singing birds, plants, and ancient Tiki gods.”


The series will also feature varied covers by different Disney Imagineers, including one that features the famous Magic Kingdom Adventureland Orange Bird, along with a limited-edition poster that will be available at certain stores. The line will be available for sale at Disney Parks and in select comic book stores.