Look long into Jess T. Dugan’s portraits and they also look into you 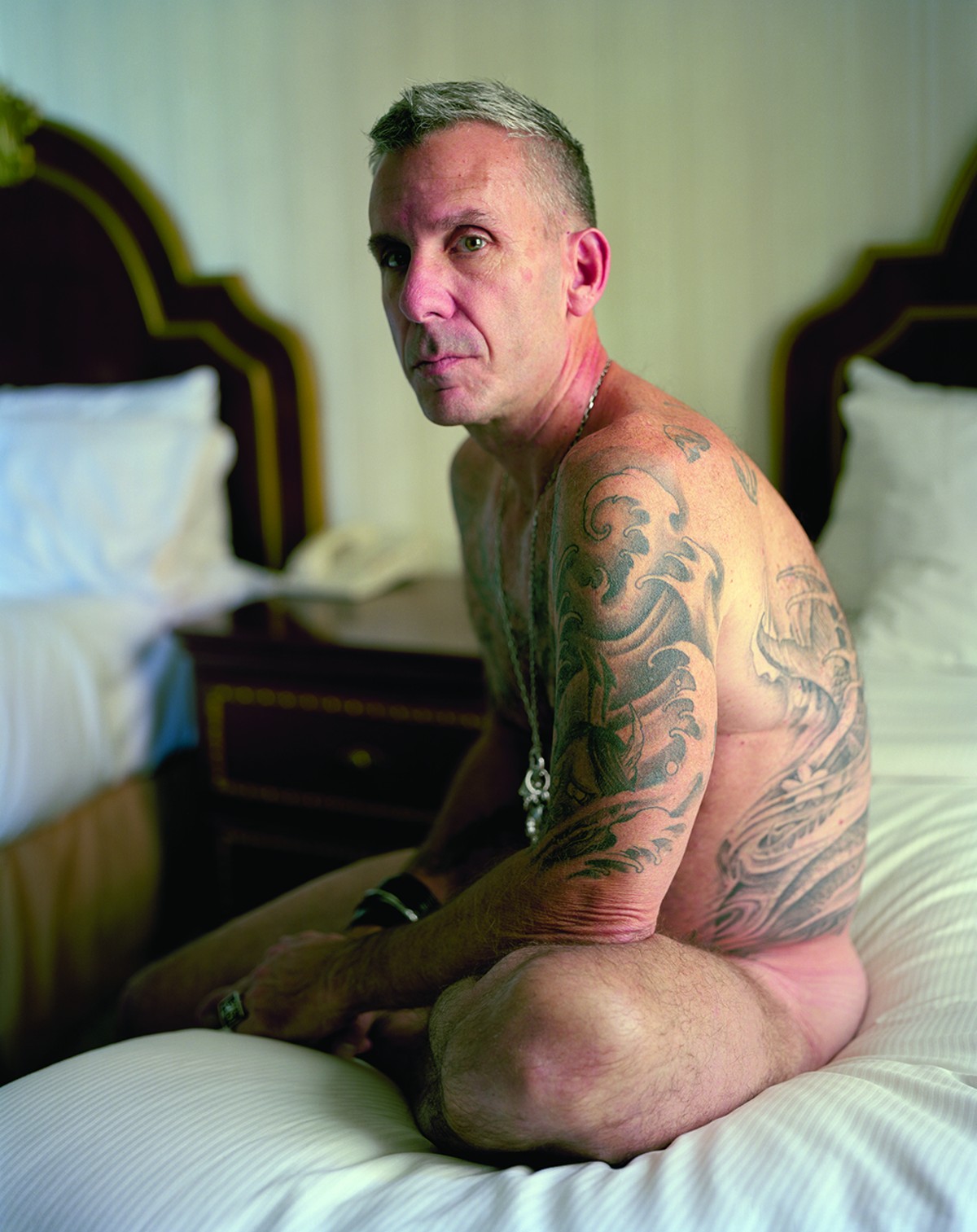 This fall, the Cornell Fine Arts Museum on Rollins' pretty campus shows Fashionable Portraits in Europe and paintings and photographs selected from its permanent collection. Sandwiched in between these venerable masters is Jess T. Dugan's photography project, Every breath we drew, and it is truly the meat in the sandwich. Her startlingly sharp, clear portraits – interspersed with a very few unpeopled roomscapes – are the result of her search for the definition of masculine and feminine identity, with some surprising results.

"I want my viewers to be in this position of intimacy with the subject," Dugan told us recently. By placing people in their homes, often in their bedrooms, sometimes unclothed, she says, "viewers might question assumptions they had about that person, or the LGBT community in general." Dugan wanted to explore masculine and feminine desire as well. "I began making these photographs in 2011 after I moved from Boston to Chicago," she continues. "Masculinity is not a single thing. It is elusive, malleable."

Dugan studied under Dawoud Bey, a noted American photographer whose work often portrays marginalized African-Americans. In Chicago, she sought out LGBT photographic subjects. Each person is tenderly posed, often indoors, often with hands visible. "Betsy," in plaid shirt, leans casually against her chair, looking unsmilingly at the camera. Dugan captures depth in Betsy's eyes and the set of her mouth, yet her subject seems on guard, hands resting but poised to somehow defend. Her black hair rises up in an endearing cowlick; she is pugnacious and vulnerable at the same time.

"Vanessa." Photo by Jess T. Dugan
Click the photo to view the rest of Dugan's portraits.

In these portraits, stripped of distractions, one comes to know each person through just a single snapshot. There is a lifetime of stories in "Devotion," an unnamed nude tying the laces of a boot, its wearer off-camera. In this, as in many of her other photographs, the bedroom is the setting. Suggested in this most private of places are notions of both rest and sexual activity, and, by extension, sexual orientation.

Isolation is implied even in her still life photographs. "Every breath we drew," confesses Dugan, "was so much about this desire for intimacy – and came out of a sense of loneliness or searching." "Table" is softly lit, like many of her subjects. The spare room's wood tones hint of flesh, and glow in reflections from beyond. Tension is palpable in this photograph – it is so achingly empty – relieved only by two drink coasters, indicating, perhaps, companionship. White surfaces in the upper right corner pull the viewer's eye up and out, sending faint signals of hope.

In the mainstream cis world, male and female roles are clear, even though these roles shift and change with the times. In the transgender world, to which many of these subjects belong, gender roles and the subject's identities cross over each other. Dugan says, "I wanted to document how we each come to truly understand and embrace our authentic selves and then, from that authenticity, how we seek connection with others." The diaphanous membrane connecting Dugan's subjects to their physical anatomy, and especially their definition of the opposite sex, is complex and nuanced. One senses the ache of solitude in so many of the eyes of her portraits, and the need for acceptance by just one other person.

In the end, Dugan's portraits zero in on the male principle, and what it means, stripped of its typical testosterone-induced hard-on. The traditional male gaze disempowering all that is female seems somehow turned on its head. Dugan's gaze is delicate and empowers her subjects, encouraging each one of them to come forth, gaze back at the viewer, and engage without preconceived gender associations. Vulnerability is neither masculine nor feminine; strength can be both. Dugan's portraits, by being specific and intimate, ultimately expand one's identity, and suggest that the world is bigger than you think.