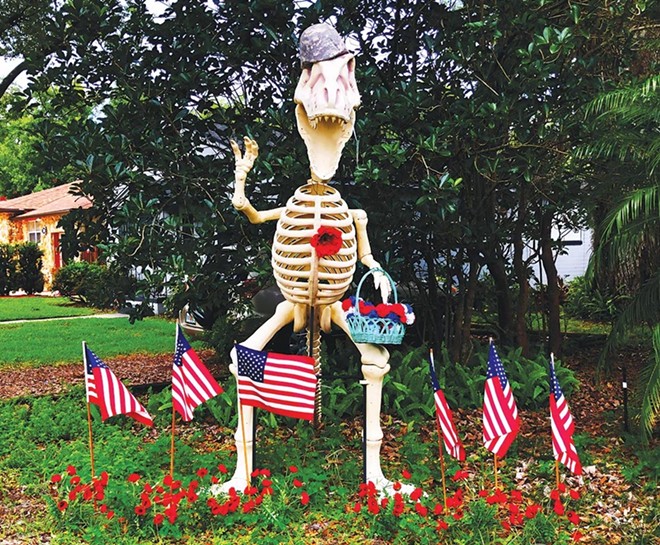 Not since the cursed pages of the Necronomicon unleashed untold horrors upon Ash Williams in The Evil Dead has there been as foreboding a literary reading as the upcoming book launch and ‘haunted dance party’ coming to Orlando this weekend courtesy local imprints Burrow Press and Autofocus.

The night promises eldritch tales courtesy a trio of storytellers Kayla Kumari Upadhyaya, Kristen Arnett and Burrow publisher Ryan Rivas. Books to be unleashed upon an unsuspecting public Sunday are new tomes from Rivas and Upadhyaya. Rivas debuts his Nextdoor in Colonialtown on new local press Autofocus, a collection of photos paired with cryptic local Nextdoor posts. Kumari’s queer ghost story about secrets and the supernatural, Helen House, will be out from Burrow Press. Post-reading, the frights continue with the titular haunted dance party, with musical jump-scares brought to you by DJ Nigel John. And instead of a bookstore or gallery space, this event is going down in venerable Mills 50 venue Will’s Pub.


“Ryan asked if I had a specific vision for my Orlando launch party, and I immediately said ‘haunted dance party’ without giving it much thought! I knew the book would be coming out close to Halloween, which is my favorite holiday. And the book is also set in October,” says Upadhyaya. “To me, Halloween isn’t just one night — it’s the whole month! And because the book exists in the horror realm, it just felt natural to give the party a haunted vibe and make it feel like an early Halloween party. I love literary events that don’t take themselves too seriously and that offer some form of entertainment or activity beyond just a reading.”

“I think that an element of pure fun needed to be introduced. … I was like, ‘Let’s do this in a place where hanging out is kind of prioritized above everyone standing or sitting at attention,” says Rivas of Burrow’s return to live events. “So, it was important to not make this feel like homework.”

When asked about other Halloween elements that will be employed — and politely ignoring our brilliant idea of a bowl of grapes-as-eyeballs — Rivas does divulge a few details: “Kira Gondeck-Silvia did illustrations for Helen House and we’ll be projecting those,” says Rivas. “I asked Nigel to DJ the gig, I was just like. ‘Haunted dance party,’ whatever you think that means … There’s a lot of ways you could go with that and I think there’s probably not a better person to ask for that mood music.”

“For the reading, I’m wearing a dress that is actually inspired by a dress from the book. In the book, the dress becomes an unsettling presence pretty quickly. I think people who have read the book will get the reference when they see me, especially since I’m styling it in a way to look a bit like a doll,” says Upadhyaya of the spooky seasonal flourishes she has in store. “There’s a creepy doll element to the book, and I wanted to evoke that in my outfit. If people haven’t read the book yet, then they’re probably just going to think I’m a very theatrical person — and they might be correct!”

As mentioned above, the night is a collaboration between the more established Burrow Press and newer Orlando imprint Autofocus. In a happy coincidence, both presses had new titles ready to be rolled out that seemed tailor-made for Halloween. “Kayla’s book is a queer ghost story about trauma. It’s definitely of the October mood,” says Rivas. “Nextdoor in Colonialtown is … I consider the photographs to be kind of ‘suburban gothic.’”

Though the focus of the event is on the two new books being unveiled, Rivas stresses an aspect of comradeship as well: “I just thought, ‘We’re both publishers. We’re both launching books. We’re both based in Orlando. Let’s do this.’”

Besides the synergy and personal connections between all involved, both of these book are innovative combinations of image and texts that would be fine additions to the library of those interested in spooky fare with a creative twist.

“I wanted to write a ghost story about sisters and a ghost story about a queer relationship,” says Upadhyaya about the ideas explored in Helen House. “In my fiction, I really like to take straightforward, everyday conflict or tension and find a way to heighten it to extreme proportions or supernaturalize it. With Helen House, I started with the idea of telling little white lies or omitting things from your personal backstory when you’re starting to date someone — which is something I think a lot of people do! But for the characters in Helen House, the lie is really significant and sends both characters barreling toward extreme feelings of grief. That grief then starts to take a possibly supernatural shape in the form of a haunting.”

Originally a shorter piece intended for Autofocus’ literary journal — Rivas credits Autofocus publisher Mike Wheaton as the catalyst behind Nextdoor’s concept — Rivas expanded his collection of foreboding photos of Colonialtown miniatures into a standalone monograph. The photos are paired with postings to the Nextdoor group for Orlando’s Colonialtown neighborhood that at times become the stuff of psychological horror. 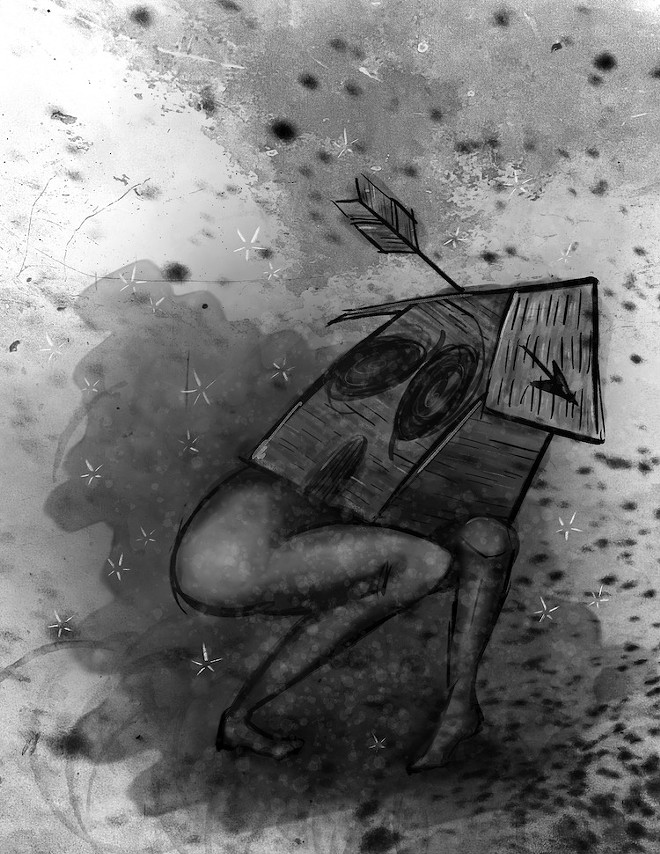 “It didn’t obviously take long to find really barren, awful things. But what I found maybe more interesting about it was not so much what people are willing to say that is shocking and sometimes troubling,” says Rivas, “but the way people say things, the way they phrase things, the quirkiness with which people write publicly, and the topics that they choose to bring up or go off on a tangent about in the comments. So, while there was a lot of darkness there, I was also hoping to mine some of the absurdity as a balance to the darkness.”

Upadhyaya, meanwhile, speaks of a marathon writing session in a cabin in the middle of nowhere that brings to mind The Shining. (She even read Stephen King’s Bag of Bones before sitting down to write, in another eerie parallel.) “I wrote the first draft of this story in one sitting, which is not the norm for me. But the conditions were kind of perfect,” says Upadhyaya. “I was staying in a remote cabin, writing a scary story set in a remote A-frame,” Truly, the conditions were perfect!”

And the conditions will be perfectly frightful on Sunday for a unique night of literary terrors. Step inside at your own peril.