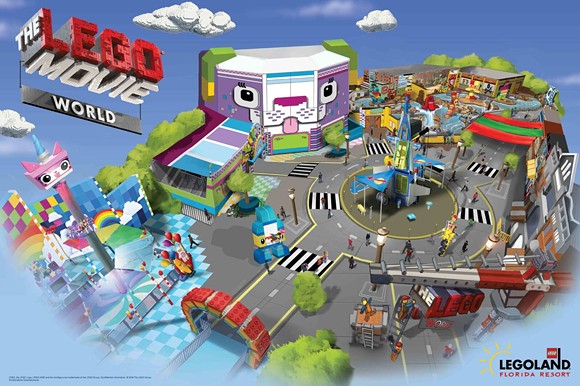 Concept art via Legoland Florida
2019 will be one of the most memorable years ever for Orlando tourism.

A brand-new water park is slated to open on Highway 192 at the new Margaritaville, Universal is opening the first major Wizarding World ride not featuring Harry Potter and Disney is planning a full year of new offerings at Hollywood Studios ending with the massive new Stars Wars: Galaxy's Edge land.

But before any of those projects open two other big new additions will be welcoming guests. Both Legoland Florida and SeaWorld Orlando will open their new kid-focused lands on March 27. 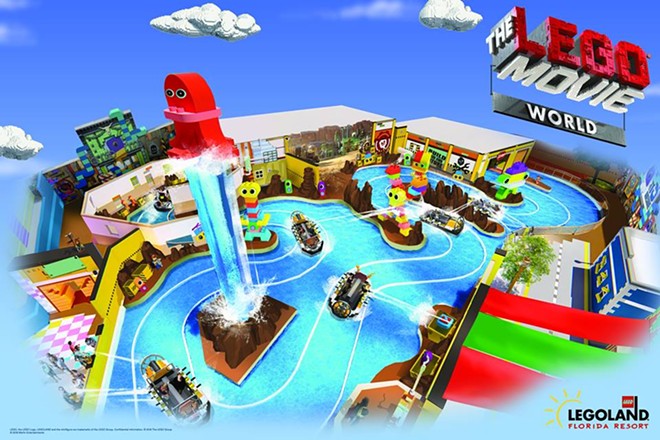 Concept art via Legoland Florida
The former Quest for Chi attraction, a Mack Rides Splash Battle attraction, has been reimagined as Battle of Bricksburg. Using the same ride system as before, the new attraction has guests battle against DUPLO aliens who have invaded LEGO-built Bricksburg. Water cannons were added in the off-ride guest areas so those who aren't riding can still get in on the water-fight fun.

The Chi attraction ride system is the only thing that remains from the previous Chima land. The small splash pad and LEGO race car play station have been replaced by a Soarin' like flying theater, though this one is smaller and has a slightly different ride mechanism than the one found at Epcot.

The LEGO Movie Masters of Flight flying theater attraction adds a third much needed indoor ride to the park. Clocking in at four and a half minutes, Masters of Flights will give riders an overview of the various lands seen in the movies thanks to a massive domed screen. 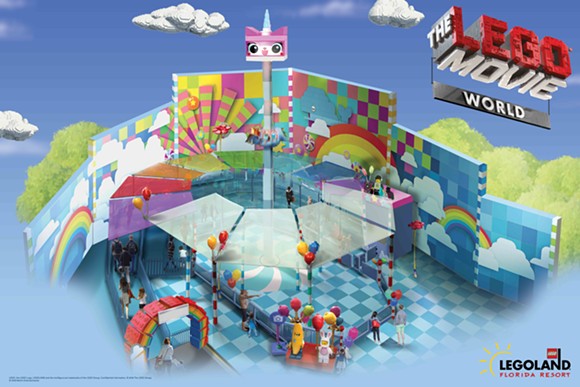 The spinning drop tower attraction is topped by the LED face of UniKitty, who goes through her infamous mood swings throughout the ride, giving riders a bumpy, twisting ride.

An indoor (and therefore air-conditioned) meet-and-greet area will be themed to Emmet's apartment seen in the first movie. It will have Emmet's famous double-decker couch in it. A second photo-op area, via a green screen, will allow guests to be digitally added to various scenes from the film franchise.

Throughout the LEGO Movie World are touches to remind guests that they've been shrunk down to the size of Emmet and the other LEGO Movie characters. LEGOs are 25 times larger, giving the land the same feel as the movies. A giant play structure themed to the spaceship driven by Benny, the astronaut character in the films that inspired by the classic 1980s blue spaceman character, is in the middle of the land. Off to one side is a Taco Everyday restaurant with a 10-foot tall LEGO-like taco on the roof of it.
There will also, of course, be a new gift shop, the Awesome Shop, where guests can purchase merchandise inspired by the movies and other LEGO merchandise. 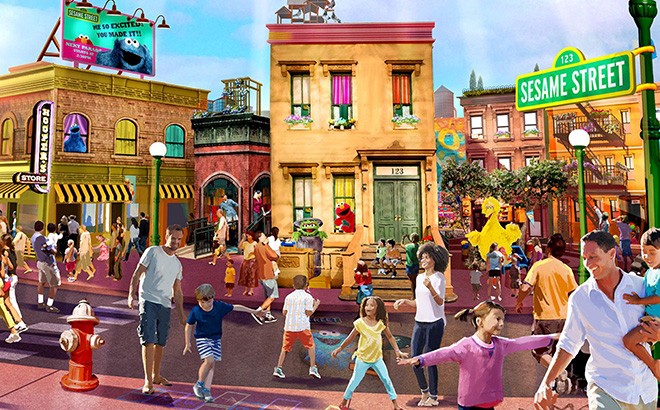 Photo via SeaWorld Orlando
Using a similar approach and opening on the same exact day, SeaWorld Orlando will be opening their own area in the former Shamu's Happy Harbor land.

Many of the rides from the previous land remain, though all have new overlays that better fit with the updated Sesame Street theme. The large net-climb area and water play areas have now been replaced with a full-on, life-size replica of Sesame Street.

On the parks Zierer-manufactured kiddie coaster, Shamu has been replaced by Grover with the Shamu Express now themed as Super Grover's Box Car Derby. The other five carnival-style flat rides within the Sesame Street land are all similar to previous Happy Harbor attractions but with new Sesame Street character themes.

Oddly, the sea-creature themed carousel is remaining, located just outside of the Sesame Street area. Early speculation of this attraction being moved to another section of the park look to be untrue or delayed until one of the park's upcoming updates.

Drawing inspiration from the Wizarding World, the Sesame Street area will have Elmo themed light-up interactive bubble wands along with themed touchscreens and other interactive elements. 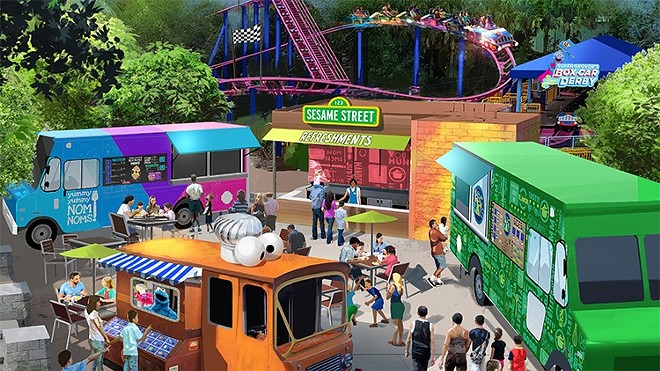 Concept art via SeaWorld
Instead of a spaceship like at Legoland, SeaWorld will have a playground themed to Count von Count. A nearby splash pad, Rubber Duckie Water Works, will celebrate how great a friend rubber duckies are.

Sesame Street at SeaWorld won't have a restaurant. Instead, there will be two food trucks, one with healthy meal options and one with cookies and other Cookie Monster approved sweets. The land's gift shop will, of course, be Hooper's Store.