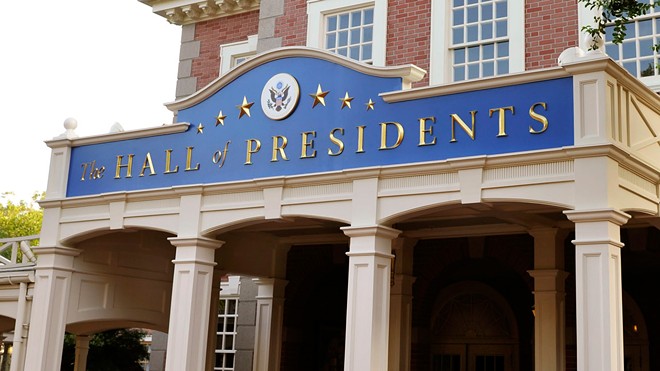 As we previously mentioned, the BidenBot comes with a layer of gloss that was absent in previous attempts and also features an exhibit full of Joe-specific artifacts like a pair of aviator sunglasses. We were expecting chocolate-chip ice cream to be featured in the exhibition, but it probably melts faster than wax.


The audio of Biden taking the oath of office was recorded by Biden at the White House just for this attraction, per Disney.