Follow Shakespearean players around the wooded grounds of the Acre Orlando 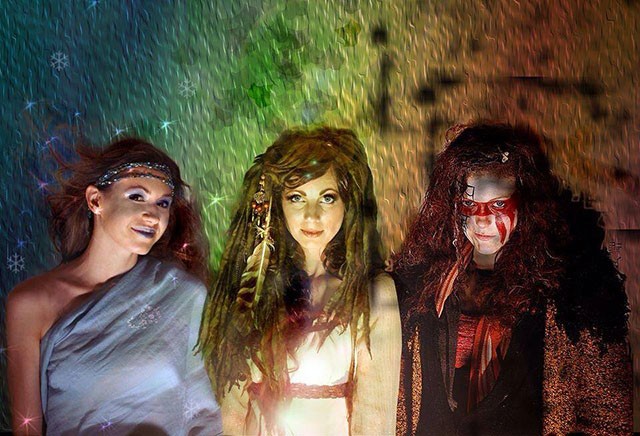 Photo by Jamie-Lyn Markos
THE TEMPEST

Regular readers are probably ready for me to dispense with my frequent rants about how Orlando’s theater companies ought to take more risks, but when one actually accepts my advice, I feel obligated to acknowledge it. Some troupes take a chance by giving a familiar story an unexpected twist during the casting process, like Clandestine Arts’ recent cross-gender Sweeney Todd; others may pick a rarely produced script that requires ample resources, and hope audiences appear to support it (see next week’s feature on Parts 1 and 2 of Orlando Shakes’ Life and Adventures of Nicholas Nickleby).

But it isn’t often a company simultaneously extends itself onto so many limbs as Howler’s Theatre has with their production of Shakespeare’s The Tempest, running at outdoor venue the Acre Orlando through Feb. 15. I was unable to see the premiere as planned (for reasons discussed below), so I did the next best thing and sat down with producer-director Scott Browning on Super Bowl Sunday to discuss the challenges of mounting a literally groundbreaking production.

Browning had to postpone the play’s debut by a day (thereby preventing my attendance) due to the Acre’s rain-soaked playing grounds. Mother Nature nearly canceled their entire opening weekend: “Friday night was cold and rainy … it was just mud there, so we had to break it down. Just before the [Saturday] show it started raining again … It was a definite ‘oh shit’ moment,” Browning admits.

That’s the risk you take performing a play entirely outdoors, with not just the cast but also the audience walking across uneven, dimly lit wooded terrain. It’s a tough concept for some spectators to grasp, Browning says. “We had some people … read the email that said, ‘Bring a flashlight to light your way,’ but even with all that, they were, ‘What? We’re actually moving?’ The first two times we had to move, it was kind of confusing.” His staging choices were largely based on instinct, as this is the first time he’s ever produced or even seen a play performed in this manner.

Browning’s inspiration to stage The Tempest in this interactive, environmental fashion came from a self-professed attention deficit. “When I watch plays, I’m just all over the place, and I wanted something for people like me who aren’t really good at paying attention.” But finding the ideal location wasn’t easy. “I had tried Mead Gardens and I had tried some city parks, but they all had rules that you had to be out by dusk. I went to the New Year’s party last year at the Acre and saw it and said, ‘Yes, this place would be perfect.’”

Another risky addition was the inclusion of Fun Dipped Productions acrobat troupe, who represent “Italian cruise ship entertainers” at the beginning, and “the sprites of the island” later in the play – they were unable to rehearse with the cast, says Browning. “I trusted from what I’d heard and seen on YouTube, but [Saturday] night was the first time I got to see it, and wow!” And add cross-gender casting to the list of Browning’s unconventional choices. “Our lovers are two guys [Miles Berman and Samuel Paul]. I’ve had the question of ‘Why?’ My answer is ‘Why not?’ … There’s no apology. Alonso [Katrina Tharin] is Ferdinand’s mom, Sebastian [Stacy Fulford] is played by a woman, ‘Prospera’ [usually Prospero] is played by a woman [Jamie-Lyn Markos], Caliban [Jill Lockhart] is played by a woman.”

The director insists the gender swaps aren’t a gimmick, but an attempt to rekindle what resonated with him at an all-female production of Julius Caesar he once saw at Orlando Shakes: “They did such a fantastic job, I got more depth to the characters. A mom crying over her son is so much deeper than just a king saying he’s lost his heir.”

Just preparing for the show, which was mostly rehearsed in back yards, turned into an adventure: “We rehearsed in the park until the cops were called [and told us] we had 10 minutes to get out.” When I express concern at his financial vulnerability to the weather’s whims, Browning can only sigh, then laugh. “Let’s just say, I’ve spent the money. It’s already spent. Hang on for the ride!”