Dave Giesbrecht, The Mane Land
The MLS season kicks off in Orlando at 5 p.m. Sunday, March 8 when the Orlando City Soccer Club plays its first major league match against the New York City Football Club at the Citrus Bowl. The club wants to "fill the bowl" for its inaugural MLS game, so leading up to the season, it's holding a series of events giving you plenty of opportunities to showcase your purple pride – and get tickets to the first game – during the preseason.

Next up, at 11:30 a.m. on Tuesday, Feb. 17 Orlando City Soccer holds a kickoff tailgate party at the Hilton Orlando Altamonte Springs. Admission to this event is $60, and it includes an opportunity to meet the team, tailgate and a ticket voucher to the inaugural match on March 8. Tickets are available at CFHLA.org/OCSC. 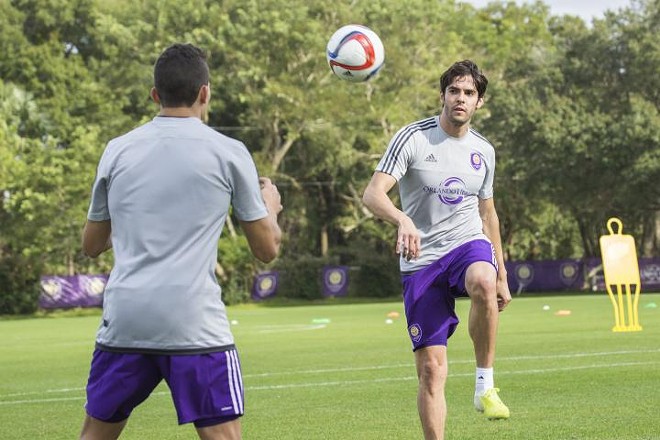 March 3-7 will be downtown’s Kickoff Week.

Join the team at 6 p.m. on Tuesday, March 3 at the Church Street Exchange for Soccer and the City, a fashion-filled night of cocktails, a runway show and a chance to get a glimpse of the team’s 2015 away-game jersey. One ticket voucher for the the March 8 game is included with admission. Proceeds from the event, which costs $50, benefit the Orlando City Foundation.

At 6 p.m. on Thursday, March 5, there will be a Purple Pride 5k where you can “march to the match” through Downtown Orlando. The race fee is $30, you will get a ticket voucher if you run, and you can sign up here.

Gather around the Lake Eola Amphitheater at 6:30 p.m. on March 6 for Soccer Under the Stars, a family event with food trucks and games. This event is free, so you will not get a ticket voucher for attending this one. Just a chance to have some fun with fellow fans.

Finally, on Saturday, March 7 a Guinness World Record will be broken in Downtown Orlando as Orlando City Soccer Club and fans attempt the World’s Largest Pub Crawl at downtown’s official Orlando City Soccer pubs (Wall Street Plaza, Elixir and Harry Buffalo). For $25, you get a ticket voucher to the first game of the season, three Heineken beers and admission to the crawl.

Important to note: Fans are being given ticket vouchers at these events, which need to be traded in for an actual ticket. Check out the FAQ to find out how the voucher program works. More information on these events including registration can be found at OrlandoCitySC.com/OCkickoff.