Getting ‘mugged’ by Kevin Smith: A souvenir cup from the Mooby’s pop-up now sits proudly among other View Askew memorabilia 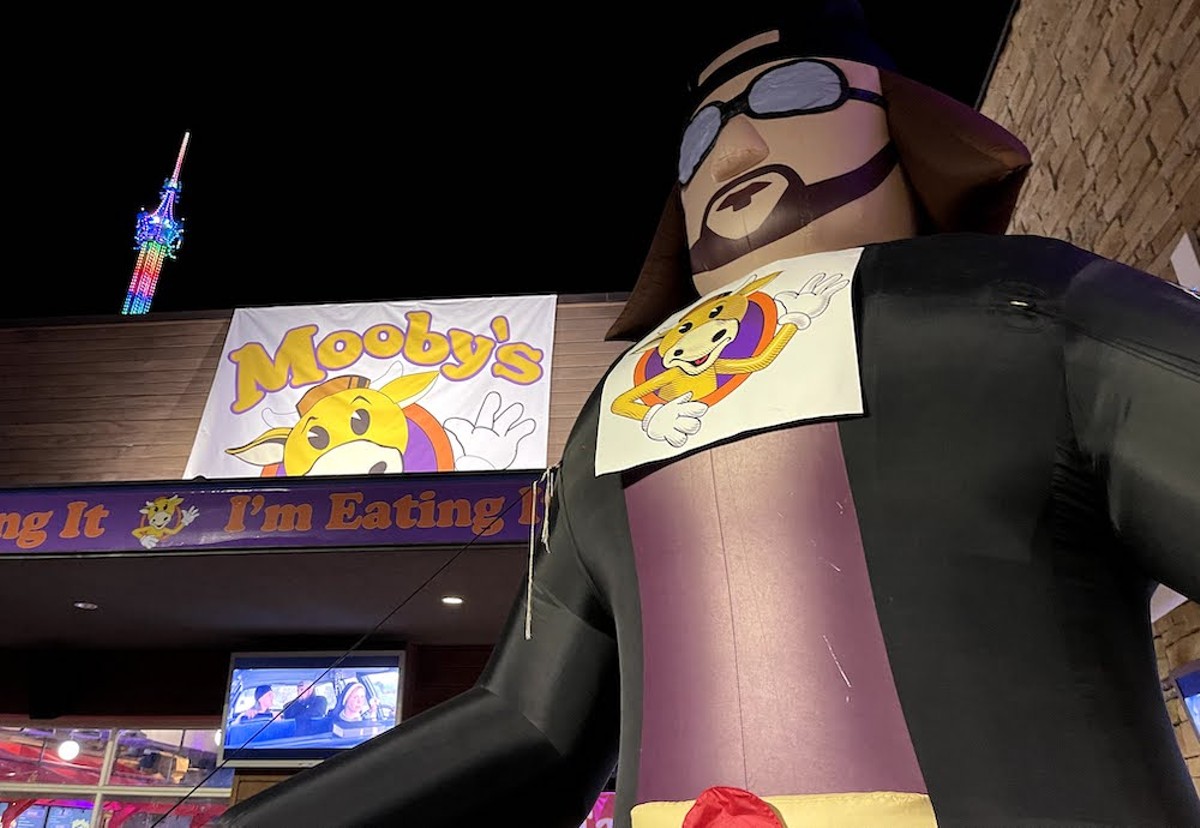 Moviemaker Kevin Smith mugged me last weekend, and I ain't even mad about it.

The year was 1994, and I was among a handful of undergrads at the art cinema in Colonial Williamsburg attending the late-night screening of an ultra-low-budget indie film that had garnered buzz on Usenet groups (the primitive precursor to today's internet forums) after being picked up at Sundance by Harvey Weinstein (back when that was considered a positive thing). The grainy black-and-white visuals were nothing to write home about, but I was instantly captivated by the raw performances and lewd yet literate dialogue; the fact that it was set in a New Jersey suburb similar to my own home turf didn't hurt.

Ever since that first screening of Clerks, I've been all-in on the career of writer/director/actor/merchandiser Kevin Smith, seeing every one of his View Askewniverse flicks in a first-run theater (except for the recent Jay & Silent Bob Reboot, which is streaming on Amazon). I was there in 2002 when he headlined MegaCon; his "hetero lifemate" Jason Mewes was absent from the appearance, so Smith filled the two-hour slot solo by telling the extended story of his notorious Superman Lives script. I was there again in 2013 when his roadshow tour of Jay & Silent Bob's Super-Groovy Cartoon Movie played to a packed house at the Plaza Live. And I've spent countless dollars on his DVDs and comic books in the intervening decades, even making a pilgrimage to his recently relocated Secret Stash store in Red Bank.

His haters glibly jab Kevin Smith for repeatedly recycling and reselling his juvenile obsessions to guileless fans; if so, he's simply following in the footsteps of fellow franchise-founding auteurs like George Lucas, Gene Roddenberry and Stan Lee, who launched his lauded cameo career in Smith's Mallrats. And beyond birthing Gen X's answer to Cheech & Chong, Smith is also by all accounts a mensch who has remained loyal to his lifelong friends — from A-listers like Ben Affleck on down — throughout their public travails, while maintaining an unusually drama-free home life by Hollywood standards.

So when I heard that a pop-up version of Mooby's, the spoof fast-food chain featured in Dogma and Clerks II, would be setting up temporary digs inside a portion of Tin Roof Orlando at Icon Park, my first response was "take my money, yet again." After signing up for early dibs on the limited tickets, I was initially taken aback by the pricing: $29 per person for admission and a "moo main" entree sandwich with "salt licker" side didn't sound unreasonable, but after adding one alcoholic beverage, a soda and a collectible cardboard box, ticketing and order fees brought the total bill for two with tip to a cow-choking $109. In fact, my final receipt was so absurdly steep, I like to think of it as Smith's Banksy-esque satire on runaway capitalism.

My complaints about the cost obviously didn't prevent me from punching in my credit card numbers, and apparently I wasn't alone — the reservation-only event sold well enough to extend four extra days through March 25. (Visit exploretock.com/moobysorlando for tickets.) In fact, not even the terrifying traffic around the I-Drive complex's parking garage (where I nearly died upon entry and exit), nor the socially un-distanced spring break crowd crawling across its grounds, could keep me from my Saturday evening appointment with the Golden Calf.

Luckily, the meal turned out to be far better than I always imagined Mooby's food would taste. My Cock Smoker fried chicken sandwich was far larger and thicker than anything from Chick-fil-a; the Beyond-based Cow Tipper was among the tastiest vegan cheeseburgers I've tasted; and the onion rings and "hater totz" were better than average. Best of all, the venue was decorated inside and out with selfie-ready icons from Smith's films, from reproductions of the original "I ASSURE YOU WE'RE OPEN" banner and inflatable versions of Bluntman and Chronic to "Employee of the Month" signs referencing obscure secondary characters.

Social media reported that Smith himself appeared at the Orlando pop-up prior to my arrival, as did Brian "Dante Hicks" O'Halloran (who wasn't "even supposed to be here today"), but no celebs showed up during my time slot.

After about an hour of listening to the Jay & Silent Bob Strike Back soundtrack (which still kicks some ass) while soaking up the atmosphere and grease with fellow View Askew aficionados, I headed home happy and broke with a couple new pieces of autographed memorabilia and an urge to rewatch Chasing Amy for the 100th time. Call me a sucker, call me a shill; my souvenir Mooby's mason jar (actually a cheap plastic cup with a peeling sticker) now sits proudly on my shelf, and the next time Smith shows up in Central Florida I'll undoubtedly shell out to see him. Maybe then I'll finally get the chance to give him a piece of my mind about substituting footage from Universal Hollywood's Studio Tour for Orlando's Jaws ride in the Mallrats finale.