Gen Y’s production of “Heathers: The Musical” is mostly marvelous 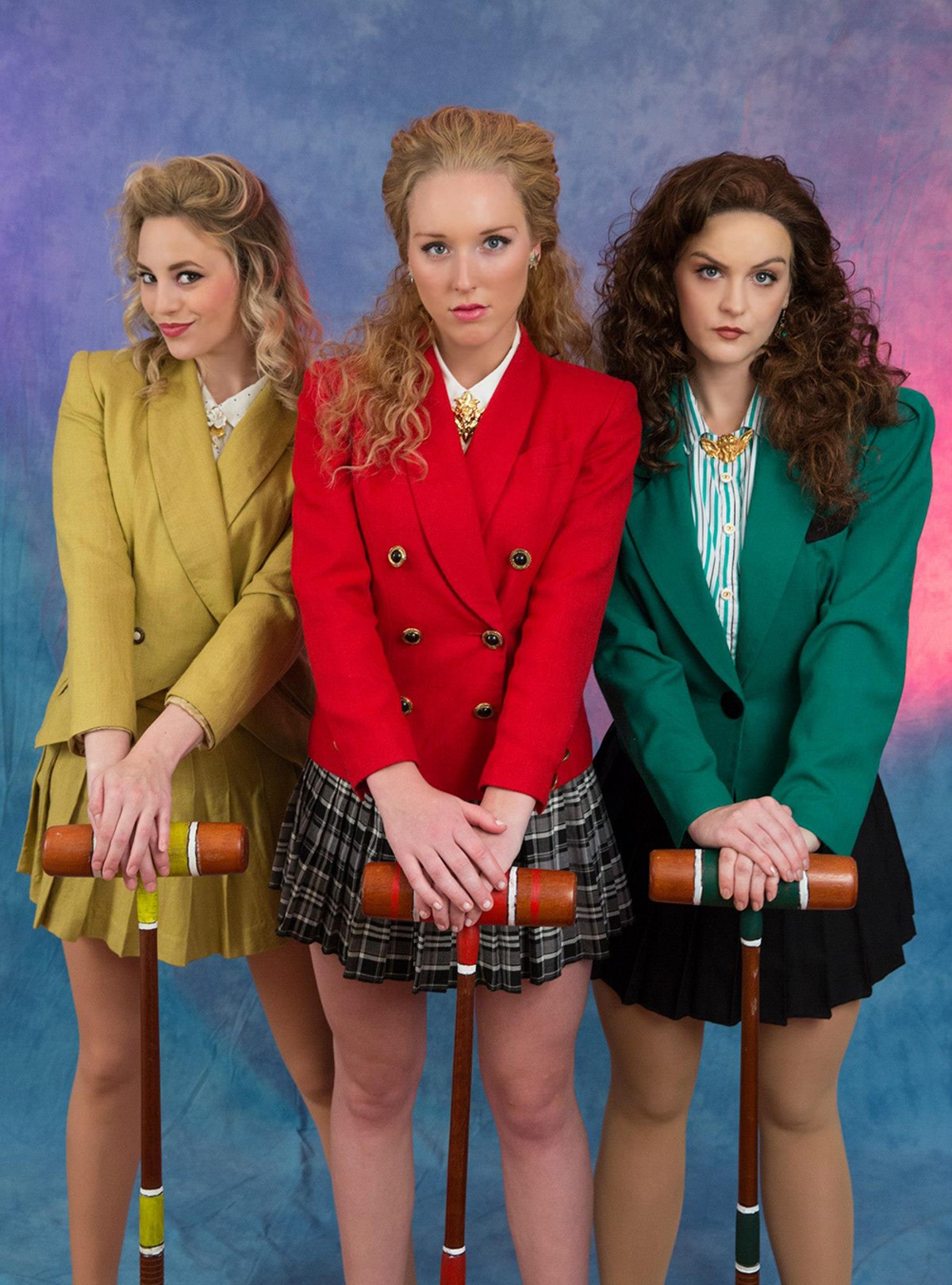 Remember last week, when I applauded two theater productions for deconstructing and reassembling beloved icons on stage? Sometimes my words come back to bite me, because this week I watched that very thing happen to one of my personal favorites. From my first viewing in 1989, I was enthralled by director Michael Lehmann's Heathers; in a sea of John Hughes teen comedies, only Heathers, with its surreal mix of social commentary and vicious violence, correctly captured the cruelty of my high school experience. So I was sorry to miss the brief off-Broadway run of Heathers: The Musical, and psyched to hear that Aaron Safer's Gen Y Productions – producer of Cabaret and The Flick – was bringing its regional premiere to the Dr. Phillips Center's Alexis and Jim Pugh Theater.

Roughly replicating the beats of Daniel Waters' original screenplay, Heathers: The Musical follows senior Veronica Sawyer's (Nicole Visco) transformation from member of Westerberg High's coolest clique to budding serial killer, as she bumps off her best frenemy, Heather Chandler (Lindsey Wells) and a couple of rape-happy jocks (David Kotary, Kyle Wait) at the urging of her unstable boyfriend, J.D. (Thomas Sanders). When the suicides they stage bring out the worst in the surviving Heathers (Jillian Gizzi, Caroline Drage) and the town's clueless adults (Alexander Mrazek, Jessica Hoehn, Shawn Walsh), Veronica is torn between abandoning violence, or going along with J.D.'s explosive solution.

From the opening moments, it's clear that director Kenny Howard and his Orlando-based cast and crew have done a brilliant job making the material as colorful and dynamic as possible. Tom Mangieri's multi-level set, backed by lighting designer Amy Hadley's super-saturated cyclorama, is part prismatic crystal cathedral, part playground jungle gym. Music director John DeHaas' pit band sounds far fuller than its size would suggest without overwhelming the lyrics, and Blue Star's MTV-inspired choreography cleverly lets actors not hired for their dancing chops look credible. Particular applause goes to costumer Kyla Swanberg, who perfectly re-created the feel of Rudy Dillon's iconic late-'80s designs, while subtly adapting and updating the looks for the stage. (Look for an in-depth interview with Swanberg in an upcoming column.) Most importantly, Howard's staging never allows the action lag, smoothly dovetailing scenes for a cinematic flow from start to finish.

As Veronica, Visco is every bit as captivating to watch as the young Winona Ryder was, but brings an energy all her own to the role; her Veronica is more upbeat and assertive, and much less of a gloomy proto-goth. Wells is a dead ringer for Kim Walker as the head Heather, and has her walk and posture down pat – not to mention her vicious way with verbal barbs. Gizzi's Heather McNamara is a delightfully ditzy deer-in-headlights with a deceptively deep character arc, and if Drage doesn't approach Shannen Doherty's balance of beauty and bitchy ... well, who could? The best surprise is Ally Gursky's scene-stealing portrayal of Veronica's unpopular classmate Martha (actually an amalgamation of two characters from the film), who serves as the show's only completely likable character.

The weak link in the cast is Thomas Sanders as J.D.; though he has a strong singing voice, he never approaches the necessary air of cool mystery, seeming instead like a smarmy stalker from the start. As a result, he generates zero chemistry with Visco, and as the show progresses his epic eyebrow overacting becomes actively distracting – quite an achievement in a role originated by Christian Slater imitating Jack Nicholson.

Unfortunately, the script tugs at plot threads from the film – which was Kubrickian in its careful construction – and carelessly reassembles them with knotty results. Every story must change when transitioning between mediums, but reducing and removing Veronica's responsibility for the murders (as the play's revisions do) seriously damages her character development. Sharp edges have been dulled down throughout; even that show-stopping "I Love My Dead Gay Son" number takes a moment of pitch-black parody and amplifies it into outrageous camp, running roughshod over the crucial response ("Wonder how he'd react if his son had a limp wrist with a pulse?") that is supposed to be the punchline.

Though superficially small, taken all together the modifications brighten and simplify the tale's tone to the point of undermining its intent, leaving a gorgeous but hollow shell. If you aren't already a huge Heathers fan, you'll find this musical fully entertaining, but your enjoyment may be inversely proportional to your familiarity with the film.