From a witty portraitist to a gritty local printmaker, Orlando eyes were opened in 2019

Seeing Orlando artist Ashley Taylor's work on a screen, whether desktop or mobile, doesn't do it justice. Her intricate, cartoony prints bubble and seethe with frantic hilarity and nervous tension, the kind of laughter that's balanced on the knife edge between screams and tears. In a 2004 essay for ARTnews titled "What's So Funny About Contemporary Art?," critic Linda Yablonsky wrote, "Funny art comes so loaded with piercing ironies, sudden surrealities, and deadpan expressions of horror or grief that we cannot be sure if it is even OK to laugh. ... The funniest-looking figures, however, are less Popeye than R. Crumb's bearded Mr. Natural, fraught with anxiety, swearing, sweating, and questioning every feeling and thought." That description of Mr. Natural fits Taylor's dripping, shouty homunculi to a T. Taylor described her 2015 installation, Fool's Paradise, as taking on the American culture of "consumerism, voyeurism, narcissism and human morality" – and in Sore Loser, she was still commenting on what irks her, but rather than trying to force the viewer to acknowledge the absurdities of life, this time she just flipped it the bird. She told us in August the show was partially "a commentary on ego and power plays in the painful theater of social life," adding: "I could've fallen into the trap of bitterness and become the sore loser. But I didn't. It was up to me and once I decided that, I was free." 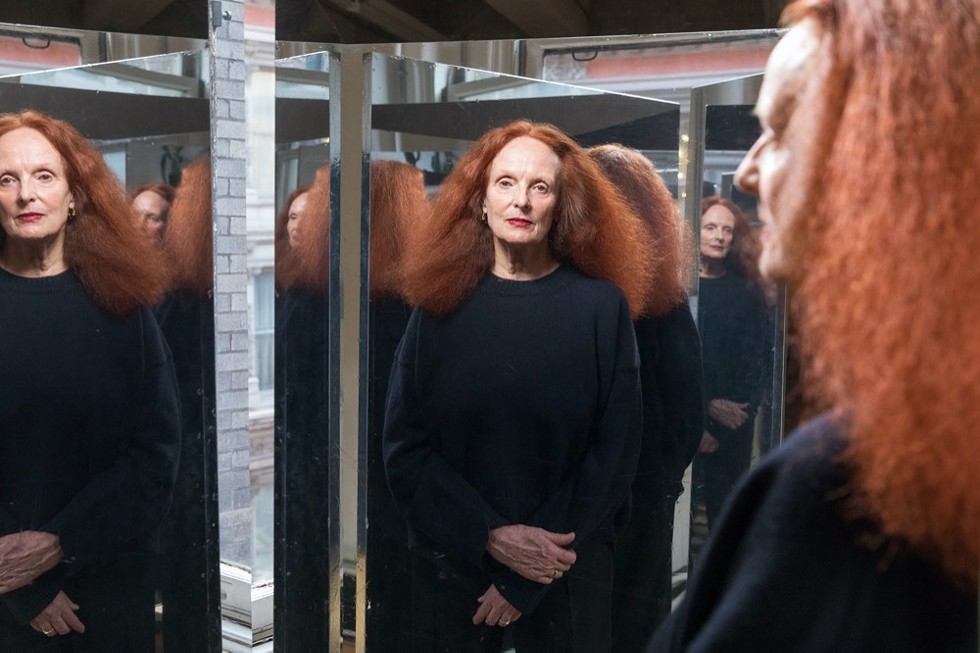 To fortify us at the beginning of the year, Snap Orlando prescribed an exhibition by Duane Michals, the gold standard of fine art portraiture, giving us our chance to see his takes on Johnny Cash, Meryl Streep, Martin Scorsese, Joan Didion, Grace Coddington, Tilda Swinton and other icons from the 1960s to the present, as well as his more recent and curious experiments with daguerreotype. Photography is itself a form beholden to glass – lenses and reflex mirrors – but Michals seems obsessed with reflections, eternally finding new ways to play with the explorations of identity opened up by the echoes and replications offered by windows, mirrors, glass doors and the like. Glass babies, bean pots, lenticular panels and beer labels are not business as usual in fine art, but we do not live in ordinary times. Einar and Jamex De La Torre, brother artists hailing from Tijuana, Mexico, debuted a solo (duo?) exhibition in the Cornell Fine Arts Museum at Rollins College, and they threw babies, beans, beer and more into a contemporary mix of Mexican-American-global sensibilities. The show's name, Rococolab, referenced Mexico's shaggy, over-ornamented colonial architecture that seems, as late as the 20th century, to be stuck in a rococo time warp. But "it also means roco-colab," Einar explained to us. Collaboration is the keyword between the two brothers, whose sense of humor comes through in their blown- and carved-glass, molded-resin, computer-manipulated, found-object-rich sculptures bursting with glossy color, double and triple meanings, and kitsch turned upside down and backwards. Each work was multiplexed with color, materials, images, cultural references and jokes, filling the CFAM's small front gallery with a joyous, maximalist overflow of art and ideas. If less is a bore, then more is better and the most is the best. So how do they know when a work is finished? "When it's full," said Jamex. 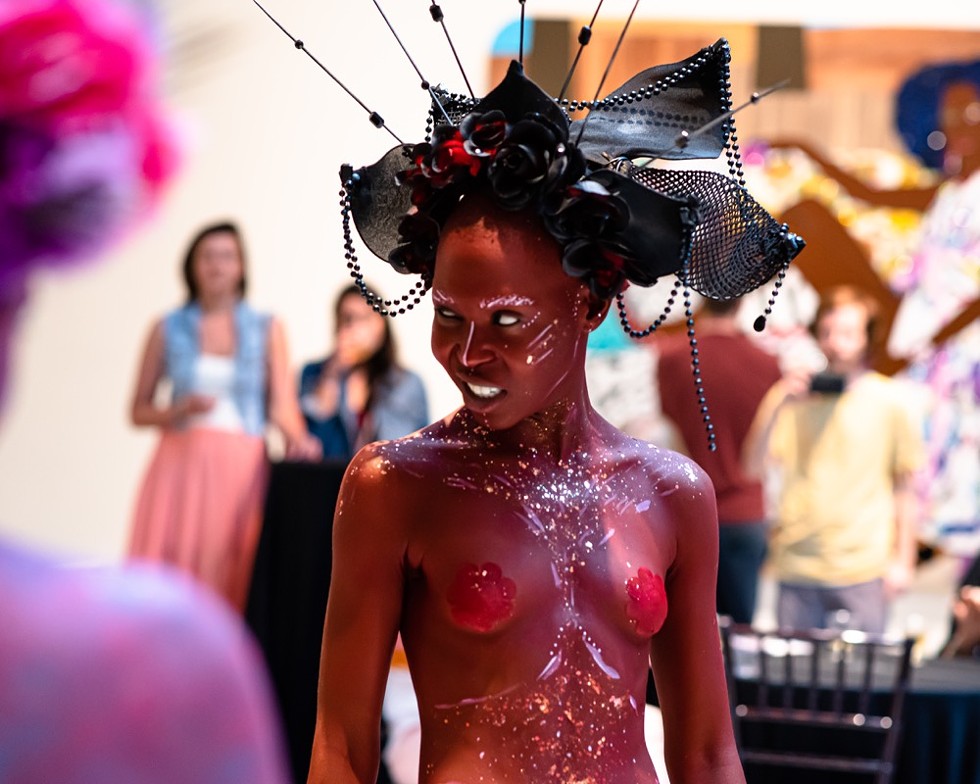 In June the Mercury Collective, a production and advocacy hub for young black creatives, hosted Indigenous Futurism, an exhibition and performance, in partnership with the Orlando Museum of Art's 1st Thursdays events. The theme paid homage to the African origins of human existence, forcing a dialogue that understands and acknowledges the universality of Blackness. The evening featured painting, sculptures and multimedia works from artists across ethnicities, as well as performers in African-rooted body art. Kasa Saka, a group of traditional African drummers, performed alongside producers with MPC beat machines while the Rainbow Myriads danced, decked in body paint by Yaya Delvalle and headpieces by Tyla Harrington. "Orlando is a melting pot," Mercury Collective director Jamal Ward, who proposed the theme to the Orlando Museum of Art, told us. "I'm just trying to stir the pot." 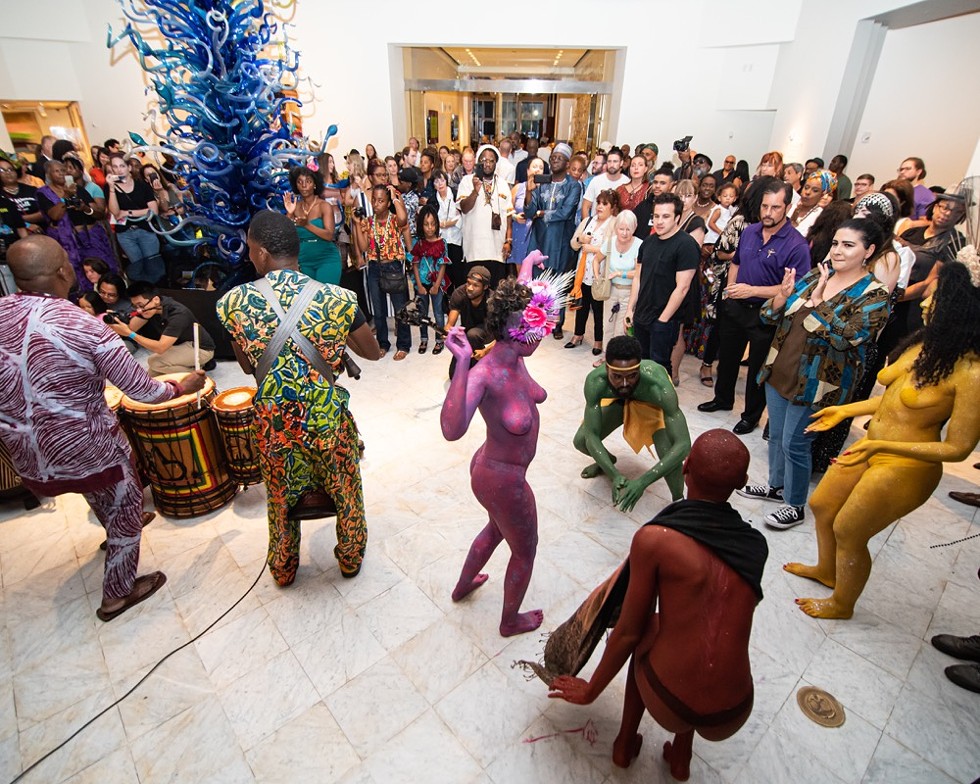 – This story appears in the Dec. 25, 2019, print issue of Orlando Weekly. Stay on top of Central Florida news and views with our weekly Headlines newsletter.