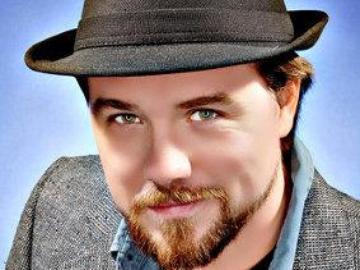 Like any quirky Southern story, Ain’t True and Uncle False starts out as something of a ramble. And it might take a little bit for your brain to disconnect from logic, embrace the story and run with it. But like any piece of folk art, it's the combination of fairytale, twisted take on reality and nonsense combined with a grain of truth that gives it appeal.

Fringe veteran Paul Strickland (a self-proclaimed “professional talker” from Nashville, Tenn.) and his guitar introduce the audience, via a whimsical song, to the rather odd cast of characters that live in a fictional trailer park called Big Fib.

He starts broad, first laying the groundwork for how the trailer park came to be (all parks, you see, used to be one – the dog parks, the amusement parks, the trailer parks, and so forth were all part of Panagea Park, until Panagea broke up and the parks all went their separate ways), then he narrows things down. First he tells individual stories of people who live in the fictional park, such as the woman who was struck by lightening while walking her dog and the lady who taxidermies her goldfish and the Siamese twins attached at the hand who were born a year apart. Then he gets even more specific, bringing in some personal insights and sentiments from the narrator about the connections between the characters – particularly the ones he's got feelings for himself.

The first half of Strickland’s one-man-show is lighthearted and a little bit goofy, but just as I was beginning to feel like maybe this was going to be more all gimmick, no gut punch, his storytelling starts to delve a little deeper and become a little more personal – the pauses in between stories feel more pregnant and the characters, as outrageously fictional as they are, begin to actually take shape, if not as real people, then perhaps as warped memories from a childhood recalled in restless and disturbed dreams.

Strickland’s performance is solid, and the show's content is pure and entertaining – if you’re looking for bawdy and raucous Fringe fare, you won’t find it here. But if you like a humorous, charming and well-played one-man show, “Ain’t True and Uncle False” is worth your Fringe dollar.