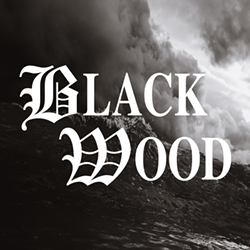 The year is 1967, and Black Wood is the biggest daytime drama (don’t call it a soap opera!) on network television. Sure, the pastry-loving vampiric protagonist (J.D. Sutton) can’t seem to remember any of his dialogue, and the director (Holland Hayes) is constantly battling with the censorious suits in Standards & Practices over the show’s schlocky supernatural storylines. But with the arrival of Caroline Logan (Melanie Leon), an overenthusiastic ingenue straight out of method acting school, the squabbling cast might manage to keep their mouldering manor on the air long enough for their newest cast member to earn herself a backstory.

Let’s cut to the chase: Do you have even vague memories of Dark Shadows, the ABC spookfest starring Canadian Jonathan Frid as the discount Count Barnabas Collins? And does the mention of the phrase “black wood” make you snicker like a 12-year-old boy? If so, the latest comedy from writer/producer Steve Schneider (Escape From Baldwin Park, Ominous George) should be right up your alley.

While the one-liners can be a bit hit-or-miss — it helps to be old enough to remember mid-century pop culture touchstones like Lawrence Welk and Stuckey’s — the crack cast (directed by SAK vet David Russell) is canny enough not to linger on the clunkers. Each character gets to step into the spotlight for a fourth-wall-breaking monologue; these are quite well-written and -acted, although their subject matters — unwanted pregnancy, racism, the Stonewall Riots — require jarring emotional shifts from the surrounding silliness.

Uneven tone aside, Black Wood’s strong performances and snappy punchlines provide a reminder of live television’s bad old days, before binge-watching bulldozed our ability to appreciate sweet anticipation. Plus, as an added bonus, there’s a severed goat head on stage! Now, if only they’d remembered to bring crullers…