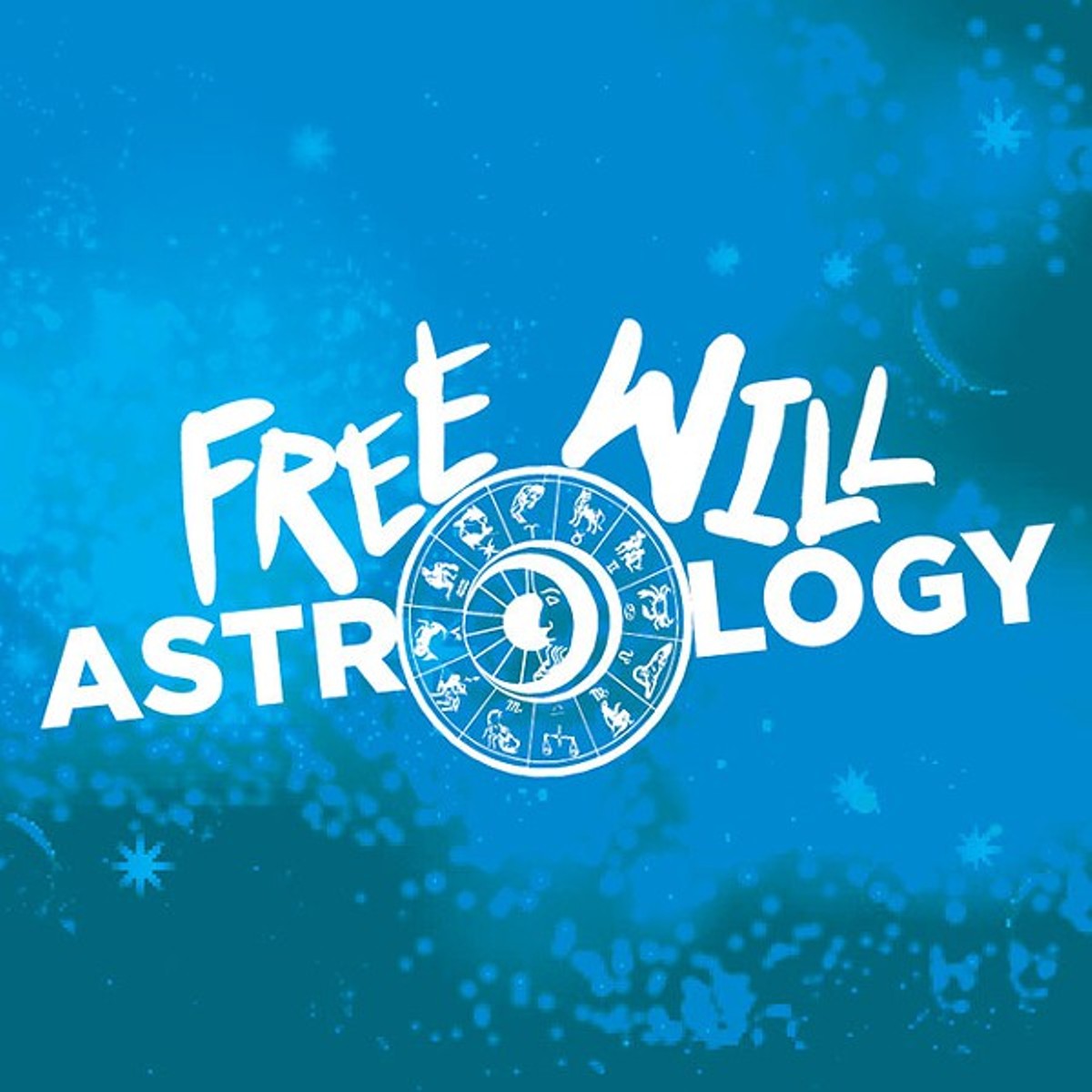 ARIES (March 21-April 1) Stop Making Sense was the name of the film and music soundtrack produced by the Talking Heads in the 1980s. Now it is the central theme of your horoscope. Your brain would benefit from a thorough washing, so I invite you to scour it clean of all the dust and cobwebs and muck that have accumulated there since its last scrub. One of the best ways to launch this healing purge is to flood all the neural pathways with a firehose-surge of absurdity, jokes and silliness. As the wise physician of the soul, Dr. Seuss, said, "I like nonsense. It wakes up the brain cells."

TAURUS (April 20-May 20) When you read a book that has footnotes, you tend to regard the footnotes as being of secondary importance. Although they may add color to the text's main messages, you can probably skip them without losing much of the meaning. But I don't recommend this approach in the coming days. According to my analysis of the astrological omens, footnotes will carry crucial information that's important for you to know. I mean this in a metaphorical sense as you live your life as well as in the literal act of reading books. Pay close attention to the afterthoughts, the digressions and the asides.

GEMINI (May 21-June 20) The English word "quiddity" has two contrary definitions. It can refer to a trivial quibble. Or it can mean the essential nature of a thing – the quality that makes it unique. I suspect that in the coming weeks you will get numerous invitations to engage with quiddities of both types. Your first task will be to cultivate an acute ability to know which is which. Your second task: Be relentless in avoiding the trivial quibbles as you home in on the essential nature of things.

CANCER (June 21-July 22) "A poet must not cross an interval with a step when he can cross it with a leap." That's an English translation of an aphorism written by French author Joseph Joubert. Another way to say it might be, "A smart person isn't drab and plodding as she bridges a gap, but does it with high style and brisk delight." A further alternative: "An imaginative soul isn't predictable as she travels over and around obstacles, but calls on creative magic to fuel her ingenious liberations." Please use these ideas during your adventures in the coming weeks.

LEO (July 23-Aug. 22) July is barely half over, but your recent scrapes with cosmic law have already earned you the title of "The Most Lyrically Tormented Struggler of the Month." Another few days of this productive mayhem and you may be eligible for inclusion in the Guinness Book of World Records. I could see you being selected as "The Soul Wrangler With the Craziest Wisdom" or "The Mythic Hero With the Most Gorgeous Psychospiritual Wounds." But it's my duty to let you know that you could also just walk away from it all. Even if you're tempted to stick around and see how much more of the entertaining chaos you can overcome, it might be better not to. In my opinion, you have done enough impossible work for now.

VIRGO (Aug. 23-Sept. 22) "People who have their feet planted too firmly on the ground have difficulty getting their pants off," said author Richard Kehl. That's good advice for you in the coming weeks. To attract the help and resources you need, you can't afford to be overly prim or proper. You should, in fact, be willing to put yourself in situations where it would be easy and natural to remove your pants, throw off your inhibitions and dare to be surprising. If you're addicted to business-as-usual, you may miss opportunities to engage in therapeutic play and healing pleasure.

LIBRA (Sept. 23-Oct. 22) "A failure is a person who has blundered but is not able to cash in on the experience," wrote American author Elbert Hubbard. In light of this formulation, I'm pleased to announce that you are likely to achieve at least one resounding success in the coming weeks. At this juncture in your destiny, you know exactly how to convert a past mistake into a future triumph. A gaffe that once upon a time brought you anguish or woe will soon deliver its fully ripened teaching, enabling you to claim a powerful joy or joyful power.

SCORPIO (Oct. 23-Nov. 21) The poet Mary Ruefle describes reading books as "a great extension of time, a way for one person to live a thousand and one lives in a single lifespan." Are there other ways to do that? Watching films and plays and TV shows, of course. You can also listen to and empathize with people as they tell you their adventures. Or you can simply use your imagination to visualize what life is like for others. However you pursue this expansive pleasure, I highly recommend it. You are set up to absorb the equivalent of many years' experience in a few short weeks.

CAPRICORN (Dec. 22-Jan. 19) A college basketball player named Mark Snow told reporters that "Strength is my biggest weakness." Was he trying to be funny? No. Was he a bit dim-witted? Perhaps. But I'm not really interested in what he meant by his statement. Rather, I want to hijack it for my own purpose, which is to recommend it as a meditation for you in the coming weeks. Can you think of any ways that your strength might at least temporarily be a weakness? I can. I suspect that if you rely too much on the power you already possess and the skills you have previously mastered, you may miss important clues about what you need to learn next. The most valuable lessons of the coming weeks could come to you as you're practicing the virtues of humility and innocence and receptivity.

AQUARIUS (Jan. 20-Feb. 18) In Margaret Mitchell's novel Gone With the Wind, Rhett Butler delivers the following speech to Scarlett O'Hara: "I was never one to patiently pick up broken fragments and glue them together again and tell myself that the mended whole was as good as new. What is broken is broken – and I'd rather remember it as it was at its best than mend it and see the broken places as long as I lived." Your oracle for the near future is to adopt an approach that is the exact opposite of Rhett Butler's. Patiently gather the broken fragments and glue them together again. I predict that the result will not only be as good as new; it will be better. That's right: The mended version will be superior to the original.

PISCES (Feb. 19-March 20) Australian actress Rebel Wilson has appeared in several successful movies, including Bridesmaids, Bachelorette and Pitch Perfect. But she didn't start out to be a film star. Mathematics was her main interest. Then, while serving as a youth ambassador in South Africa at age 18, she contracted malaria. At the height of her sickness, she had hallucinatory visions that she would one day be "a really good actress who also won an Oscar." The visions were so vivid that she decided to shift her career path. I foresee the possibility that you will soon experience a version of her epiphany. During a phase when you're feeling less than spectacular, you may get a glimpse of an intriguing future possibility.