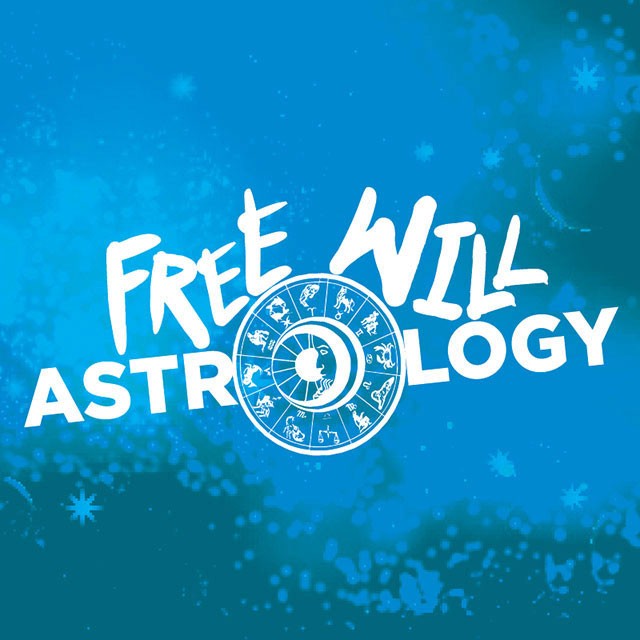 ARIES (March 21-April 19) Franklin D. Roosevelt was elected President of the United States four times, more often than any other president. We can conclude that he was one of the most popular American leaders ever. And yet he never won a majority of the votes cast by the citizens of his home county in New York. I foresee the possibility of a comparable development in your life. You may be more successful working on the big picture than you are in your immediate situation. It could be easier for you to maneuver when you’re not dealing with familiar, up-close matters. What’s outside your circle might be more attracted to your influence than what’s nearer to home.

TAURUS (April 20-May 20) In 2009, actress Sandra Bullock starred in three films, two of which earned her major recognition. For her performance in All About Steve, she was given a Golden Raspberry Award for Worst Actress. Her work in The Blind Side, on the other hand, won her an Oscar for Best Actress. I’m thinking that you may experience a similar paradox in the coming days. Some of your efforts might be denigrated, while others are praised. It may even be the case that you’re criticized and applauded for the same damn thing. How to respond? Learn from Bullock’s example. She gave gracious acceptance speeches at the award ceremonies for both the Golden Raspberry and the Oscar.

GEMINI (May 21-June 20) Almost 2,000 years ago, a Roman doctor named Scribonius Largus developed recipes for three different kinds of toothpaste. One contained the ashes of burned-up deer antler, aromatic resin from an evergreen shrub known as mastic and a rare mineral called sal ammoniac. His second toothpaste was a mix of barley flour, vinegar, honey and rock salt. Then there was the third: sun-dried radish blended with finely ground glass. Let’s get a bit rowdy here and propose that these three toothpastes have metaphorical resemblances to the life choices in front of you right now. I’m going to suggest you go with the second option. At the very least, avoid the third.

CANCER (June 21-July 22) Are you feeling a bit pinched, parched and prickly? Given the limitations you’ve had to wrestle with lately, I wouldn’t be surprised if you were. Even though you have passed some of the sneaky tests and solved some of the itchy riddles you’ve been compelled to deal with, they have no doubt contributed to the pinched, parched prickliness. Now what can be done to help you recover your verve? I’m thinking that all you will have to do is respond smartly to the succulent temptations that life will bring your way in the coming weeks.

LEO (July 23-Aug. 22) Have you ever situated yourself between two big bonfires on a beach and basked in the primal power? Was there a special moment in your past when you found yourself sitting between two charismatic people you loved and admired, soaking up the life-giving radiance they exuded? Did you ever read a book that filled you with exaltation as you listened to music that thrilled your soul? These are the kinds of experiences I hope you seek out in the coming week. I’d love to see you get nourished stereophonically by rich sources of excitement.

VIRGO (Aug. 23-Sept. 22) Mythically speaking, this would be a propitious time for you to make an offering to the sea goddess. In dreams or meditations or fantasies, I suggest you dive down into the depths, find the supreme feminine power in her natural habitat, and give her a special gift. Show her how smart you are in the way you express love, or tell her exactly how you will honor her wisdom in the future. If she is receptive, you may even ask her for a favor. Maybe she’ll be willing to assist you in accessing the deep feelings that haven’t been fully available to you. Or perhaps she will teach you how to make conscious the secrets you have been keeping from yourself.

LIBRA (Sept. 23-Oct. 22) Don’t linger in a doorway. Don’t camp out in a threshold or get stuck in the middle of anything. I understand your caution, considering the fact that life is presenting you with such paradoxical clues. But if you remain ambivalent too much longer, you may obstruct the influx of more definitive information. The best way to generate the clarity and attract the help you need will be to make a decisive move – either in or out, either forward or backward, either up or down.

SCORPIO (Oct. 23-Nov. 21) “It’s a rare person who wants to hear what he doesn’t want to hear,” said TV talk show host Dick Cavett. I will love it if you make yourself one of those rare types in the coming week. Can you bring yourself to be receptive to truths that might be disruptive? Are you willing to send out an invitation to the world, asking to be shown revelations that contradict your fixed theories and foregone conclusions? If you do this hard work, I promise that you will be granted a brainstorm and a breakthrough. You might also be given a new reason to brag.

SAGITTARIUS (Nov. 22-Dec. 21) There are pregnant truths I could reveal to you right now that I’ve decided not to disclose. I don’t think you’re prepared to hear them yet. If I told you what they are, you wouldn’t be receptive or able to register their full meaning; you might even misinterpret them. It is possible, however, that you could evolve rather quickly in the next two weeks. So let’s see if I can nudge you in the direction of getting the experiences necessary to become ready. Meditate on what parts of you are immature or underdeveloped – aspects that may one day be skilled and gracious, but are not yet. I bet that once you identify what needs ripening, you will expedite the ripening. And then you will become ready to welcome the pregnant truths.

CAPRICORN (Dec. 22-Jan. 19) “Finifugal” is a rarely used English adjective that I need to invoke in order to provide you with the proper horoscope. It refers to someone who avoids or dislikes endings – like a child who doesn’t want a bedtime story to conclude, or an adult who’s in denial about how it’s finally time to wrap up long-unfinished business. You can’t afford to be finifugal in the coming days. This is the tail end of your cycle. It won’t be healthy for you to shun climaxes and denouements. Neither will it be wise to merely tolerate them. Somehow, you’ve got to find a way to love and embrace them. (P.S. That’s the best strategy for ensuring the slow-motion eruption of vibrant beginnings after your birthday.)

AQUARIUS (Jan. 20-Feb. 18) According to 20th-century British author John Cowper Powys, “A bookshop is a dynamite-shed, a drugstore of poisons, a bar of intoxicants, a den of opiates, an island of sirens.” He didn’t mean that literally, of course. He was referring to the fact that the words contained in books can inflame and enthrall the imagination. I think you will be wise to seek out that level of arousal in the coming weeks. Your thoughts need to be aired out and rearranged. Your feelings are crying out for strenuous exercise, including some pure, primal catharses. Do whatever it takes to make sure that happens.

PISCES (Feb. 19-March 20) “I am not fearless,” says Mexican journalist and women’s right advocate Lydia Cacho, “but I’m not overtaken by fear. Fear is quite an interesting animal. It’s like a pet. If you mistreat it, it will bite, but if you understand it and accept it in your house, it might protect you.” This is an excellent time to work on transforming your fright reflexes. You have just the right kind of power over them: strong and crafty and dynamic, but not grandiose or cocky or delusional. You’re ready to make your fears serve you, not drain you.