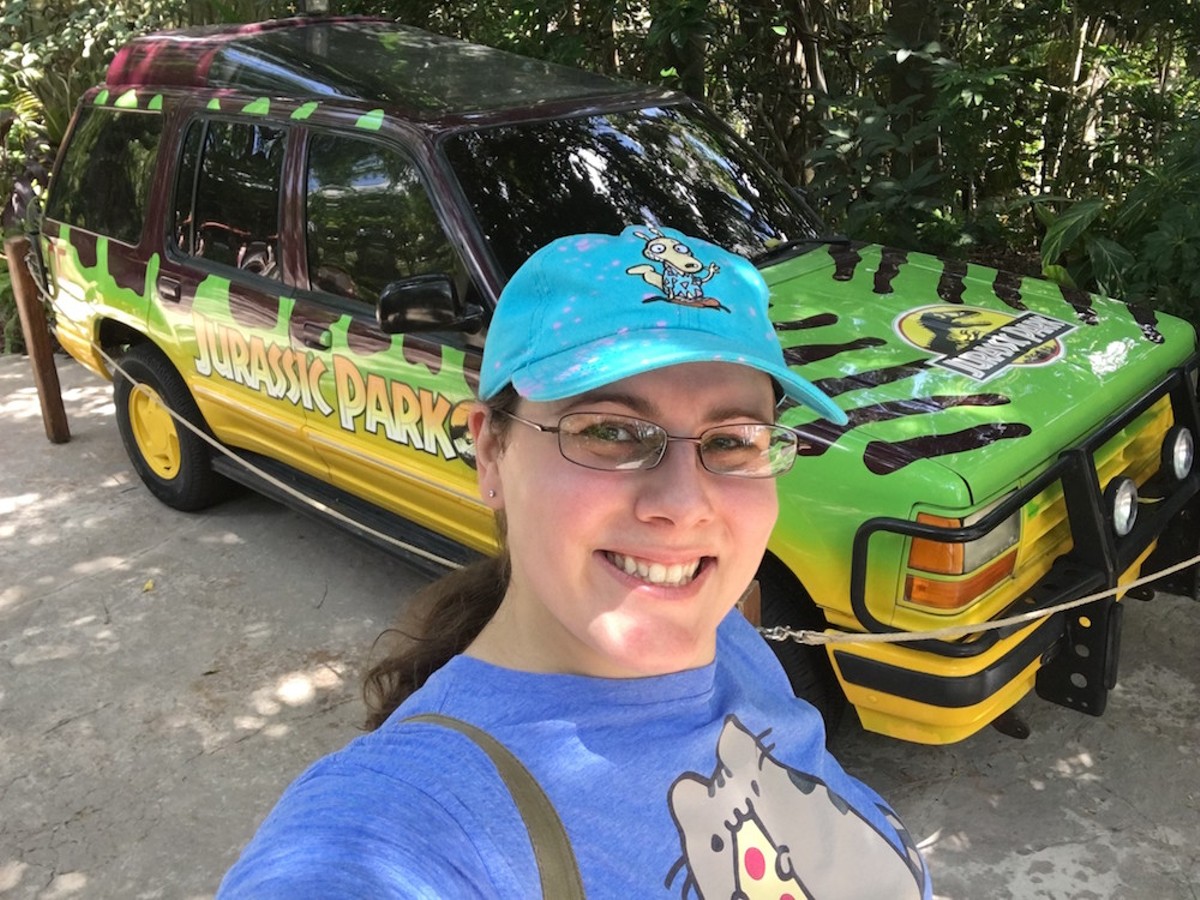 Despite Disney and Universal's best efforts to keep their upcoming rides under wraps, journalists still compete to uncover the insider secrets that theme park fans crave. Former park employee-turned-podcaster Alicia Stella has been attracting international attention with her theme park scoops, and last weekend she gave Live Active Cultures an exclusive interview about the future of Orlando's resorts.

A native of South Florida, Stella grew up in Kissimmee, attending Poinciana High and working at both Magic Kingdom's Jungle Cruise and Universal Studios' Jaws ride before freelancing as a website designer and travel writer. She began covering theme parks in 2014 with posts on her personal blog about the construction of Islands of Adventure's King Kong attraction. "It got more and more popular, and I started doing YouTube videos about it," she says. "I kind of just put all of my skills together to cover this one thing, and that's how it got started."

In the two years since starting Orlando Park Stop (orlandoparkstop.com), Stella has transitioned from construction updates to investigative reporting.

"I found that I enjoyed the research a little bit more than I did the on-the-ground work," she says, "and I started getting into the weeds of looking into stuff that normally people don't notice; permits, patents, trademarks, things like that." Soon, she started receiving "little tidbits of information; some are outlandish and probably not true, and some maybe are true" from apparent insiders whose motives "run a pretty wide gamut of reasoning."

While theme park rumor reporters have been accused of inventing or unethically acquiring their info, Stella says she "tend[s] not to report on things until there's visible proof for evidence," and upholds strict standards regarding leaks. "I've never released anything that the person who gave it to me didn't specifically say, 'I want you to share this.' I want to stress that, I don't just steal something and post it," she says. At the same time, Stella concedes, "It's entirely possible that one of the things I've posted is a fake, or was maybe some kind of weird hoax."

Alicia recently achieved worldwide virality thanks to her info about Disney's upcoming Star Wars land, which was picked up by everyone from USA Today to AsiaOne, albeit often with erroneous credit. Her scoop that the "Rise of the Resistance" dark ride would be a "28-minute experience" was frequently misconstrued as a 28-minute ride. ("The preshow, waiting, [second] preshow, and ride in total will be 28 minutes," she clarifies.) But because there are "a lot of voices out there for Disney, and there's not many for Universal," Stella focuses on the region's No. 2 resort, issuing regular reports on Universal's ongoing building boom.

Here's Alicia's latest dish on Universal's 2019 and beyond:

"Even though they are technically touting it as a family coaster, I believe it will have the most launched elements of any LSM coaster. ... All these maneuvers have never been combined into one ride before: going up several stories and then falling backwards, doing a backwards drop track.

"There are rumors that you might see the Great Hall, Hogwarts' kitchen, another portrait gallery, and the first scene of the ride may be the carriage stables for the thestrals."

"I think Memorial Day was what they were shooting for, and some people tell you June/July is where they are heading based on where they are in construction right now. Other people think it's not going to open until the fall."

"This will be more of a thrill ride; it will have inversions (which the Potter coaster will not), and much higher speeds, maybe double what the Potter coaster reaches. But also it will still have a story ... related to raptors; we'll have raptors chase us, and maybe even have Chris Pratt's character from Jurassic World save us at the last minute.

"Universal is probably building their third dry theme park in the [hub and spoke] design, which would be new for them because they usually have a lagoon in the center. ... I think they want the idea to be that you can only access the different lands through the hub.

"In addition to Nintendo and Dreamworks lands, I've heard talk of people developing blue-sky for a new Universal Classic Monsters land, but at the same time I've also heard if we have a budget cut or better idea, this is the first to go, [so] don't get your hopes too high.

"They'll actually save room for entire worlds to be added later on from properties they haven't made yet. They're thinking ahead because they don't want a situation like Potter where they have to remove their own IPs to bring in a new one."