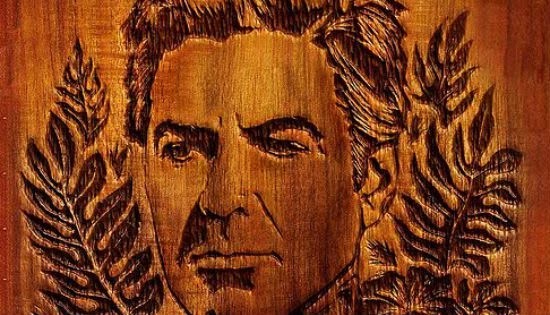 This was my first year voting, and it was a pleasure and a forehead-to-desk act of frustration. So many good films, so few categories. But the mighty have triumphed – here they are:

December 19 – Alexander Payne’s touching drama “The Descendants” was the big winner at the Florida Film Critics Circle’s (FFCC) annual honors, taking home prizes for Best Picture, Supporting Actress (Shailene Woodley) and Adapted Screenplay (Payne, Nat Faxon and Jim Rash). No other film won more than two awards. Michael Fassbender won Best Actor for his portrayal of a sex addict in “Shame,” Michelle Williams won Best Actress for her turn as Marilyn Monroe in “My Week with Marilyn,” and Albert Brooks won Best Supporting Actor for his performance as a Mafioso in “Drive.” Martin Scorsese won Best Director for “Hugo,” and the film was also honored for its Art Direction/Production Design (Dante Ferretti). Michael Hazanavicius won Best Original Screenplay for his critically acclaimed silent film “The Artist,” which finished a close second behind “The Descendants” for Best Picture. In other awards, “The Skin I Live In” won for Best Foreign Language Film, “The Adventures of Tintin” took Best Animated Film and “Project Nim” was hailed as the Best Documentary. Technical awards went to Emmanuel Lubezki for his cinematography in “The Tree of Life” and the visual effects team for “Rise of the Planet of the Apes.” “Martha Marcy May Marlene” star Elizabeth Olsen won the Pauline Kael Breakout Award. Founded in 1996, the Florida Film Critics Circle is comprised of 20 writers from state publications. Dan Hudak of www.hudakonhollywood.com has served as chairman since March 2008. For more information on the FFCC, visit floridafilmcriticscircle.webs.com.

Visual Effects: Rise of the Planet of the Apes

Foreign Language: The Skin I Live In

Animated: The Adventures of Tintin