'Finding Florida: The True History of the Sunshine State' 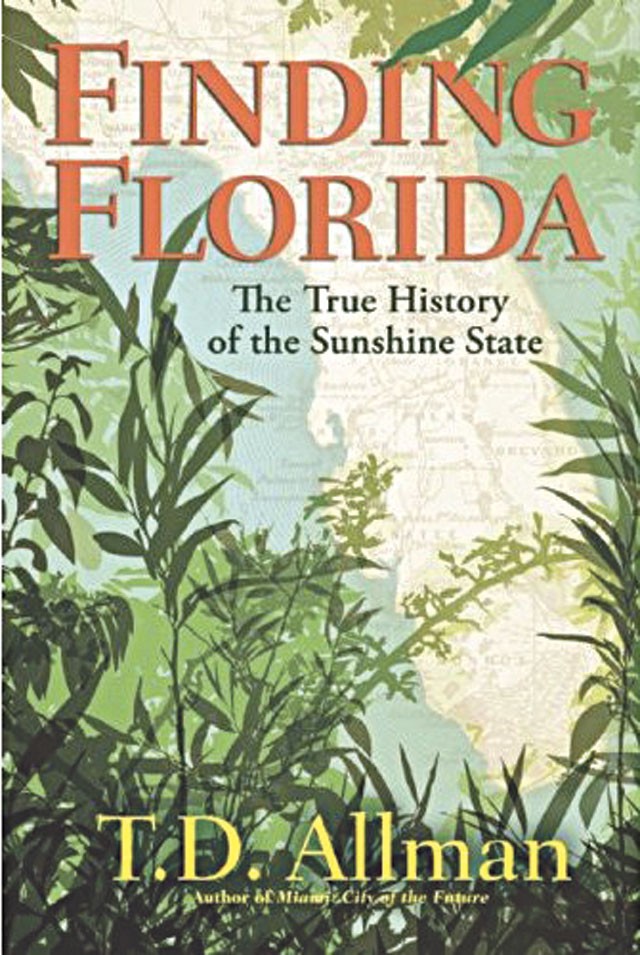 Florida's image-mongers are about to get slapped upside the head by one of the state's most wayward native sons.

T.D. Allman's Finding Florida: The True History of the Sunshine State (Atlantic Monthly Press, 528 pages) weaves our legacy of racism, white supremacy and terrorism at times bordering on genocide together with newer threads of greed, corruption and disingenuous boosterism. No one and nothing escapes his withering, deeply researched account of the state, from land fraud to theme parks to NASA. Ponce de Leon, Henry Flagler and Walt Disney all take a pounding. A Tampa-born Harvard grad who made his reputation as a journalist covering wars in Southeast Asia in the 1960s and 1970s, Allman will be reading from Finding Florida at Barnes & Noble in Orlando Tuesday, March 12, and lecturing at Rollins College Wednesday, March 13.

Finding Florida begins with the 1816 attack on Negro Fort in the Panhandle, "one of the worst massacres in American history," in which hundreds of free blacks, runaway slaves and Native American civilians were slain by the U.S. Army. From there he draws a direct line to the slaughter of hundreds of black wounded and captured Union soldiers after the Battle of Olustee and the destruction of Rosewood, the predominantly black-settled Florida town.

None of this should be surprising, coming from the author of Rogue State: America at War With the World (Nation Books, 2004). Allman, no shrinking violet, emailed me from Cambodia to suggest that Finding Florida "is the most important book on Florida" readers are likely to encounter. More traditional historians – who are thoroughly ripped in the book – may demur. Still, advance reviews have been strong, from Bookforum ("an immense and important work") and Kirkus Reviews ("a rich and lively history of Florida, minus the Disney gloss").

Finding Florida had its genesis in two magazine assignments: a 1980 piece in Esquire that became a book (Miami: City of the Future, scheduled for republication next fall); and a 2007 article on Orlando for National Geographic. For the Geographic story and the book chapters on Central Florida, Allman seems to have rounded up the usual suspects – Jane Healy, then-editor of the Sentinel; hospitality mogul Harris Rosen; former Orange County Mayor Linda Chapin; Rollins professor Rick Foglesong; then-Orlando Bishop Thomas Wenski – but given the result, some now may be having second thoughts. While neither screed nor polemic, Finding Florida is delightfully mean-spirited. The narrative begins with the state's geological formation, and at times reads like Michener on meth. What Hiaasen does in fiction, Allman documents.

For example, greater Orlando in a nutshell: "Fell that pine barren; build a theme park; construct your gated community. Then watch as the sinkholes swallow up your Florida fantasy, an alligator devours your fox terrier, and the palmetto bugs – Floridaese for giant cockroaches – infest your life. … Disney World today is but one nodule of an immense glob-like conurbation of theme parks and trailer parks, gated communities and broken-window slums where vast cookie-cutter suburbs are interspersed with corporate-logo skyscrapers."

Or Tampa: "In one of the more exotic examples of Florida hybridization, the Ku Klux Klan made common cause with the Mafiosi, dominated by the notorious Trafficante crime family. Tampa's Anglo elite used them both to break unions, terrorize blacks, keep the cigar workers in Ybor City in line – and limit Tampa's possibilities."

Or Jacksonville: "Into the civil rights era Jacksonville clung to the notion that you got rich ripping things out of Florida (notably timber products and phosphate) and stayed rich by keeping your white as well as your black workforce poor, unskilled, cheap and powerless."

Of course, apart from his distinctive spin, much of this will be old news to Central Florida readers and history buffs, who are more than familiar with the story of Disney's secret land acquisition for the parks, Jack Kerouac's writing Dharma Bums in College Park and the Challenger disaster. Still, for a while at least – maybe for a long while – this is the way America and the world is going to see us. So get used to it.