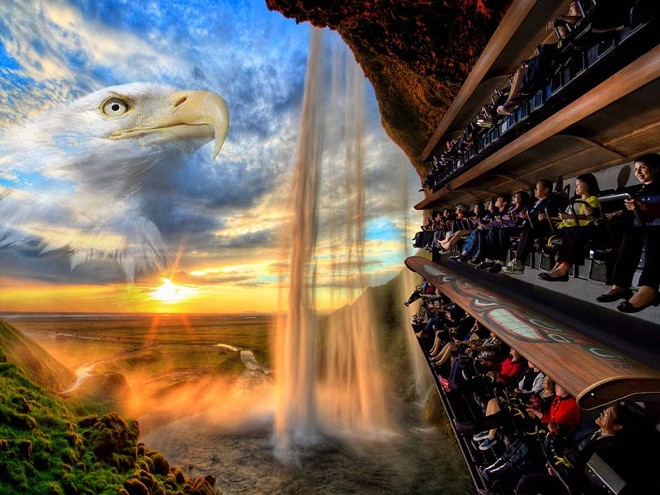 Local office parks are filled with thousands of employees working in parts of the industry most people never think about. One of those employers that of the industry might be unfamiliar with is Dynamic Attractions, but thanks to a new project at the company, they may soon become just as much of a household name as other Orlando tourism companies.

The Canadian-based ride manufacturer opened its Attractions Development Center in Orlando in 2016. This development center compliments the company's global offices and is a one-stop shop for tourism operators. Going beyond just designing the ride system, the new Development Center brought story concepts, lighting, scenery, media and special effects all under one roof. Previously, a tourism operator would have to hire multiple firms for each of these steps or hire an attraction management firm to oversee this development, causing delays and cost increases.

Since opening, the Attractions Development Center has helped Dynamic Attractions develop some of the most groundbreaking attractions ever to be realized.

Now, the next step of Dynamic's evolution is taking place, and it once again could mean big things for Orlando. A new sister company, Dynamic Entertainment, was spun off last year. It will help bring the high-dollar Dynamic Attractions rides to new markets and operators that previously may have been unable to afford them via co-owning ventures.

In a memorandum of understanding announced by Dynamic Attractions' parent company Empire Industries, it confirmed a new flying theater in The Island in Pigeon Forge entertainment complex in Tennessee. That will be the first co-venture for this new company, with more projects in the works for other places in the U.S. and Asia.

The flying theater will be engineered, designed and built by Dynamic Attractions. Then, the co-venture kicks in with Dynamic Entertainment working with local tourism operator Bob McManus to operate the attraction. The Island is one of the most visited entertainment complexes in the nation and is home to a 200-foot observation wheel, a Margaritaville resort, a Paula Deen restaurant and numerous other entertainment-driven offerings. The new flying theater is slated to open in 2020. More details regarding this first co-venture will be released closer to the opening date.

In a video released last year, Empire's executive chairman and CEO Guy  explained his thinking behind the new company:


"We've had a tremendous record of making the best rides in the world. Selling those to customers and making them very happy with the most innovative products in the industry. But we also felt that there was an opportunity for us to select specific sites around the world with high-volume of tourists already and that we would compliment that with the best rides in the world. … For the last five years, we've been focused on our top line, our focus now is on our bottom line."


Nelson later explained in an earnings call that the new Pigeon Forge attraction, and other future co-ventures, lay "the foundation for recurring revenue and profit by leveraging [Dynamic Attraction’s] proprietary intellectual property."

The new sister company could mean big things for the Orlando division, too.

With some high-profile confidential attractions soon to wrap up and a potential decline of new theme parks in China and the Middle East, these new co-ventures could mean sustained work for years to come even when more traditional client orders slow down. It also gives Dynamic Attractions the ability to prove some of their groundbreaking attraction concepts in an industry where being the first is often viewed as a vulnerability.

The more name recognition the company receives, the more sales they're likely to get, and that means more work for their Attraction Development Center here in Orlando.