Ready for some merengue? 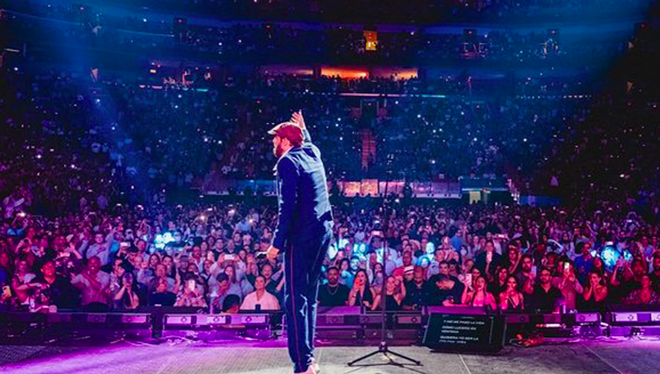 After two years away, the award-winning musician Juan Luis Guerra and his brothers in 4.40 are back to bring some sabor to the City Beautiful as they wrap up Guerra's “Entre Mar y Palmeras" Tour this Saturday, June 4th.

The concert starts at 8 p.m. at the Amway Center. Bring comfortable shoes because with back-to-back hits, including “La Travesia,” “Niágara en Bicicleta,” "Como Yo,” "Las Avispas, "and “La Llave de mi Corazon,” Guerra will make you stay on your feet the entire time.


Guerra has become a musical ambassador for his Dominican roots with a popular yet unique style of bachata, merengue, and Afro-Latin fusion. With 21 Latin Grammys, two Grammys, and two Latin Billboard Music Awards, Guerra has created hits that stay in the hearts of older and younger generations.


“I’ve never lived anywhere else that’s not the DR and my music is drenched in our folklore, our way of speaking. Dominicans, overall, are fun people and that has to be very present in my music.” Guerra said to Billboard.

The "Entre Mar y Palmeras" Tour was announced last year, and it kicked off at the beginning of March in Houston. Tomorrow, Guerra will bring some Latin rhythms to Chicago's All State Arena and will finish the party in Orlando this weekend.

Tickets are still available starting at  $91.