Disney World's newest attraction, the Tron Lightcycle Ride, finally has a firm opening date, and it's coming up quick.

The long-awaited high-speed motorbike roller coaster, based on the 1982 Disney sci-fi flick Tron and 2010 follow-up Tron Legacy, will open in the Magic Kingdom's Tomorrowland on April 4 of this year.

Tron Lightcycle Run was originally announced in 2017 and replaces the old Tomorrowland Speedway as part of a continued revamping of Tomorrowland.

The Disney Parks Blog announcement describes the ride's themes as spinning out of the events of Tron Legacy:

When you enter the queue at Magic Kingdom, you’ll feel as if you’re digitized and transported to the Grid for a special Lightcycle race. It’s your Team Blue against the Grid’s menacing Programs, Team Orange. Your goal is to be the first to race through eight Energy Gates and secure victory. The attraction will be one of the fastest coasters at any Disney theme park in the world.


If you're in the mood for ride spoilers, a version of Tron Lightcycle Run has been up and running at Shanghai Disneyland for several years now, and there are plenty of POV ride-through videos on YouTube. 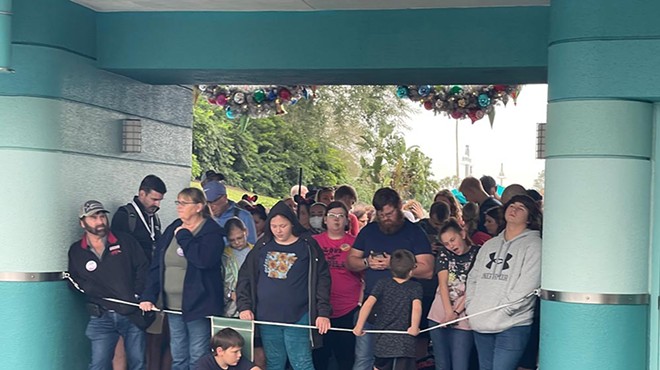