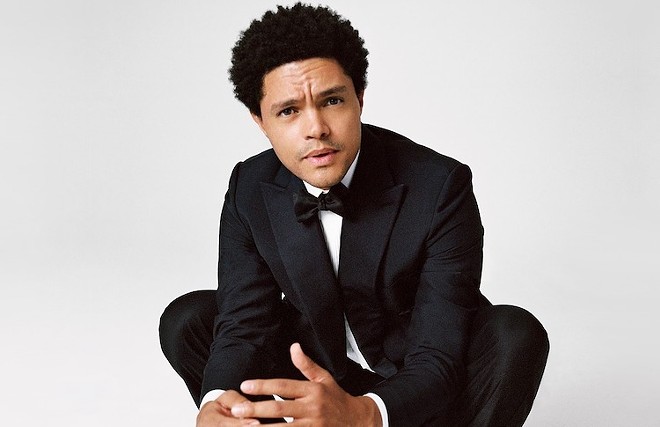 Comedian and Daily Show host (more on that in a moment) Trevor Noah has found himself at a crossroads in his career. Where that will ultimately lead is up to him, but for the moment he’s taking the road less traveled to Orlando as part of his rescheduled “Back to Abnormal” tour.

Noah made the news just a few days ago by announcing his shock departure from The Daily Show, the comedy/news franchise he’s helmed for seven years. “We’ve laughed together, we’ve cried together. But after seven years I feel like it’s ... time,” Noah said to a stunned audience during a Daily taping.

Handpicked by Jon Stewart to be his successor, Noah did incredible work. Whip-smart, impassioned and coming from a “third world perspective” (his words), the show was in great hands during Noah’s tenure.

Where he goes next is anyone’s guess. Noah’s Day Zero Productions has nearly 50 projects in the works, and he was a successful stand-up comedian before, and you’ll see why on Saturday.