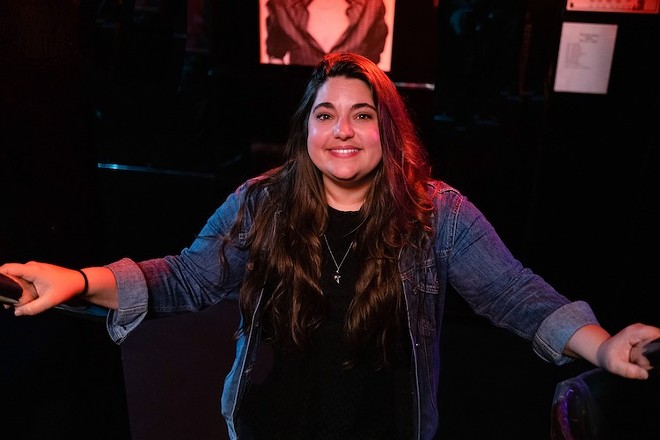 The Orlando Improv typically reserves prime nights for touring headliners, but this week, two comedians who came up in Orlando, Ken Miller and Carmen Morales, are treating everyone to two special nights with Home for the Holidays.

Miller is Orlando’s comedy dad, known not just for his killer set but also for looking out for local comedians on the come-up. He mentored Preacher Lawson, and the two are still close. His set covers the gamut of grown life: parenting, HOA rules, relatable topics that he breathes new life into with clever twists and turns.

Born in Buenos Aires, Morales got her comedy start in Orlando, too. She and Miller cut their teeth at the same time at the Why Not Lounge, a former Bonkerz location. She has since moved on to stages across the U.S. Now living in Los Angeles, she works at the legendary Comedy Store. She’s literally home for the holidays, like so many who return to Orlando at this time of year.

“The Improv used to do this every Christmas. All the comedians that had moved to L.A. and New York would come to Orlando and do a show,” says Miller.

If you’re looking for good times with the family — or a brief escape from them — this is your ticket. And speaking of, tickets are still available through the Orlando Improv.