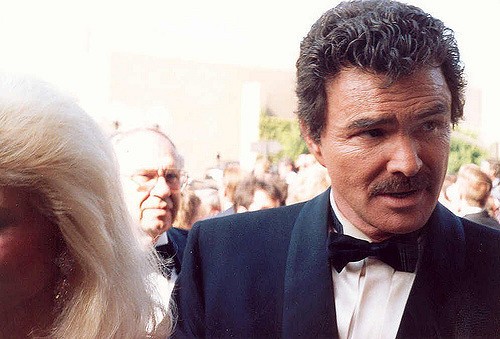 Photo via Alan Light on Flickr.
According to movie star Burt Reynolds, Florida Gov. Rick Scott is "dumber than a peach orchard sow" for squandering the state's film industry.

The Smokey and the Bandit star, who grew up in Palm Beach County and now now lives in Tequesta, told Local 10 that Scott isn't doing enough to help Florida's faltering film industry.

Last July the state's tax incentive expired, taking away the allocated $296 million in tax credits for film and television productions to come and shoot in the Sunshine State.

"More films should be shot here," Reynolds told Local 10. "It's not Florida's fault, because Florida's got everything, you know? It's the governor." 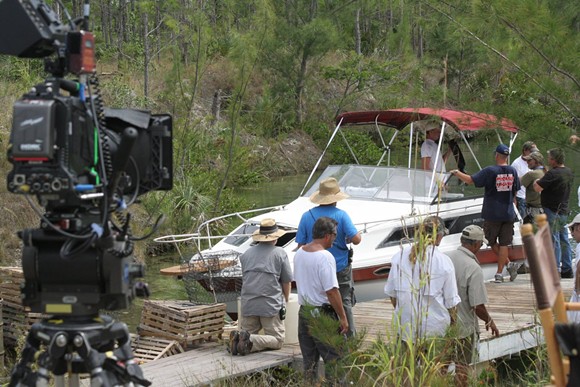 Photo via Film Florida on Facebook
Reynolds previously clashed with former Gov. Reubin Askew in the 1970s when trying to film The Longest Yard. The film, set in a fictitious Florida state prison, was shot on location at the Georgia State Prison instead.

Deliverance and Smokey and the Bandit, two of Reynold's most popular films, were also shot in Florida's neighbor to the north.

Filmmakers are increasingly turning to the Peach State to film sagas set in Florida. Ben Affleck's Live by Night, which is set in and about Tampa, was filmed in Georgia. 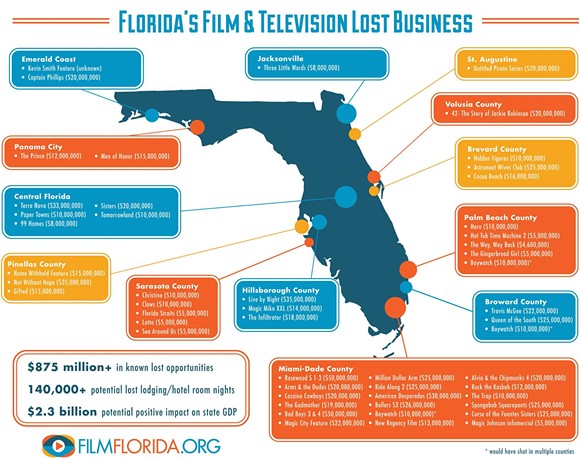 Photo via Film Florida on Facebook
HBO's Ballers, set in Miami, recently moved to California and once Netflix's Bloodline series wraps its last season, there won't be a single film or television show filming in Florida.

John Lux, executive director of Film Florida, says Georgia has added $7 billion to its economy through its film industry. He told Local 10 that Florida is the only state in the Southeast that doesn't offer some type of program to attract film, TV and digital media projects.

The Florida House recently filed a bill that would close the Film Florida office, cutting off one of the state's major connections to the industry.

This comes as Florida-set films are gaining national recognition.

Moonlight, set and filmed in Miami, won this year's Best Picture at the Oscars.