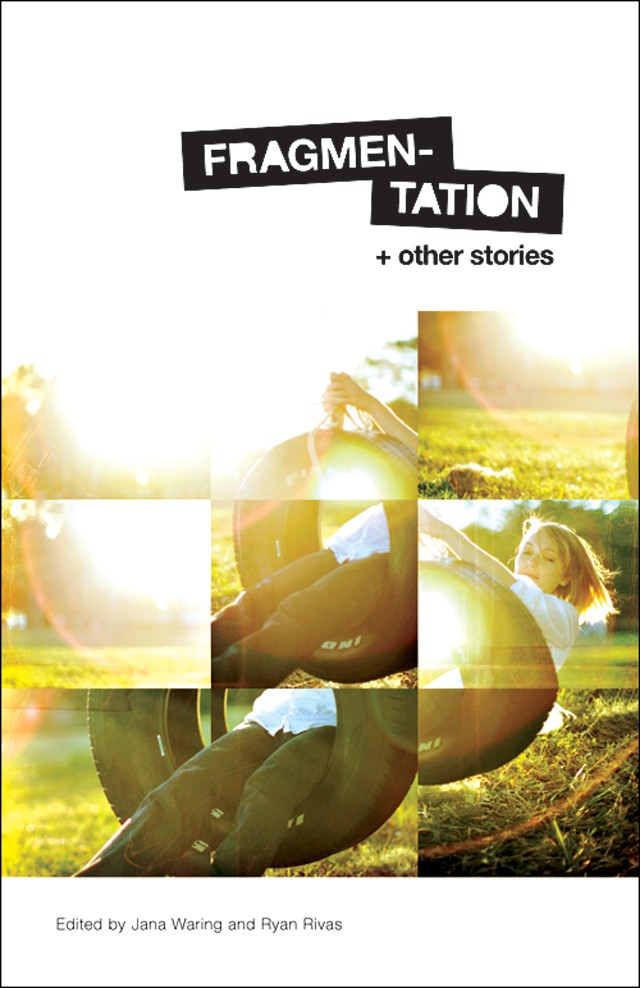 Hunting for Florida short fiction writers to feature in a collection published by Orlando-based Burrow Press was a wide open proposition. Burrow Press founder and publisher Jana Waring wasn't sure what she was going to get when she put out the call for submissions in early summer 2010. But by September, she had amassed a crop of writers who have been corralled into a collection of short fiction, Fragmentation + Other Stories, which was officially unveiled at a launch party on Feb. 16 at Urban ReThink. Edited by Jana Waring and Ryan Rivas, Burrow Press editor and contributing writer, the book showcases 11 authors and 11 photographers. It's a coming out of sorts for the nearly one-and-a-half-year-old Burrow Press and seems to signify the growth of the creative writing community here.

The lone criterion for submission was that writers had to have a connection to Florida. "We're advocates for our state in the sense that a lot of people feel there's not a lot of literary movements happening here," Waring says. "We really wanted to showcase the talent that's in Florida."

The fact that one of her favorite authors, Augusten Burroughs, skipped Orlando (but made stops in Miami and Atlanta) during a recent book tour motivated Waring to get going on the book, a project that had been marinating in her mind for some time.

What she got was a group of, for the most part, Florida-based or previously Florida-dwelling authors whose love for the state is evident in their stories. Fragmentation, by Peg Alford Pursell, the first story and the book's namesake, is a flash-fiction triumph in the form of a reflection on the oft-told tale of the fisherman who hacked the arms off of a starfish and threw them back into the sea. Little did he know that in "killing" the starfish, he actually created more of them due to their ability to regenerate and grow into whole new creatures.

The concepts behind Fragmentation became the story of the entire book, Waring says, even though there was no official theme at the outset. The story of the starfish, torn apart but growing into new iterations of a whole, rang true for Waring and Rivas.

The book is a fast, absorbing read. Gene Albamonte's San Sebastiano takes place in the Spanish city where an American expat makes her home. She and her childhood friend, Nick, who has come to visit, haunt the old city streets until tragedy strikes. Skullfucker, by Tom Beauchamp, is another successful flash fiction piece - a through-the-looking-glass Tourette Syndrome romance. A man anticipates his son's move to Colorado by erecting a monument to him in Mountain, FL, by Chris Heavener. Hunter Choate takes the act of buying a casket and explodes the scene in a horror show flipbook that continuously plays through a bereaved woman's head in Bone Dry. Edward Bloor tells the perfect high school horror story as the new kid gets wrung out to dry in The Boy Who Should Have Said Something. Pedagoguery, by Rivas, told in the hard-to-pull-off second person, makes readers feel the effects of a first-time junior high teacher's anger as he attempts to teach history to a bunch of ?hardbitten youngsters.

Some authors are more experienced or better known than others, but all are part of an emerging literary movement in Orlando. "There really is a younger movement" here, says Waring, 32. She says that Florida literature isn't just about Hemingway and the Key West genre anymore, but it's not yet clear if there's a unifying style among ?the up-and-coming fiction writers. Nonetheless, a strong fiction undercurrent now joins the established poetry and spoken-word community in Orlando with the publication of Fragmentation. "We're just publishing work that broadens the existing definition of what it is to be a `Florida' author," Waring says.

If one thing's for sure, it's that Fragmentation's writers are willing to work at it. "We had a lot of editorial suggestions that we offered to the writers in the hopes that they would reach back out to us, and everyone did," she says. After the stories were chosen, Waring assigned a photographer to each. Standout images include Thao Thanh Ngo's somewhat disorienting shot of a European apartment building with pigeons mid-flap, which complements the tone of loss in San Sebastiano, and cemetery images for Bone Dry by Plinio Pinto are appropriately ominous.

Selected authors and ?photographers were paid for their work, and proceeds from book sales (available at burrowpress.com, Mother Falcon, Park Ave CDs, Lambs Eat Ivy, Sultre Boutique ?and others) will help Burrow Press gear up for its next project. Though Waring won't say what's next on Burrow's agenda, she will say they're in talks with several authors and that she's interested in publishing fiction of all types, including novels and novellas.

At the launch party for Fragmentation Feb. 16 at Urban ReThink, where Burrow Press makes its home, literature lovers got a taste for what the stories in the book might sound like. Local hip-hop artist Swamburger, who designed a special-edition cover (only 200 in print) for the book, also wrote an instrumental soundtrack inspired by it. He debuted the piece at the launch and book buyers get a copy of the soundtrack free with their purchase.

The music was a surprise for Waring, who says she asked Swamburger to design the special cover, but didn't see what was coming next. He approached her at a creative meeting and asked if she would like a soundtrack for it. He was inspired by the book and wanted to play a bigger part in it, she says.

Waring was "shocked at the intensity of writing and the thought and the care that all of these authors put into their work," she says. Some of the stories are dark, all are clever and some even make you laugh out loud. It's a book that she loves, and that's exactly what she set out to create.