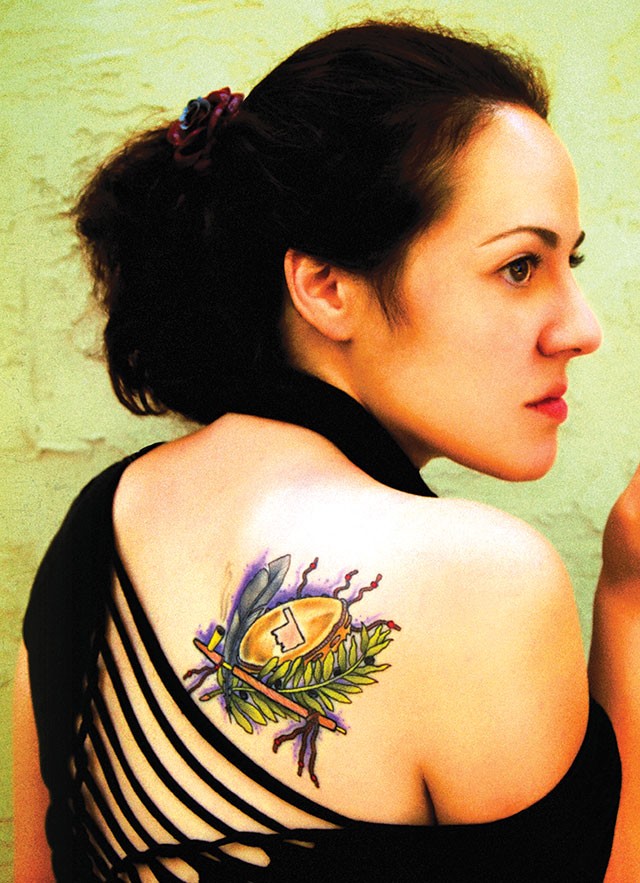 Maya Sloan is used to hanging around with famous people. In addition to her debut novel, High Before Homeroom (Simon & Schuster, 2010), she was the ghostwriter on City of Indra, which bore Kendall and Kylie Jenner’s names on the cover, and this year saw the release of Rich Kids of Instagram, a novel co-written by Sloan and the anonymous curator of the infamous @RKOI Instagram feed. I don’t suggest browsing that feed or the associated Tumblr if you’ve felt the economic pinch in recent years – rage is ugly – but the novel somehow transmutes these rich dicks into engaging, three-dimensional characters. (No, really.)

But the only celebrity she’s palled around with here in Orlando is Jack Kerouac. Sloan is the current writer-in-residence at the Kerouac House, the unassuming College Park bungalow where Kerouac wrote Dharma Bums. In 1997, it was resurrected by donors to the Kerouac Project and now hosts four visiting writers per year (along with, some say, Kerouac’s ghost). While staying in Jack’s house, Sloan has continued her multitasking ways, working on several projects: a burlesque novel “which I’ve been researching and writing for two years,” a new book proposal, and a pair of scripts with her husband, Danish writer-painter Thomas Warming.

When asked if she sees boundaries between her ghostwriting work and her own novels, Sloan says, “Writing for a living is a gift. So terms like ‘art’ and ‘day job’ don’t really apply. … Having clients share their stories and lives, trusting me to translate their experiences to the page – that is a gift.”

While she hasn’t run into any RKOI or Kardashian types in College Park, Sloan has enjoyed the company of locals. “The literary community here is one of the most impressive I’ve seen in a long time. They are a gifted, open-hearted group. I’ve met some extraordinary people,” Sloan says, going on to call out “talented individuals,” “local treasures” and “arts heroes” including Summer Rodman, Mike Robinson, John King, Jesse Bradley and Patrick Greene. “I haven’t felt so welcomed, or seen such passion for the arts, in a long time. There’s a lot more than Disney here – there are free-thinking, imaginative artists and writers doing meaningful work in many genres. That’s far more inspiring than any RKOI-type could ever wish to be!”