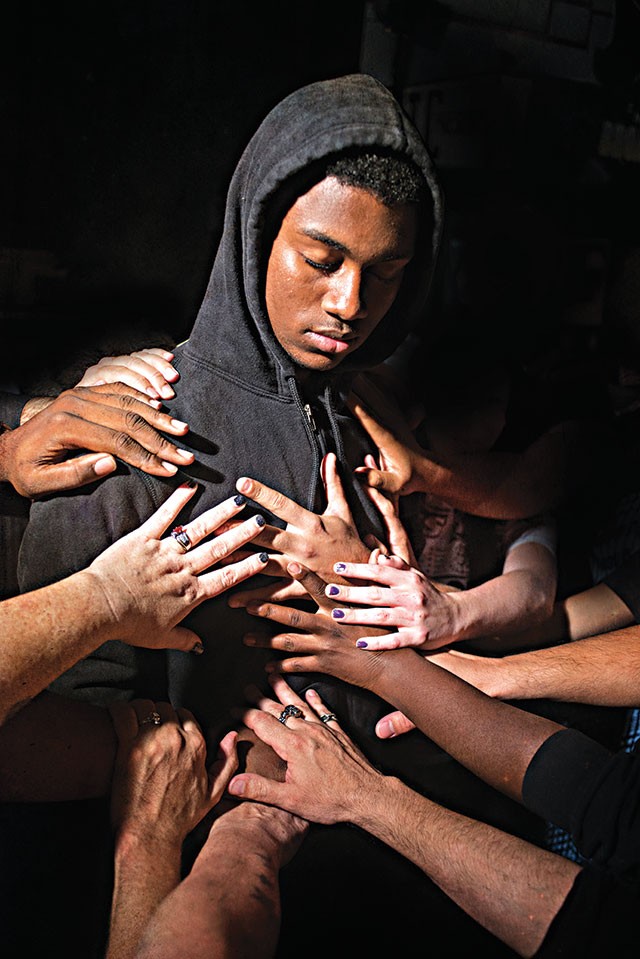 Two and a half years after unarmed teenager Trayvon Martin was shot to death in Sanford, can we say things have gotten better?

This depressing (and incomplete) roll call shows it’s safe to say that while more attention may be being paid, attitudes have, if anything, hardened. It’s this complicated swamp of race relations in America that moved producer Beth Marshall to commission a series of short plays on the subject of Trayvon Martin’s death – and, widening the focus, on social justice issues around race, parenting and gun ownership in our state and our country.

“I was online when the news [of Trayvon Martin’s shooting] came out. I knew right in that moment that I wanted to have a voice, artistically, to do what I could to bridge that gap,” Marshall says. “Personally … I have a son the same age. He’s white. I knew if this was my son, he’d still be alive.”

The Trayvon Martin Project, Part 1: A Tribute comprises six playlets, all between five and 15 minutes long, all springboarding off Martin’s killing. The actors are a mix of accomplished locals and young first-timers discovered via audition, under the direction of Marshall, John DiDonna and Paul Castaneda. The plays were written by Rob Winn Anderson, James Brendlinger, Paris Crayton III, Janine Klein, Dennis Neal and Steve Schneider. Some are experienced playwrights; some are less obvious choices: like Neal, well-known in the theater community but trying on the role of playwright for the first time, or Schneider, who prior to this had written only plays of a comedic stripe.

“Beth has gathered an interesting bunch of voices,” Schneider says. “She asked me to participate because I had blogged a lot about Trayvon Martin and George Zimmerman.” (“I knew he had a good grasp of the social politics of the situation,” Marshall says.)

Although no one is unaffected by racism and no one should be denied the right to express their feelings, it can still be daunting for a white man to offer up for public scrutiny his opinion of racism. Did Schneider feel like he had to tread carefully? In a word, yes: “I didn’t wanna be like, ‘49-year-old white guy solves problems of black teens in 10 minutes!’”

As someone whose output up to now has been comedy, “I know I’m not going to go from Mel Brooks to Langston Hughes in the span of a few months,” Schneider says. “But maybe I can kind of be Rod Serling.” His contribution, “The Items,” imagines a Twilight Zone-ish Senate hearing set in the near future, in which various politicians and citizens give testimony regarding “a consumer product considered too dangerous to sell, or even to call by name.” (Come at me, NRA.) On the other end of the spectrum is Brendlinger’s play, Our Town: Sanford, pieces of which are interspersed throughout the production as a sort of framing device, in which DiDonna delivers an oral history of racism in Sanford à la Thornton Wilder.

The project’s second and third parts come in 2015. DiDonna’s Valencia theater class is gathering data and doing interviews in Sanford with people involved in the Martin case, and will present a compiled “docudrama” of their research in February, in collaboration with Beth Marshall Presents. And Part 3, an original 60-minute play called Hoodies, is planned to premiere either at the Fringe Festival in May, “or, if we don’t get in,” Marshall says, maybe “at the Venue in June.” Hoodies will be a co-production of BMP and Penguin Point, Brendlinger’s production company, and may cast some of the actors from A Tribute.

While the evening shouldn’t be a complete downer, the audience can expect to feel a lot of feelings. (Maybe bring some Kleenex.) “The amount [of similar killings] that have happened since we started has been startling to me,” Marshall says. “Every month some black teenager is being killed … I don’t even have room in the title to put all those names. It’s so sad.”