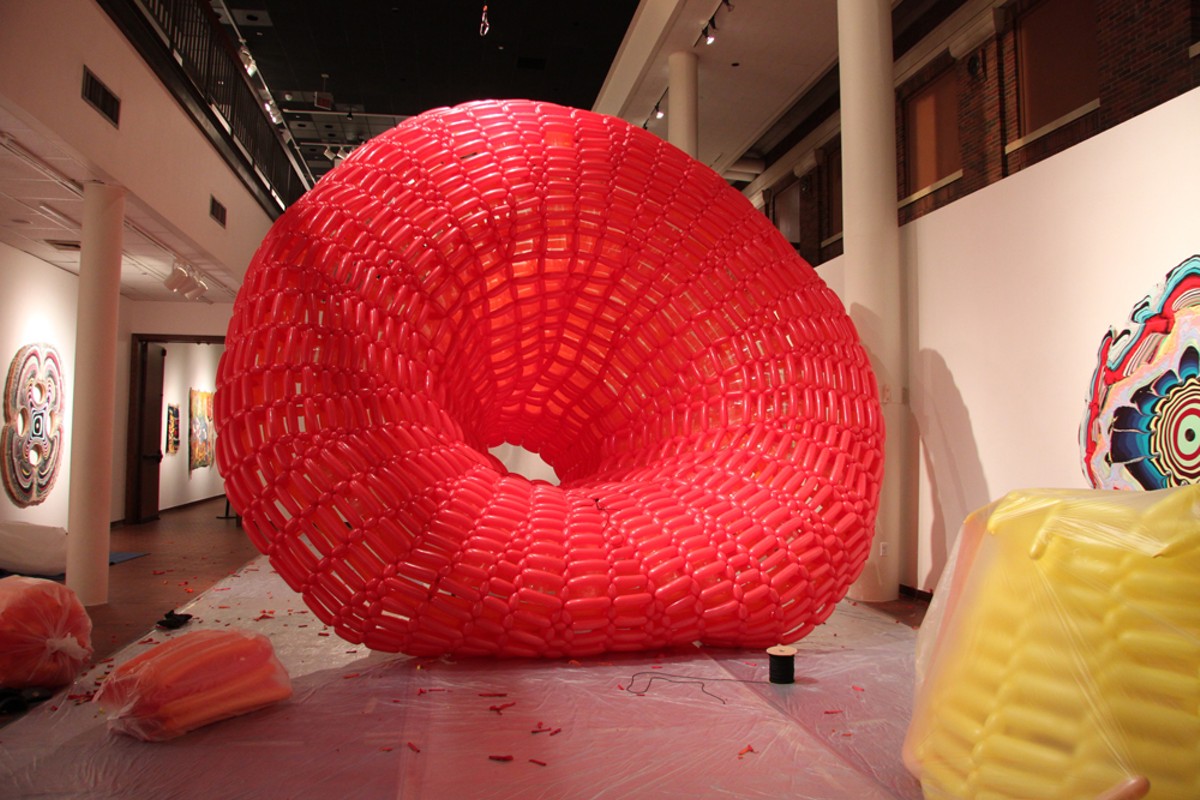 Materiality, the art world's current favorite buzzword, will reign when the centerpiece of this year's Art31 series opens Friday at the Maitland Art Center. Material World: Glass, Rubber and Paper, an exhibition of art by Dale Chihuly, Lorrie Fredette, Jason Hackenwerth and Paige Smith, shows works made of latex balloons, blown glass, paper, resin and beeswax. While all four artists explore serious themes – for instance, Fredette says she creates her podlike clusters of muslin and beeswax to "comprehend ... the incomprehensible aspects of infection, pandemic and plague" – all clearly revel in the thing-ness of things. For some viewers, it may be very difficult to just look and not touch.

Chihuly's overblown blown-glass works are familiar to anyone who has even a nodding acquaintance with modern museums – but one can't deny the impulse to run fingers over the slick, cool ruffles and curves of the bloom-like glass sculptures created by his studio. Smith makes "urban geodes," chunky golden constructions of paper and resin that erupt from exterior surfaces like a beautiful indictment of the rot under this Gilded Age. 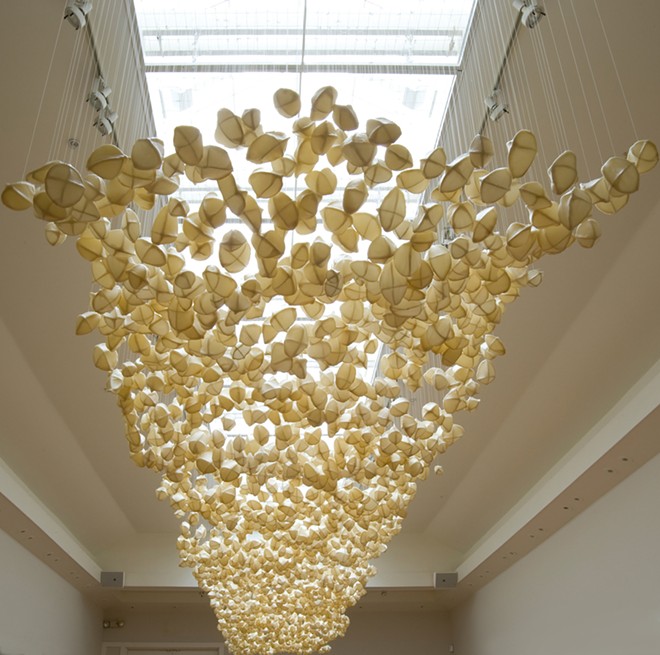 Hackenwerth and Fredette share air as a prime mover in their individual practices. Fredette's aforementioned installations, massed cells floating overhead or in corners, may be intended to invoke infection, but their airy prettiness belies any such gloom; they seem more like plump, drifting petticoat-clad milkmaids – or what I imagined cloudberries to look like the first time I read that word in a children's book.

To describe Hackenwerth's art is to diminish it somehow – it's almost impossible not to set off the cheesy-meter when you hear "balloon art." But his mammoth installations overpower in person, and his "Wearables," giant constructed costumes inhabited by trained performers, have more in common with Nick Cave's Soundsuits than with the dachshund-bending guy at your kid's birthday party. Some resemble insects, some whale skeletons, some jellyfish bells, but all are temptingly tactile while provokingly impermanent. 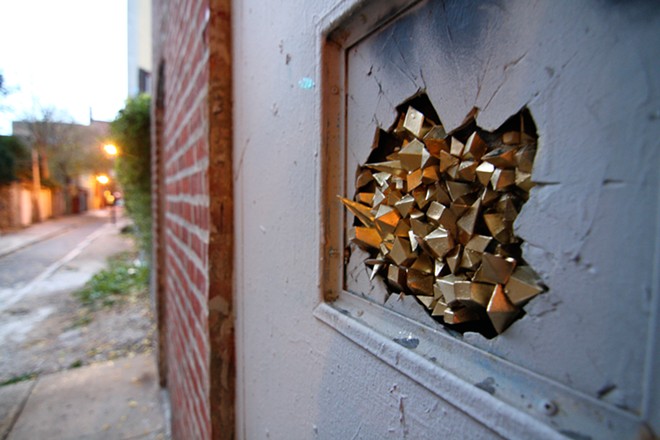 Friday's Culture Pop! party at the Art & History Museums – Maitland marks the opening of the Material World exhibit, which is just one aspect of the A&H's month-long Art31 initiative. Hackenwerth's Wearables will appear both in established art spaces (Orlando Museum of Art Thursday, March 3; Maitland Art Center Friday, March 4) and at pop-ups across town (though "pop" seems an ill-omened word). Locals Boy Kong and Marla E. will reveal the products of their six-month-long, Art31-sponsored residency at maker space Factur with installations dotted throughout downtown at the Third Thursday Gallery Hop, March 17, and Dan Hess unveils the multimedia work he made during his own Factur residency in an installation opening March 31 at Canvs. For times, addresses, admission prices and more events, visit art31.org.