An interview with Kyla Swanberg, the designer behind the eye-catching costumes of 'Heathers: The Musical' 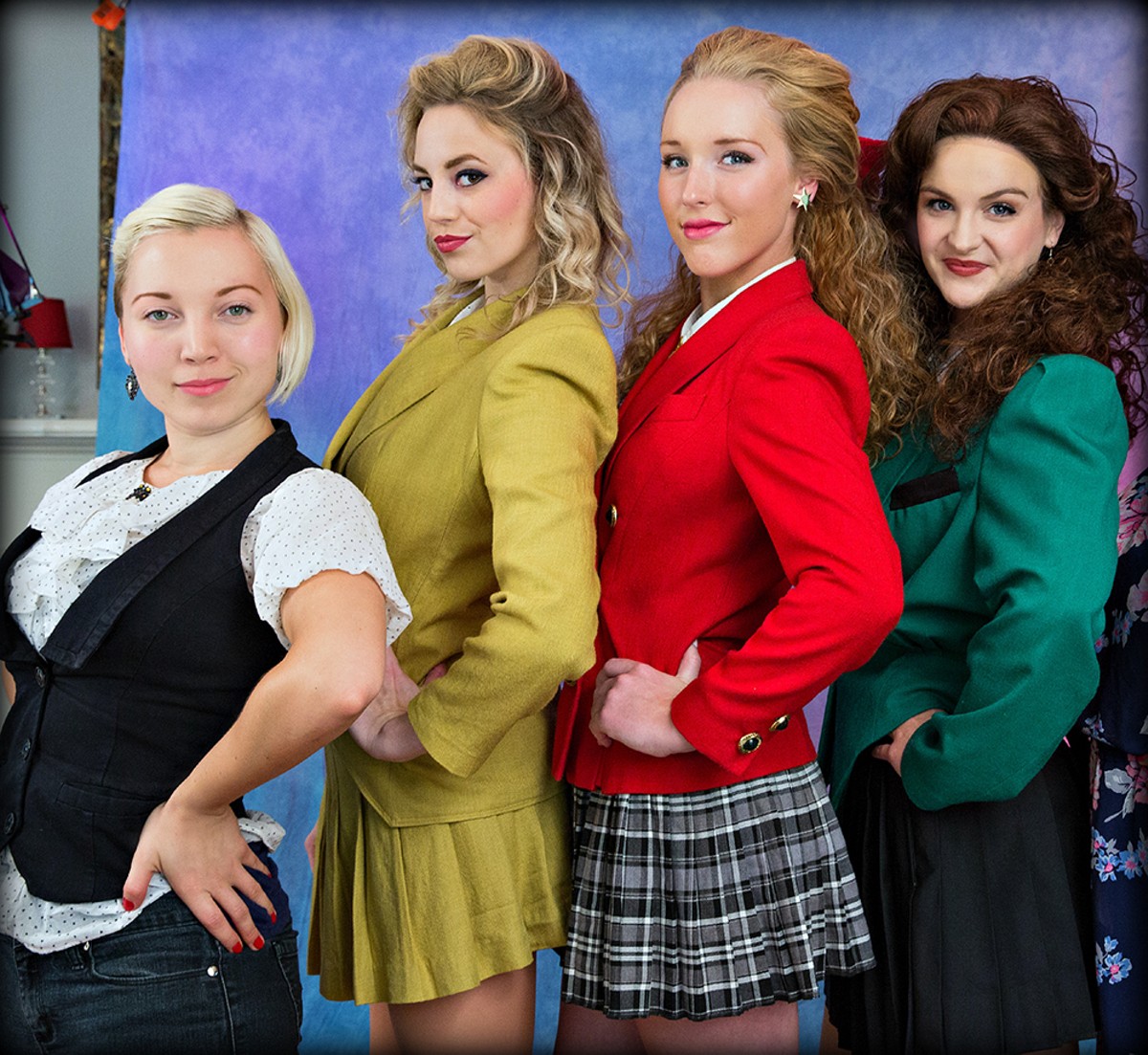 It's been a month since Gen Y's production of Heathers: The Musical graced the Dr. Phillips Center for the Performing Arts, and while I had some qualms with the script, there was nothing but applause for costumer Kyla Swanberg's eye-catching creations. Here's that interview I promised in my review with one of Orlando's hottest young theatrical designers.

Live Active Cultures: I grew up with Heathers, but you are from a younger generation. Were you familiar with the film before working on the show, and did you still find it relatable?

Kyla Swanberg: I was a fan of the movie before working on the show. I had seen it a few times when I was in high school and loved it for its dark humor. It was relatable to me at the time because of the character Veronica and her desire to be popular in school. Even though the film was ahead of my time, I feel there is something timeless about it that can span over for generations to come. Maybe the fashions of the '80s won't translate to most youth (even though I absolutely love it), but the dark themes would. The theme of troubled youth and teenage suicide is still affecting us today. This year, unfortunately, someone I worked with overseas committed suicide and it was really hard to digest. When I was asked to do the costume design for this show a couple months later, I felt it would be good for me to work on this project.

What was your research process like? How many times did you watch the movie in slow motion?

My research process was extensive. I watched a taping of the off-Broadway production of Heathers and watched some of my favorite '80s films to get ideas of dressing the ensemble students who resemble archetypes for the high school cliques: movies such as Weird Science, Ferris Bueller's Day Off, Revenge of the Nerds, Pretty in Pink, Breakfast Club and of course Michael Lehmann's Heathers. I watched that film so many times I can't even tell you the number. Each time I noticed something new, because the film was executed in a Kubrick sort of way (which I loved).

What were some of the most fun/challenging costume pieces to create? How did you balance reproducing iconic looks from the movie versus adapting them or inventing new ones to fit the needs of the play?

The most fun pieces in our production of Heathers that I put together were Veronica's looks inspired by Rudy Dillon's costumes in the film: the grayscale patchwork blazer, the blue three-tiered ruffle skirt with crop top and peplum jacket outfit, and her high-waisted black pencil skirt party outfit. And then of course there are the Heathers. Their looks throughout the show were so fun to make and put together. Each of their leather oxford shoes, including Veronica's, were hand-painted in their individual color palettes. Each of the Heathers, although sharing the same name, have different styles. I wanted to make sure they weren't just different color versions of the queen bee, Heather Chandler.

The most challenging part of it all was making some of these looks into quick changes to adapt for stage. It practically rained Velcro and snap tape in my studio! Veronica is onstage for most of the show, so getting her to change outfits was tricky because the show occurs over several days of school. I really had to map it out in the script plot-wise for costumes, because I wanted the audience to get the feeling that this didn't happen all in one day.

How has having both your parents [Orlando actors Rebecca Fisher and Joe Swanberg] active in theater influenced your career path? Was it always a plus, or did you sometimes want to do something different?

I enjoy the work that I do and I can't thank my actor parents enough for introducing me to the arts. They didn't make me choose, but I just fell into it in my own way. Costuming was a thing I started to do in high school working in Olympia's drama department, but I took it more seriously after I graduated. Each project I work on, I learn more and more about what it takes to be a costume designer. [Noted local costumer] Marcy Singhaus has taught me a lot so far with the things we have worked on together in the past and I can't thank her enough for that.

What projects are you working on next, and how do you do so many shows and go to school at the same time?

My next project will be costumes for one of my favorite musicals: Bat Boy, the Musical, running Oct. 15-31 at the Abbey. Also, I will be helping Patrick Fatica on clothes for characters in his stop-motion animation short film Hanna Frightful. I will be midway into my fall semester at UCF around that time. I don't know how I will do all of these things, but this is how I operate.