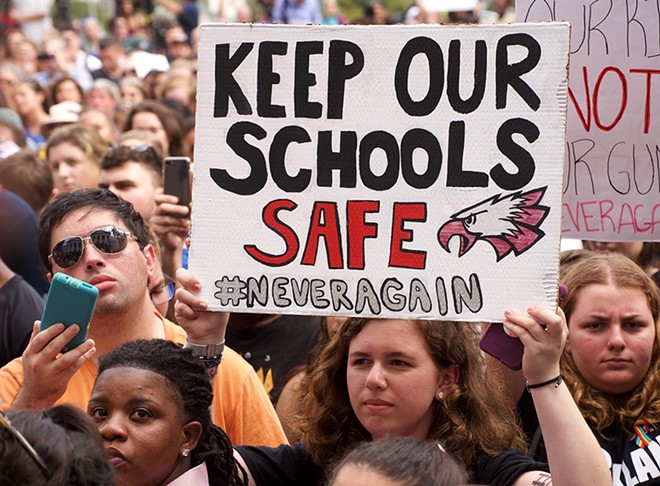 A federal appeals court Thursday upheld the conviction of a man who posed online as mass murderers and sent harassing messages to family members and friends of students who died in the 2018 massacre at Marjory Stoneman Douglas High School in Parkland.

A three-judge panel of the 11th U.S. Circuit Court of Appeals rejected a series of arguments by Brandon Michael Fleury, including that a federal cyberstalking law was unconstitutionally overbroad. Fleury, now 24, was sentenced to 66 months in prison after the conviction.

Among other things, Fleury contended that the cyberstalking law was overbroad as applied to his case because his messages involved a “matter of public concern,” Thursday’s 35-page opinion said. But the appeals court backed a district judge’s ruling against Fleury on the issue.

“The district court correctly concluded — after considering their content, form and context — that Fleury’s messages address purely private matters,” said the opinion, written by appellate Judge Charles Wilson and joined by Judges Robin Rosenbaum and Frank Hull. “Of course, the MSD (Marjory Stoneman Douglas) shooting itself is a matter of public concern that kick-started a debate on multiple political and social issues, including mental health, gun control and school safety. However, Fleury’s messages did not address any of these topics, attempt to engage in a dialogue concerning these issues or provide any other relevant information. Instead, as the district court noted, the messages threatened and intimidated the victims by gloating over the death of their loved ones and ‘focused only on exacerbating the victims’ grief — a purely private matter.’”

The court also said the messages amounted to “true threats” and, as a result, were not protected by the First Amendment.

“When viewing Fleury’s messages within the context of his entire course of conduct — including the sheer number and frequency of the messages — they create the visual of an anonymous, persistent tormenter who desires to harm the victims,” the opinion said.

Fleury sent the Instagram messages in December 2018 and January 2019, nearly a year after the Feb. 14, 2018, school shooting that killed 17 people and injured 17 others. In the messages, he posed as mass murderers such as Ted Bundy and Nikolas Cruz, who pleaded guilty to the Marjory Stoneman Douglas killings.

The prosecution focused on messages sent to Max Schachter, whose son Alex was killed at the school; Jesse Guttenberg, whose sister Jaime was killed; and Alexis Sealy, who was a best friend of Jaime Guttenberg, the opinion said.

As examples of the messages, Fleury wrote, “I’m your abductor I’m kidnapping you fool;” “With the power of my AR-15 I take your loved ones away from you;” and “I’m the monster that killed your family,” according to the opinion.

During his trial, Fleury’s “defense did not contest that Fleury sent the messages in question. Instead, the defense contended that Fleury, who is autistic, did not have the requisite intent to be convicted because he did not understand that his actions would cause substantial emotional distress to others,” the appeals-court opinion said.

A jury convicted Fleury of one count of transmitting interstate threats and three counts of cyberstalking. The Federal Bureau of Prisons website said Fleury is an inmate at a prison in Danbury, Conn.