With documents allegedly regarding SeaWorld’s Project Penguin leaking in recent days, we now have an understanding of the next steps in Orlando’s very own coaster wars. SeaWorld Orlando, Busch Gardens Tampa, Epcot and the Magic Kingdom all have major new coasters under construction, with Universal Studios Florida soon to begin a lengthy rehab of one of its flagship indoor coasters. Meanwhile, SeaWorld Orlando is busy with the rumored Project Penguin coaster expected to open in 2023 or 2024.

Despite the sudden focus on roller coasters in the Orlando market, many other amusement parks have instead pivoted to a ride concept that was perfected at Orlando’s theme parks. Dark rides are known for slow-moving ride vehicles, physical prop pieces and immersive storytelling. At last month’s IAAPA Expo, Universal Orlando’s Amazing Adventures of Spider-Man ride was honored with its own panel, showing the timelessness of this more than 20-year-old 3D dark ride. Meanwhile, Disney fans anxiously wait for confirmation that Disney will be moving forward with the overhaul to the beloved Spaceship Earth dark ride at Epcot.

During last month’s IAAPA Expo and in the weeks following it, more than half a dozen dark rides have been announced for regional parks across North America. This new wave of interest comes as parks look beyond the thrill rides that have driven attendance since the 1990s. With record-breaking attractions costing millions of dollars, it's questionable how smart an investment these rides are. With an aging population and easier access to previously isolated thrill parks across the globe, many regional parks are now looking at the concepts that once helped differentiate the Orlando market.

Patrick Kling has worked in the themed entertainment industry for decades and has helped realize some of this century's most anticipated attractions and amusement parks. Originally from Southern California, Kling moved to Orlando to work for high-profile clients in the amusement park industry. He now oversees the Orlando-based Themed Experience TV, an online fully programmed network dedicated to the professional aspects of the themed entertainment industry.

“Dark rides are the most effective tool we have to control the guest experience. From the field of view, timing and the designed environment, we are able to control the storytelling,” explains Kling. “Personally, the moment I got off the Indiana Jones Adventure dark ride at Disneyland in California in 1995, I knew I wanted to be a part of theme park design.”

“Dark rides are appealing to the entire family, and that includes the family we choose," he said.

The lack of fully accessible and themed rides beyond thrill rides and the handful of carnival-style flat rides is a common criticism SeaWorld Orlando has received in recent years. Even while building another exposed steel, mostly un-themed coaster at SeaWorld Orlando, rumors say the company is considering replacing a former dark ride at Busch Gardens Williamsburg. This has led some fans to speculate they may soon bring similar dark ride concepts to the Florida parks, which currently offer no fully indoor rides now that their former screen-based dark ride, Antarctica, and their motion simulator, Wild Arctic, have both closed indefinitely.

Kling explains the rise of dark rides is just one aspect of a growing appreciation for themed experiences.

“Leisure and entertainment will always be in demand from the public, and in my opinion, location-based themed experiences are the most immersive and engaging medium we have for people to explore worlds together," he said. "Themed environments, whether a restaurant, bar or theme park, have the ability to transport you to another world.”

For Orlando, this has meant less focus on new attractions and more focus on experiences via immersive in-canon lands, unique food and merchandise found exclusively within that land, and a push to add the latest blockbuster franchises to the parks. Vegas hotels that were working to rid themselves of themes just a few years ago are now spending millions of dollars to enhance their storytelling elements. While animatronic jungle animals may be uncommon these days, themed dining experiences, such as the Mooby’s pop-up and Ford’s Garage, are now seeing a resurgence in interest. Empty retail spaces across the nation are now filled with unique selfie-focused museums that offer immersive surreal experiences that just a few years ago would have been found almost exclusively at amusement and theme parks.

But this rise in themed experiences in retail, dining and other parts of daily life push the amusement industry to lean further into theming in an effort to remain relevant.

This push for ever-more-immersive environments will become even more extreme in just a few weeks when the Star Wars: Galactic Starcruiser begins welcoming passengers in March. This hyper-themed multi-day experience allows Star Wars fans to fully immerse in the worlds of Star Wars for the entirety of a three-day, two-night cruise-like roleplaying experience.

Early indications seem to be that the Star Wars experience may be as much in demand as once anticipated. Despite Disney CEO Bob Chapek telling investors the hotel was fully booked for months, multiple openings became available in recent weeks. These may be due to cruisers canceling their plans when final payments were due. The sudden increase in availability also corresponds with Disney's latest marketing push for the hotel, in which they revealed more details on what to expect in the highly immersive experience. The activities and entertainment offerings fell flat, with many Star Wars fans criticizing the project for not being authentic to the aesthetic of Star Wars.

While companies like Disney and Universal can spend millions on ensuring their rides have the latest technology, Kling cautions that such excesses aren’t needed for an attraction to succeed.

“I’d recommend that parks focus on the story they are telling just as much as the technology. The story must be compelling. I’d also push to have more focus on sets than relying too much on media that can get outdated fast,” he said. 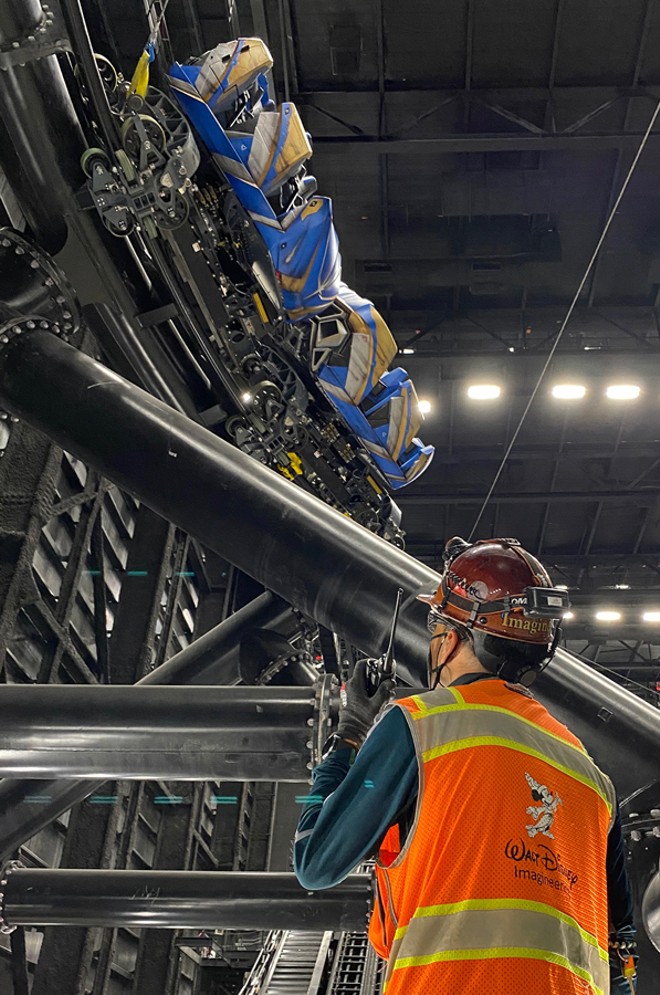