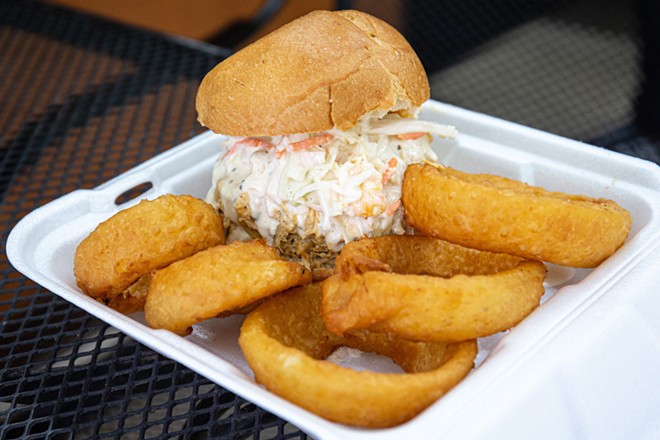 The future of barbecue shop Git-N-Messy was up in the air after the tragic, sudden death of original owner and pitmaster Chuck Cobb earlier this year. However, co-owner Chris Poulos has carried on the Sanford shop and plans to expand into a nearby food hall.


“I got a gift of meeting Chuck,” Poulos told WKMG. “He will always be the creator of this barbecue.”

The owner of Red Eye Sports Tavern, the current home of Git-N-Messy's lone location, hopes to open a second shop inside Henry's Depot. Poulos said the spot will serve as a pilot program for eventual GNM franchises. He added that the idea for a franchise system was hatched before Cobb's passing.


“Our vision with Chuck was to — you know, I’m older and I don’t want to do this forever — so, our vision was to say here’s this young buck (Cobb) and he has all this personality,” Poulos said. “Let’s get this thing off the ground and let’s design something that we can sell as a marketable franchise. So, we came up with the idea of a smaller version — you know, your corner barbecue, but in a retail area — and that was what our vision was.”

The new spot is expected to open in mid-October.