Synth-pop pioneers OMD to kick off 2022 U.S. tour in Orlando 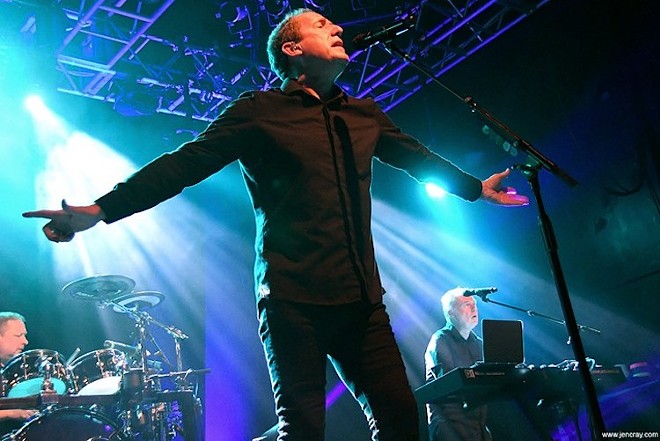 British synth-pop innovators Orchestral Manoeuvres in the Dark are returning to these shores next year for a 40th anniversary North American tour. Yes, they will be returning to play Orlando, but they must have really had a good time when they played here in 2018, because the City Beautiful will be the first date on the jaunt!

OMD will be marking both their band's middle age with the "Souvenir" tour (named after the 1981 tribute to Ian Curtis of Joy Division), a greatest-hits romp that, yes, kicks off at the Plaza Live on Friday, April 22, 2022. The only other Florida date is a show in St. Pete the next night.

OMD, still led by founding members Andy McCluskey and Paul Humphreys, last played in Orlando in 2018 at the Beacham, a show that TLU's Bao Le-Huu called "a marvel of agelessness."

« ZooTampa's Stingray Bay will not re…  |  Scalloping season in Florida begins… »