The 808 will move into the old home of brunch spot and bar Dexter's, which closed abruptly and dramatically in 2019. In a nice bit of serendipity, the name of the planned island-themed restaurant is both a nod to the address of 808 E. Washington St. and the area code of Honolulu. Ulmer, who owns several bars throughout Orlando including the Stardust Lounge and Aku Aku Tiki Bar, is hoping to live up to the reputation that precedes the Washington Avenue location. 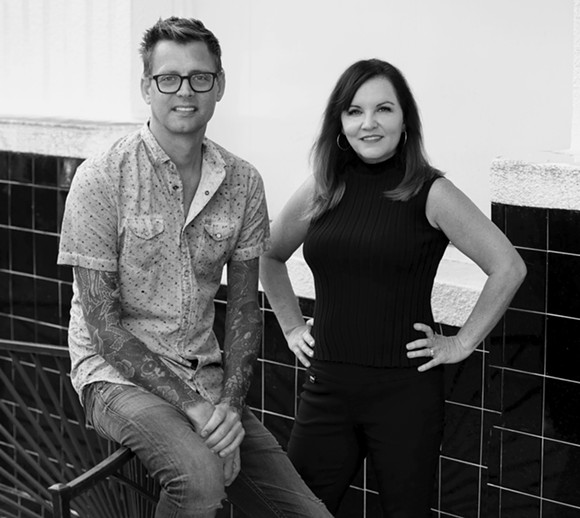 “The old Dexter’s building is an icon in Thornton Park and we are thrilled for the opportunity to put our spin on it and transform it to a fresh new hangout spot for residents and visitors alike,” Ulmer said in a press release.

Connor, the mastermind behind local venues the Abbey and MEZZ, is hoping to contribute to the area's status as a destination for foodies and entertainment-seekers alike.

“We are so impressed with what the teams at Cavo’s and Burton’s are doing to create an area of great food and lively entertainment on Washington Street, and we can’t wait to be a part of it with the 808,” said Connor. “All of the amazing offerings are turning Washington Street into a premier destination in downtown Orlando.”

The owners snagged ghost kitchen chef Daniel Weber to craft their Hawaiian menu. The one-time head of the delivery-only restaurant KitchenAF will cross into the mortal plane with a menu created for a brick-and-mortar space.

Related You can't eat at Orlando's new KitchenAF restaurant, because it's a delivery-only 'ghost kitchen'

You can't eat at Orlando's new KitchenAF restaurant, because it's a delivery-only 'ghost kitchen'
By Jessica Bryce Young
Blogs

“I’m thrilled to be a part of this project and bring my experience as a chef as well as my passion for Hawaiian cuisine to this exciting new endeavor,” Weber said.

The space is expected to open in early summer, though no date has been set.