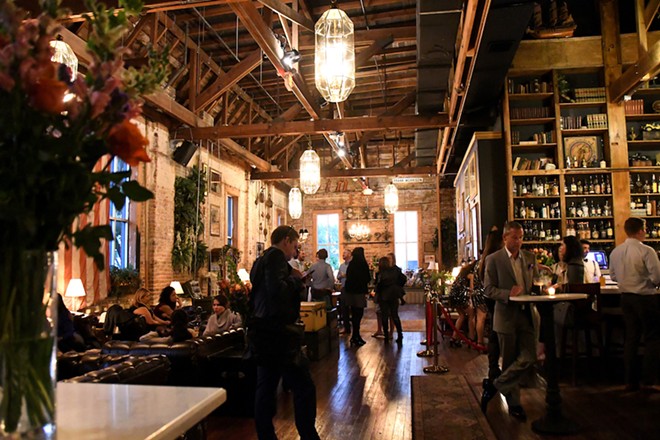 Drinks can flow again at establishments where alcohol licenses were pulled this summer when the state cracked down on violations of coronavirus rules.

Nine alcohol license suspensions issued by the Florida Department of Business and Professional Regulation between June 22 and Aug. 10 have been lifted, department spokesman Patrick Fargason said in an email Tuesday.

“As of Friday, October 2, 2020, all nine (emergency suspension order) cases have been resolved through a final order; therefore, the nine ESOs that were entered have been vacated, and the suspensions have been lifted from each license,” Fargason said.

Gov. Ron DeSantis stopped bars and nightclubs from serving alcohol for on-site consumption as part of an emergency order on March 20 to try to help stop the spread of the virus. The order was lifted on June 5 in all but South Florida, which faced the strongest outbreaks of the virus.

At the time, the state limited bars to 50 percent indoor occupancy and required patrons to be seated at tables when served alcohol.

The suspensions — some of which drew heavy publicity — started with the Knights Pub in Orlando on June 22. The order directed at the Orlando pub noted a disregard for “the well-known dangers of COVID-19” and that the business was “likely” to continue the “harmful business practices and behavior.”

The pub’s suspension was followed by similar actions against Mathers, Shots and Joysticks in downtown Orlando; Le Palace Otown, an adult entertainment club on South OBT in Orlando; the George and Dragon British Tavern in Cocoa Village, and five more bars throughout the state.

On June 26, Department of Business and Professional Regulation Secretary Halsey Beshears re-imposed a ban on onsite consumption of alcohol at bars because he said non-compliance with coronavirus safety guidelines was considered too widespread to enforce. The ban, however, included an exception for establishments that served food.

Beshears announced Sept. 10 that he was rescinding the ban.

Taps reopened at the Knights Pub on Sept. 14, with the business noting on Facebook it was operating under federal Centers for Disease Control and Prevention guidelines and requiring people to reserve a table, as “No walk-ups will be admitted entry!”

The announcement was welcomed by most, although one Facebook user retorted, “I can buy beer at the store and not have to wear a mask or have my personal information collected. Good luck with the new Nazi rules, I'm sure there will be a few alcoholics to keep you somewhat afloat financially.”

Some of the other businesses hit by the suspension had their licenses reinstated earlier.

The owners of the George and Dragon British Tavern on Aug. 28 offered online praise to their attorney for helping get the establishment reopened after its alcohol license was suspended on July 14. The owners also noted additional cleaning was going to be conducted before the doors were unlocked to the public.

At Le Palace Otown, an employee said Monday that service restarted “a long time ago.”