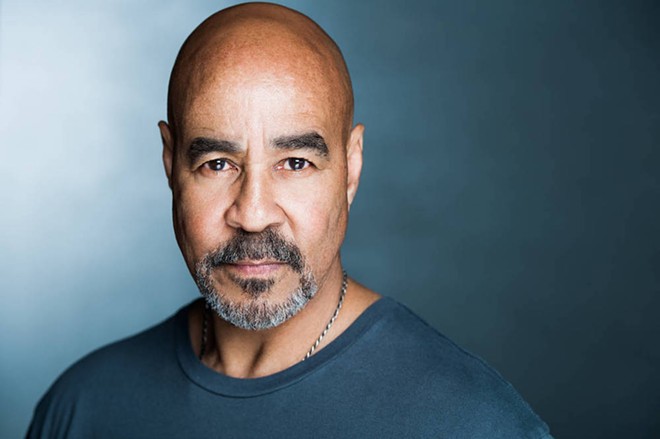 Central Florida theater luminaries will be marking the 12th anniversary of their performance of the play Jesus Hopped the A Train with an exclusive weekend Zoom reprise.

Jesus Hopped the A Train, a gritty look at life in Rikers Island written by Stephen Adly Guirgis, premiered Off Broadway in 2000 – with Philip Seymour Hoffman directing – to widespread acclaim.

In 2008, DiDonna and his Empty Spaces Theatre Co. cohorts staged the work at the Lowndes Shakespeare Center to similarly positive reactions. An Orlando Weekly review published at the time was enthusiastic:

The ensemble cast members admirably anchor their well-cast characters. As the larger-than-life Lucius, Neal gives us one hell of a show; he is a powerful man — in his stature, in his faith, in his demons. His soulful, prayerlike monologue, spoken as he jumps through his exercise routine, is at once funny and pathetic. There are more than a few moments like this in the play — not knowing whether to laugh or cry at the inhumanity of humanity. That's the signature of director John DiDonna, who worked in collaboration with Seth Kubersky and Joel Warren to present the local premiere of the Guirgis sensation.

This is an invite-only performance limited to the local area. To receive password/access information, send a tip in the amount of $15 – instead of a formal ticket purchase – to [email protected] through Paypal and include the code word 'Jesus' and the date of the screening you desire. Proceeds from the show will be split evenly between two charities – Central Florida Entertainment Advocacy and My Brother's Keeper Orlando – and the actors, staff and crew of the show.