Op-ed: It's time for Florida to stop sending kids to adult prisons 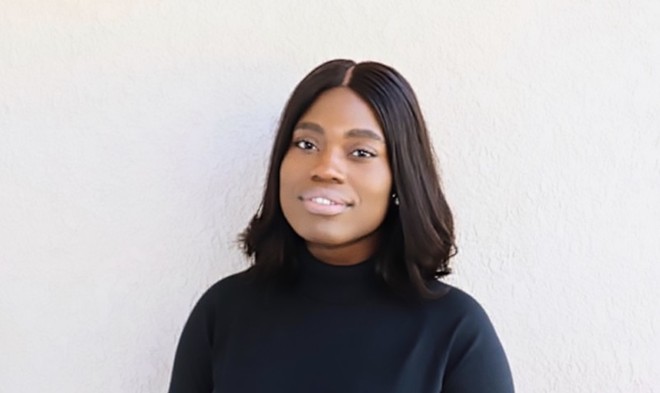 Floridians will cast their ballots in the November 3rd general elections for federal, state, county and district seats. They will choose among state attorney candidates whose policy platforms, if elected, will help shape local criminal justice policies and procedures. It’s an opportune time to shine lights on Florida’s direct file process and its disproportionate impact on Black youths and families. Direct file is the process by which prosecutors — not judges — decide if kids aged 14 and up are tried in adult courts; it strips judges of any power to consider whether to hold them in juvenile facilities or adult jails, before trial.

Florida has no minimum age requirement to be tried as an adult. Every day, approximately 300 youth are held in adult jails, and Florida prosecutes more children as adults than any other state in our country. In eight years — between 2009 and 2017 — this has happened 14,000 times. Studies have consistently shown that sending children to adult prisons is ineffective and does not deter them from future criminal activity. Further, youth who are tried as adults tend to re-offend at a higher rate than those who are tried in juvenile court with similar offenses.

Direct file disproportionately impacts Black youth and their families. Per the Florida Department of Corrections, there are currently 82 kids, up to the age of 17, housed in adult prisons, and 80 percent of them are Black. Additionally, out of the 599 18- and 19-year-olds, 79 percent of them are Black. While being 18 and 19 classifies them as adults, many in that group have been incarcerated in adult prisons since they were under 18. Both Orange and Osceola counties have contributed to these numbers: just last year, 77 percent of the youth who were prosecuted as adults in the circuit were Black. These shocking numbers exist despite the fact that Black children are only 20 percent of Florida’s child population as a whole, while non-Hispanic white children are 41 percent — twice as many.

Florida has no minimum age requirement to be tried as an adult. tweet this
Policies that allow for children to be tried in adult courts are centuries old. However, the evolution of scientific research on children’s psychological development, their culpability and ability to rehabilitate shifted these policies and helped create a system with the goals of educating and rehabilitating instead of punishing. As a result, the Juvenile Justice and Delinquency Prevention Act was passed by Congress in 1974 and called for the separation of adolescent offenders from adult offenders. An amendment in 1980 ordered that children could not be placed in adult jails, with some exceptions. But, from the mid-1970s to 1990s national demands grew for “tough on crime” laws, along with the rising fear of “super-predators,” a term used to predict of a coming wave of juvenile offenders. Almost every state moved away from the preventative and rehabilitative approach and expanded laws that made it easier for children to be tried as adults, even life without parole.

Even though the nation is changing its “tough on crime” tone, Florida has yet to fully embrace significant reform that would reverse some of the state’s outdated and harmful criminal justice policies. Advocates have relentlessly urged the Legislature to pass bills that would reform direct filing, but to no avail. Notably, for the past three years, a version of those bills has been introduced, and each of them failed to become law. The solutions exist, and they are supported by data. Lawmakers should eliminate the use of “direct file,” and mandate due process by allowing judges to review the charge. Under Florida’s statutes, state attorneys can enact and implement these reforms in their respective circuits as well.

Florida’s direct filing process is unjust and detrimental. It relies solely on prosecutorial discretion, and it prioritizes punishment and undermines rehabilitation. Trying kids as adults is ineffective and stands at odds with what science has shown about children’s psychological development. The time to eliminate direct filing is now. Given that state attorneys are on the frontline of this issue, there is an opportunity for voters to weigh in on this smart justice reform on November 3rd.