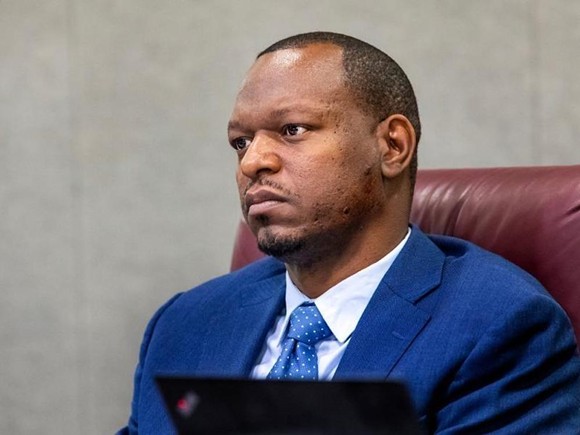 Florida had nearly 222,000 first-time unemployment claims filed last week, the first week of the state’s slow economic reopening under Gov. Ron DeSantis, according to numbers posted Thursday by the U.S. Department of Labor.

Nationally, almost 3 million new jobless claims were filed last week due primarily to the coronavirus pandemic, which has pushed roughly 36.5 million Americans into the unemployment lines since the start of March.

For Florida, the estimated 221,905 claims followed 174,860 during the prior week, according to the federal agency. The state peaked with 506,670 new claims during the week ending April 18.

The Florida Department of Economic Opportunity is scheduled next week to release an April unemployment rate, which could give a fuller picture of the economic damage as businesses shut down or scaled back to prevent spread of the virus. Meanwhile, the department has scrambled to deal with claims backlogs and problems with the CONNECT online unemployment system.

Sen. Randolph Bracy and Sen. Linda Stewart, both Orlando Democrats, received a review Wednesday of the state’s expanded unemployment claims operations in Tallahassee. They said the handling of jobless claims has improved but still needs work.

"The current administration has to prepare better for moments like this," said Sen. Randolph Bracy tweet this
Also, they said the state needs to replace the $77.9 million CONNECT system, which went live in 2013 and is now the subject of an internal investigation at the direction of DeSantis.

“The secretary said DEO (the Department of Economic Opportunity) just doesn’t have the money to put up a new system, but it’s necessary because it’s an antiquated system,” Bracy said. “I just think the current administration has to prepare better for moments like this, so that we don’t have months where constituents have to wait for their unemployment compensation while they’re actively looking for work.”

The latest federal estimate of job losses in Florida came amid the first part of a planned three-phase economic reopening. The first phase started May 4 in most of the state and included allowing elective surgeries at health-care facilities and allowing restaurants and retailers to operate with indoor customer occupancy of 25 percent.

Since then DeSantis, who has continually had to defend the state’s response to the crush of jobless claims, has expanded the opening to include barbers and hair salons.

Many businesses in Florida had already started to shut down or curtail operations in an effort to slow the spread of the virus before DeSantis issued a blanket executive order on April 1 that limited travel and personal interactions outside of homes “to only those necessary to obtain or provide essential services or conduct essential activities.”

From March 15 to Tuesday, the Department of Economic Opportunity reported receiving more than 1.9 million unemployment claims, of which more than 1.4 million were considered “unique.”

The difference was due to duplicates or incomplete paperwork, according to the state.

Of the unique claims, more than 1.1 million had been processed as of Tuesday, with 650,612 deemed eligible for state benefits of up to $275 a week. The other 345,180 had been put in what the state describes as a “verification queue” because of issues involving “fraud detection,” questions about employers and wages, people being from out of state and issues of identity.

Florida, with a 4.3 percent unemployment rate for March that represented 444,000 Floridians out of work, will post its April estimate on May 22. The national unemployment mark hit 14.7 percent in April.