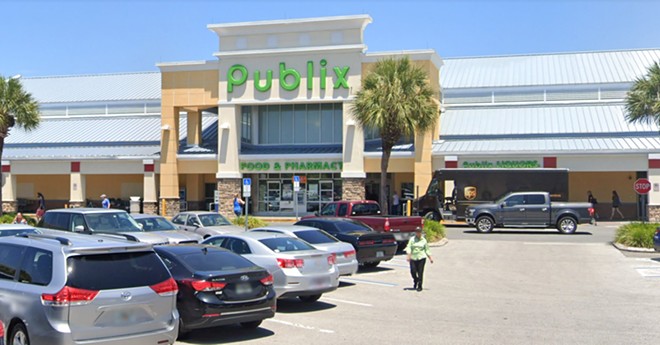 Two Orlando-area Publix grocery store workers have tested positive for the novel coronavirus, according to the company on Thursday.

One employee works at a store south of downtown Orlando, at 2873 S. Orange Ave., and the other near Bithlo at 16825 E. Colonial Drive, east of Orlando.

The S. Orange Ave. store is located a few blocks from Boone High School, and their workforce includes students from the school. The company has not disclosed the ages of the employees or any other details.

The other store, on E. Colonial Drive, is about 19 miles east of downtown, at the intersection of Chuluota Road. It is across the street from East River High School which, like Boone, is closed.

The Lakeland-based company says it is giving two weeks' paid sick leave to those who test positive, as well as to those who came "in close contact" with employees who tested positive. The company also says it expects to see more cases over time, and that the state's inconsistent testing conditions are to blame for not having fully accurate information.

"The testing and reporting of cases by health departments varies widely state-by-state," said company spokesperson Maria Brous to the Orlando Sentinel. "As a result, we cannot fully and accurately report cases in real time, but we have been, and will continue to be, keenly focused on intensive, ongoing protective measures in all our stores."

Despite calling itself the "the largest employee-owned company in the United States," the company has not been granting hazard pay to workers, while allowing shopping-center tenants to go up to two months without paying rent. In March, an online petition launched calling for workers to receive time-and-a-half for their vital role in keeping the community fed. The petition had 13,524 signatures as of Friday.

Publix did not initially allow workers to wear masks or gloves, saying that would "scare away customers." On March 24, the company announced it would begin building plexiglas barriers between shoppers and cashiers, and then finally relented on the gloves and masks March 30, announcing it would allow workers to wear the personal protective items that have become ubiquitous in many crowded spaces.

On April 8, stores started marking aisle floors with tape arrows, to create a one-way direction for shoppers, in an attempt to improve social distancing.

The company has 1,243 stores throughout the southeastern U.S., with 809 locations in Florida. More than 100 of those are in Orange, Osceola, Seminole and Lake counties.