Martin Lawrence returns to his standup roots in Orlando, touring with his 'Lit AF' collection of comedy friends 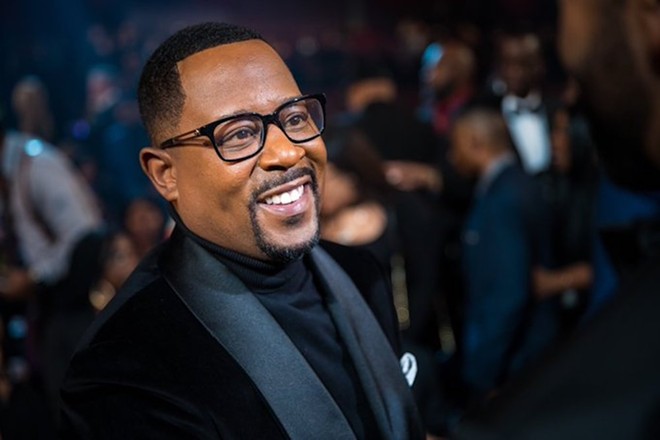 Update, March 13 | This event has been postponed with a new date TBD. A statement from Amway Center read: "The LIT AF Tour hosted by Martin Lawrence originally scheduled for Friday, March 13 is postponed. The rescheduled date is to be determined. Ticket holders are asked to hold onto their tickets as they will be valid for the new date.."


Bad Boys and Martin star of television and silver screen Martin Lawrence is back to his roots of stand-up, hosting a badass collection of comedy friends on the Lit AF Tour. Lawrence, the creator of the acrobatic and absurdist comedy hour You So Crazy, will be performing and hosting. It's a dual skill he mastered hosting Def Comedy Jam, when Marty Mar had crowds convulsing out of their seats before ushering on a wild-ass friend to keep the good times rolling. In typical Lawrence fashion, he continues to keep outrageously funny company; the Lit AF Tour also features Chicago radio king Rickey Smiley, Barbershop and Semi-Pro silly-man DeRay Davis, Def Comedy destroyer Adele Givens and Comicview's Clayton Thomas.

– This story appears in the March 11, 2020, print issue of Orlando Weekly. Stay on top of Central Florida news and views with our weekly Headlines newsletter.

« Beyond coronavirus: The seven bigge…  |  SpaceX prepares to launch the first… »