State Rep. Anna Eskamani picks up a Republican opponent for 2020

First-time candidate Anna Eskamani flipped Florida House District 47 from Republican to Democratic with her win in 2018. The under-30 bundle of political potential – endorsed by the likes of President Barack Obama – built plenty of momentum turning the district blue. That hasn’t scared off a Republican challenger from trying to steer the Orlando seat back in the conservative direction.

Real estate executive Jeremy Sisson has filed as a Republican candidate for the 2020 race. He’s the CEO of downtown Orlando real estate firm Evan James & Associates, and does philanthropic work with the local nonprofit Guys With Ties. 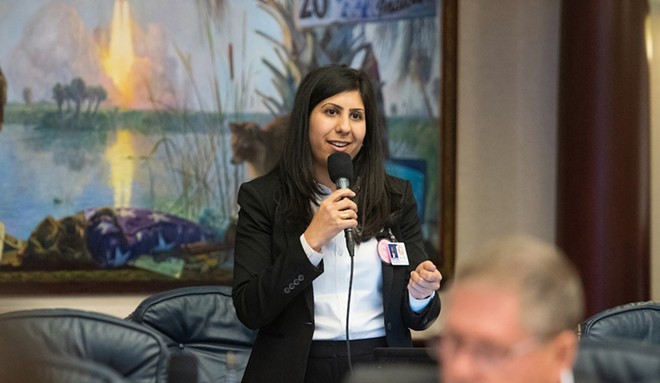 In her first bout with the Republican party, on her way to trouncing opponent Stockton Reeves by over 12 percentage points, the GOP called her vulgar and unfit for office because she used curse words while condemning patriarchy and transphobia.

An email blast from the Eskamani campaign they called the race to flip the seat back "a fight."

The last Republican to rep the district was Mike Miller, who held the seat from 2014 till 2018, until he left to run against U.S. Rep. Stephanie Murphy. Before that, Democrat and now-state Sen. Linda Stewart repped HD 47, which covers parts of Orlando, Winter Park and Belle Isle.