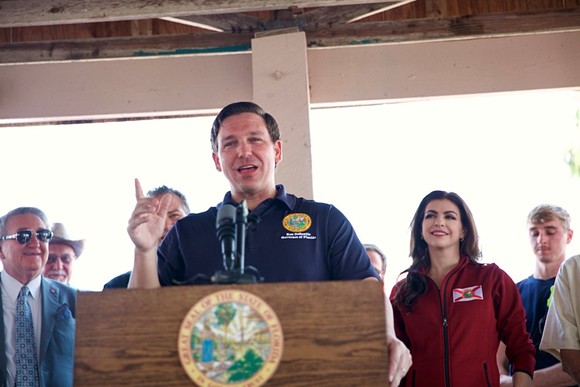 "I'm here to say that I support the direction that these legislators are going," said DeSantis to reporters at a press conference. "I think this is something the legislature should tackle in this coming session. I also say that understanding that, of course, there are going to be issues that need to be addressed, but I'm confident that those issues could be addressed in a way that will maintain college athletics as being a really special thing, but also provide the ability for our student-athletes to benefit just like anybody else would be able to benefit."

At the press conference, DeSantis also said he fondly remembers the days when he was able to play EA’s "NCAA Football," which was discontinued after threat of legislation from former players for using their likeness.

The bill he is referencing is HB 251, which is sponsored by State Rep. Chip LaMarca, R-Lighthouse Point, and Minority Leader Kionne McGhee, D-Miami.

DeSantis joked that while he doesn’t always agree with California’s policies, on this particular issue they’re “on the right track.”

"When I look to see good policy ideas, California is usually not the first place I look, but I think California was on the right track saying that there needs to be reform to athletes being able to use at the collegiate level their name, image and likeness," said DeSantis.

The governor said he hopes his support will result in the NCAA re-evaluating its policy. If passed, the bill would be effective on July 1, 2020.