Traveling usually comes with challenges, but several thousand British tourists could never have expected to be stranded abroad because of their travel firm going under.

The sudden collapse of Thomas Cook, a 178- year-old British travel firm, put a damper on the travel plans of their customers visiting from overseas. Late Sunday night, the company ceased all "trading," announced the end of its operations, and canceled all current and future bookings and flights.

We are sorry to announce that Thomas Cook has ceased trading with immediate effect.

As one of the oldest travel companies in the world, founded in 1841 as Thomas Cook & Son, Thomas Cook's total collapse was unexpected. According to the Wall Street Journal, Thomas Cook Group PLC said they "failed to secure new funding to keep it going through the winter season, and entered compulsory liquidation.” 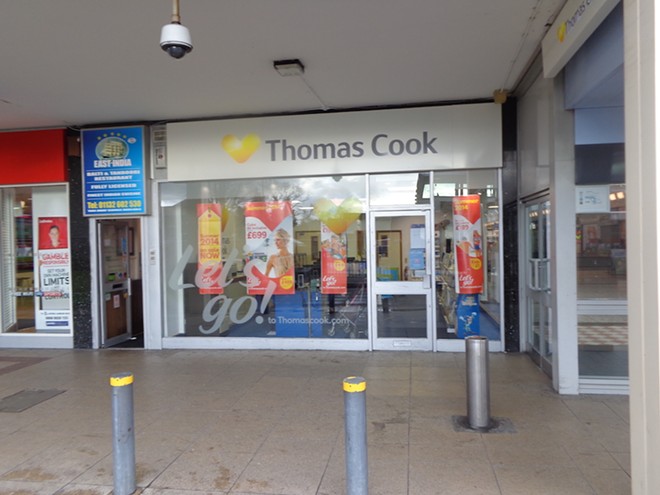 Fast Company reports that the firm, worth $2.3 billion just 18 months ago, struggled with a “disastrous merger” with MyTravel, along with Brexit, growing debt and a bankruptcy eight years ago.

Over the past five years, Thomas Cook has operated at the Orlando International Airport (MCO) but closed up shop with a historic final flight that departed from MCO last night and landed in Manchester this morning.

We contacted MCO Public Affairs seeking the total number of tourists stuck in Orlando whose flights were canceled.  They could not provide an answer, and referred us to their latest press release. The press release also did not contain that information, so we are unable to provide an estimate of how many passengers are seeking a way back home.

In the midst of the U.K.’s largest repatriation since World War II, the British government is working on flights to retrieve more than 250,000 Thomas Cook customers.

Later this afternoon, there will be two relief flights for Thomas Cook passengers with Atlas Air and Virgin Atlantic that will depart from MCO.

Repatriation flights will be ongoing for a two-week period until Oct. 6.
Passengers with a departure date beyond Oct. 6 will have to make additional travel arrangements, so good luck to those who already paid for tickets to cross the pond. Stay on top of Orlando news and views. Sign up for our weekly Headlines newsletter.