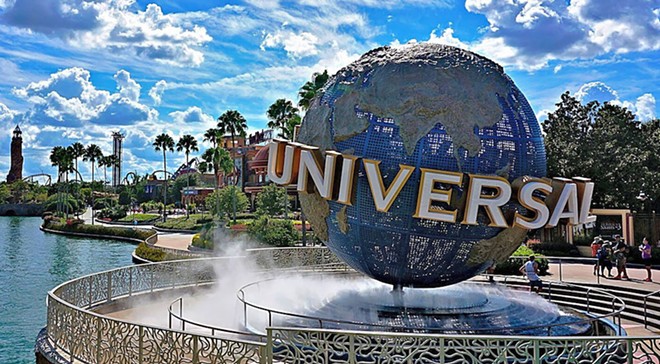 Universal Orlando's announcement of their new theme park, Epic Universe, on Thursday included the news that the 14,000 workers expected to be hired will receive a base pay of $15 an hour.

Universal already employs approximately 25,000 people, and the new park will make Florida the state with the most Comcast NBCUniversal Employees.

The park represents another front in their competition with Walt Disney World in Central Florida – just not in the way you think.

In August 2018, Walt Disney Resort, which employs around 70,000 people in Central Florida, and its largest labor union reached a four-year agreement to raise its starting minimum wage to $15 an hour by October 2021. Universal's move today is simply their competitor following suit.

At a time when retailers are struggling to attract workers, Universal and Disney will have to compete for workers as well as visitors. The way to accomplish that is by paying competitive wages. Corporations are also increasingly conscious of public perception, and 67% of Americans support a $15 an hour federal minimum wage.

The new park is expected to add $11.5 billion to the Florida economy, according to an economic impact study by UCF professor Sean Snaith.

The boost in pay to hourly workers also comes at a time when Orlando needs it. A 2018 study from the Bureau of Labor Statistics found that among the 50 largest metro areas in the United States, Orlando fell dead last in hourly median wage, at $15.94 an hour.

For reference, MIT calculated that a living wage for one adult in Orange County is $12.70 an hour. For an adult with a child, that wage jumps to $25.19 an hour. Florida's minimum wage is $8.46 an hour, around the median for all U.S states.

While the federal government hasn't yet passed a bill yet to raise the minimum wage, some states and cities are already taking it into their own hands. In 2018, Austin, Texas, raised the minimum wage of regular employees to $15 an hour. In Seattle, workers for corporations with more than 500 employees make $16 an hour while others make $12 an hour –  with that latter rate scheduled to reach $15 by 2021. In Indianapolis, only businesses that pay workers $18/hour and give them access to health care are eligible for tax incentives.

Maryland and New Jersey are expected to reach $15/hour by 2024, and Illinois by 2025. As wages increase in some places, economists will be able to study how a national boost to pay will affect businesses and workers.

A 2019 study by the Congressional Budget Office (CBO) determined that raising the federal minimum wage to $15 an hour would increase the pay of 17 million people, lift 1.3 million out of poverty, and put another 1.3 million out of work.

In 2019, the University of Washington published two papers studying the effects of rising wages in Seattle. The first found that more than half of Seattle childcare businesses had either raised prices on child tuition or reduced staff hours. The second found that there was no evidence of supermarkets raising prices due to wage hikes.

Floridians may have to wait until 2020 to see if pay can be increased through legislation, but real change may come down to mega-corporations wanting to attract employees to create a living wage for Orlando workers.